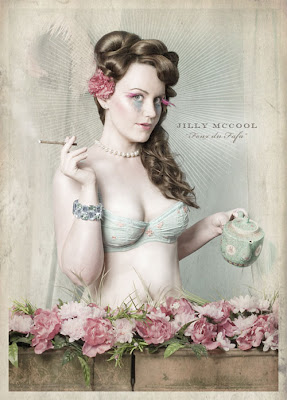 When Wall Street crashed and his American clients stopped coming to Paris, Jean Patou asked his house perfumer Henri Alméras to compose a perfume, to send them as a gift. Thumbing its nose at plummeting portfolios and exhuding opulence, Joy was officially launched two years later, in 1932, with the slogan “The most expensive perfume in the world”… Joy’s soaring rose-jasmine duet set the template for utter luxury à la française: the Queen of Flowers and the one called “La Fleur” in Grasse. The very essence of perfume.

Today, we don’t call it a crash, but a downturn. And the rich clients who’ve stopped pillaging the Paris luxury emporiums are no longer Americans but Russians – though throngs of Middle-Eastern customers still crowd around high-end perfumery counters. Still, you’ve got to wonder whether it’s a coincidence that Thierry Wasser chose, for his first mainstream feminine launch since his nomination as Guerlain’s in-house perfumer, to offer the world an opulent rose and jasmine symphony…

Idylle isn’t the new “world’s most expensive perfume” but it does give off an expansive, zaftig vibe: Bulgarian rose with a faint metallic edge, riding on a wave of hedione – the type of youthful, fresh rose we’ve been smelling lately, for instance in Narciso Rodriguez Essence . The rose-jasmine blend is held together by a great big muguet, with peony lightening up the rose and a sweeter note of lilac somewhere in the background (all three flowers are, of course lab creatures since their essence cannot be extracted; all have rose facets). Freesia is also listed but not strongly apparent except as a wisp of ionones.

The inclusion of prominent muguet and lilac notes is always something of a challenge because they’ve been so widely used now in functional perfumery, but Idylle steers clear of the room-freshener pitfall. No shades of Glade: Idylle is all English garden – complete with the wet-earth note of patchouli and a touch of (synthetic) moss – blowsy and a little disheveled, drowned in a huge, fluffy, cottony cloud of white musk. Whether the rose or the jasmine plays up seems to be entirely a matter of skin: on me, jasmine avalanche. On my co-tester, total rose bush. But definitely all woman.

So… you say. When’s she going to talk about the tonka bean and vanilla? Could it be that this is this a Guerlain without tonka or vanilla?

It is. Not a dab of Guerlinade in this baby. The base, in Idylle, is what Guerlain has been presenting as its “contemporary interpretation”, dubbed the “muscinade” – of the type found in L’Instant and its flankers, Cruel Gardénia or Wasser’s own Iris Ganache.

I mean, what's a boy to do? Slavishly copy the house-style and come up with what would have to be a sub-Jacques or Jean-Paul G.? Understandably, Thierry Wasser wanted to find his bearings by working entirely on his own, without consulting Jean-Paul Guerlain, as he did for Guerlain Homme, or Sylvaine Delacourte, Guerlain’s director of development, who has co-authored the compositions of all the “guest-perfumers” to date. The path Thierry Wasser chose veers quite significantly away from the Guerlain’s (Jacques and Jean-Paul) style, or even the brash berry-violet splash of Maurice Roucel’s Insolence.

In an interview given in March to the Swiss state television, Wasser stated that “we’re all trying to do a J’adore.” Clearly, Idylle is his bid for a mainstream blockbuster. Which it could well be: an extraverted, joyful bouquet wrapped in gauzy musk for fruity-floral graduates. And you don’t even have to be Russian oligarch arm-candy to afford it.