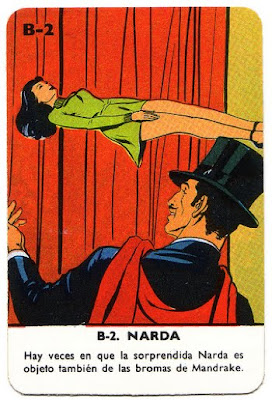 Mandragore is an oddball little scent: a sparkling bergamot rendered both candy-like and vaguely un-edible by the adjunction of star anise, black pepper, ginger and mint. A poison – or potion – disguised as a sweet. The effect is that of chewing on a citrus rind and burning your tongue with the pungent, fragrant oil. Perhaps that’s the idea behind giving such a perky fragrance the name of a fetid-smelling plant, known for its toxicity as well as its hallucinogenic, aphrodisiac and magical properties (fecundated at the foot of the scaffold by a hanged man’s sperm and extracted at the full moon, the man-shaped mandrake root could turn into a homunculus who would bring its owner great wealth and numerous offspring.)

Camille Goutal has said that the idea behind the name had a lot more to do with reading Harry Potter than with black magic. But I suspect someone at Goutal may have had a sly sense of humour when they presented Mandragore in a purple bottle, and added “pourpre” as an adjective to the name of the new flanker: “Mandrake Root” is a song from Deep Purple’s debut album in 1968. Not necessarily a fragrant association, but there you go: this is the Wikipedia school of blogging. Though I kind of like the idea of a Deep Purple perfume.

Mandragore Pourpre is to Mandragore what Les Nuits d’Hadrien are to L’Eau d’Hadrien: an orientalized version of a citrus splash, with a deeper, patchouli-amber base.

Mandragore’s original notes are bolstered by the addition of new, contiguous but more tenacious notes. The aromatic facet of bergamot is intensified and prolonged by rosemary and myrtle, which gives Mandragore Pourpre an almost medicinal opening. Incense adds a cool, burnt note to the black pepper. With its anise-like roundness, heliotropin prolongs and diffuses the star-anise note, while geranium intensifies its coolness feel. Amber deepens and softens the ginger.

While it is longer-lasting than the famously fleeting Mandrogore, Mandragore Pourpre still doesn’t hang around for more than three or four hours, but in its initial stages, it’s got quite a bit of throw. And though it’s a flanker, it’s still very much its own strange little potion of a fragrance – the offspring of Annick Menardo’s Lolita Lempicka and Germaine Cellier’s Monsieur Balmain, conceived under a full moon by Isabelle Doyen. Now that’s quite a coven of witches, isn’t it?