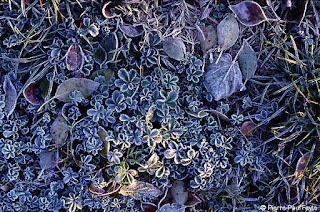 After a creepily balmy Christmas both in Montreal and Paris, winter has come back with a bite. This is a time, traditionally, to pull out our sultriest ambers (Nicolaï’s Ambre Cashmere is a recent favorite) and to crank up the heat with scorching spices (Aedes’ Oeillet Bengale is still going strong). But for a change, and because I can’t say I’ve found new loves since our Top 10 of 2015 a couple of weeks ago, I’ve decided to dig into my collection to pull out scents that conjure snow, frost, ice or winter skies. As fuzzy an object as ever was, scent is uniquely ductile when it comes to lending itself to all sorts of similes and metaphors, so why not indulge in the exercise?

N°22 (Chanel)
If Ernest Beaux famously said he conceived N°5 while thinking of the icy lakes and rivers of the Arctic Circle, N°22, created in the same series, can similarly conjure images of winter: a blizzard in a hothouse, frosty aldehydes settling on white petals in a creamy swirl.

N°18 (Chanel)
As limpid as an icicle tinged by dawn with pink and mauve (rosy ambrette, powdery iris), N°18 is a paradox: a scent with tremendous character that somehow has the transparency of a non-scent.(Click here for the full review)

Eau Aztèque (Iunx)
In your next Paris perfume pilgrimage, hop over to the Left Bank, where Olivia Giacobetti reopened a boutique dedicated to her brand Iunx. On my first visit, I impulse-bought Eau Aztèque, sold as “a water to fly from winter to summer”. A work on ambrette and rose like N°18, though rather than ice, its rosewater and vanilla-laced musk evokes the comforting fluffiness of a freshly-fallen coat of snow.
Cuir d’Ange (Hermès)
Jean-Claude Ellena’s floral leather conjures the pristine flurries that we Quebeckers call poudrerie – powdery snow blown upwards from snowdrifts by gusts of wind. Or by the white wings of angels? (Click here for the full review)

de Bachmakov (The Different Company)
A tribute to its co-founder Thierry de Bachmakov’s Russian roots and one of Céline Ellena’s last collaborations with the brand, this limpid scent still stands as one of its best offerings. A blade of bison grass shooting through an icy pond; the peppery burn of Artic winds; the serenity of the steppe.

Shalimar Eau de Cologne (Guerlain)
Unlike the moist floral Souffle de Parfum, which strayed so far from the original it barely deserved to bear its name, this Eau de Cologne is recognizably Shalimar, though with a sharper, lemon sherbet-y bite: the tang of a snowflake melting on the tongue.

Alaïa Paris (Alaïa)
The Tunisian-born designer’s brief was cool water splashing on a burning wall, yet something of Alaïa Paris’s original take on aquatic – mineral and inky rather than iodic or melony – reminds me of the smell of snow. (Click here for the full review)

Noël (Annick Goutal)
Christmas may be behind us, but I’ll be clinging to my Noël scent diffuser (reeds in a bottle of scented oil) as long as my heater’s on. With its raspy green effects and candied fruit notes, Noël brings out the connection between mandarin rind and fir resin. This is a yearly limited edition, but it still seems to be available.

Filles en Aiguille (Serge Lutens)
The aiguilles in the name may refer to sewing needles or stilettoes, but the scent draws us straight into the coniferous forests of fairy tales – there be ogres, witches and bears out there… A simple, salubrious and oddly comforting blend. (Click here for the full review)

Wazamba (Parfum d’Empire)
Though named after a West-African musical instrument and a blend of essences sacred to various cultures, Wazamba also brings to mind wintery pine forests – its aldehydic incense accord a cold, mineral note underlying the warmth of balsams, with a wisp of smoke rising from some distant hearth… (Click here for the full review)

For more seasonal round-ups, please visit my friends at: