The International Circle of Perfumer-Creators: a new organization to defend the profession


“Perfumer, your name is nobody”, Yuri Gutsatz (founder of Le Jardin Retrouvé) once famously said.

Today, as the Société Française des Parfumeurs – the largest such organization in the world, with over 700 paid-up members – celebrates its 70th anniversary, noses are no longer hidden in their labs. Following the double lead of Frédéric Malle, the first to put their names on labels, and of the online perfume culture, which devised its politique des auteurs by singling out perfumers with strong signatures, the industry now shoves perfumers in the spotlight to promote its products, and their presence in the media has never been more prominent.

Yet this is far from a Golden Age. Re-labeling perfumers “olfactory artists” doesn’t even begin solve the much more basic issues plaguing the profession.For instance:

1/ There is no official perfumer’s diploma: the training dispensed by ISIPCA is in “formulation and evaluation”.

2/ Though perfumery requires just as much training and competence as law or medicine, there is no professional order recognizing the legitimacy of professionals.

3/ As a result, just about anybody and his sister can become self-proclaimed perfumers, or even “master perfumers” (an honorific title bestowed in certain companies to their most senior noses).
Thus, the owners of many niche brands can pretend to be the authors of the products they sell. A gray area at best, since in some brands, the owner/artistic director genuinely collaborates with one or several perfumers to express an original vision, while in others, they just buy juices off the shelf in composition houses and pretend they've done the job themselves.

4/ Courts of law don’t acknowledge perfume formulas as “intellectual work” but simply as the application of know-how, which prevents the legal protection of formulas, and leaves perfumers (or creative teams) bereft of anything even approaching the status of artists, authors, composers or software developers.

5/ The profession has never truly united to defend its palette against the onslaught of regulators – IFRA isn’t necessarily the biggest bogeyman here: it is the EU regulations that have force of law. And noises say they’re about to get very nasty indeed.

For all of these reasons, the SFP has put together a new body, the Cercle International des parfumeurs-créateurs [International Circle of Perfumer-Creators], whose founding members are Raymond Chailland and Maurice Maurin (both former presidents of the SFP), Patricia de Nicolaï (president of the Osmothèque), François Robert (son of Guy Robert, Quintessence Fragrances), Dominique Ropion (IFF), Maurice Roucel (Symrise), Christopher Sheldrake (Chanel) and Thierry Wasser (Guerlain).

Its foundation was announced by the perfumer Raymond Chaillan in a speech co-authored with Maurice Maurin, at the SFP’s 70th anniversary celebration on September 27th in Paris.

Here is my verbatim translation of the speech.

RAYMOND CHAILLAN’S SPEECH FOR THE 70th ANNIVERSARY OF THE SFP

The first statutes of the perfumers of Grasse were registered in 1724. The guarantors were the syndics and deputies elected by the town’s general assembly. To belong to the corporation of syndics, at least ten years of apprenticeship were required. The aspirant was questioned by at least four masters who ordered the execution of a masterpiece.
Grasse industrialists perpetuated this practice, at least in spirit, up to the globalization of perfumery and the emergence of international companies producing raw materials, then compositions. In Grasse, there were 50 factories in 1850, 30 in 1940. There are less than 5 today.

This glimpse into the past demonstrates, if need be, that the perfumer’s trade requires lengthy training. Are we ever done discovering its mysteries?
It also shows us that if the presentation of a masterpiece was required, it was because this trade and those who practiced it were highly regarded, without necessarily calling it ART. The production companies were responsible for training and recognition.

Physicians, lawyers, architects, craftsmen are members of an order or organization which acknowledges their legitimacy. We, perfumers, are nowhere. And perfumes are not considered “intellectual work”, but at most, the result of know-how! This is what we’re told.

We have studied the possibility of founding an Order. Too long, too complicated, a bit pompous and too risky. The founding members – Raymond Chaillan (excuse me for the alphabetical order), Maurice Maurin, Patricia de Nicolaï, François Robert, Dominique Ropion, Maurice Roucel, Christopher Sheldrake, Thierry Wasser – decided on CERCLE INTERNATIONAL DES PARFUMEURS-CREATEURS [International Circle of Perfumer-Creators] with a slight regret we couldn’t use “perfume composer” which was harder to protect legally.

To reach this stage, we sent an email to all the perfumers who were members of the SFP [French Society of Perfumers] to ask them their opinion on the project. 80% replied, and 100% of the responses were positive and often enthusiastic.
On the strength of this legitimacy, of this foundation, we were able to go forward in our reflection and to set up a Comité des Sages [Wise Persons Committee]. There was nothing occult, secret or hidden at any point. No cronyism! Don’t worry, no one will be forgotten! Our next meeting is at the end of October.

This Comité des Sages brings together 29 perfumers, men and women, as well as our President Patrick Saint Yves. In our choices – we had to proceed by co-optation – we were careful to be as equitable as possible, both geographically and in the various specialties of our trade. We don’t distinguish between perfumers on the deck and other in the hold of the ship! We need passion and very hot water to run our mill!

The constituent assembly of this Committee was held on June 13th at the Ministry of Culture. An unhoped-for transition! This was the very place where in January, the Minister, in a beautiful speech – just before bestowing on some of us the order of Chevalier des Arts et des Lettres – had hoped that “like the intelligence of the hand, the intelligence of the nose [would be] acknowledged as a métier d’art [craft seen as an art form]… Perfumers play a major role in the French cultural heritage and they should be supported in order to ensure the transmission of their know-how as well as their creative freedom. Whether independent, working for composition houses or for luxury brands, perfumers have a full-fledged place in the French cultural landscape.”
Needless to say, this event greatly boosted our project even as newspapers, weekly magazines, the Cité des Sciences, the CNRS, the Sorbonne, the INRA are speaking of perfume and its philosophy, olfaction and its mechanisms… There is a sudden and incredible interest for the rehabilitated sense of smell. And therefore, for perfumers and their peculiar trade.

So? Why not stay put since everything is going so well?
If those who make niche perfumery, which is a significant part of our business because of the quality and research it puts into its products, just settled for being publishers, why not? Creativity would stay in its rightful place. But this isn’t the case: they shamelessly appropriate the creation of perfumes they buy from specialized companies.

Defining and defending this difficult trade, bringing together all the genuine perfumer-creators, ensuring links with teaching centers, collaborating with the Osmothèque, institutions, IFRA, the European Commission, the press, saying it is no longer possible to reduce again and again our palette of naturals, that creativity is being jeopardized, that it is reaching its limits, that all the indicators are red, and that entire swathes of our French heritage are threatened to crumble, to disappear: these could be the essential functions of our Circle.

It is within this framework, under the aegis of the SFP and its president, that the Comité des Sages was brought together. The Circle will be a body of the SFP. Its legal status has yet to be established.

I have tried to be brief. But some things need to be said. We don’t always have such a quality audience!  Our fondest wish of course is that our new Minister of Culture will understand and support our endeavor, that industry leaders too will understand that our sole ambition is to defend our trade. We want them to understand the force we represent, the place we occupy by our unique know-how. We stand against the insidious appearance of a spontaneous generation of opportunists masquerading as perfumers, who set up as Noses in two clicks on the internet, despite being total strangers to normal channels, appropriating a recognition they don’t deserve, offering hazardous blends to unsuspecting consumers, usurping the title of perfumer, to which we want to give a meaning.

We must reconquer our Art of composition, of writing, with the understanding, assent and support of the whole industry, from producers to brands. To manage and prepare the future. In time, things will find their rightful order. 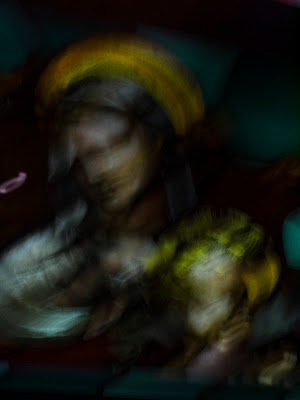