Parfums de Nicolaï Odalisque: Anything but an Oriental


Patricia de Nicolaï’s Odalisque is one of those white floral symphonies on which nobody really seems to agree: is it a lily of the valley? A tuberose? A gardenia? A jasmine? Or even an iris?

Check, on all of those flowers. The resulting blend gives Odalisque the hazy contours of a lovely face filmed through gauze... A lovely face that could be the Brooklyn-born Gene Tierney’s, playing an exotic femme fatale (she was a harem girl, a Russian, an Italian, an Egyptian princess, and twice a Chinese half-caste). Undefinedly foreign, but actually all-American.

And despite its name – I could never quite understand the logic behind the christening of some of Nicolaï’s fragrances – Odalisque is no more about harem girls than Ingres’ Grande Odalisque. Perhaps even less so, since unlike perfumes from the “oriental” family, which were Western fantasies of the Orient in the same way as most 19th century Orientalist paintings, Odalisque is pretty much a Big White 80s Floral, in the grand French manner.

But unlike its predecessors Giorgio (1981), Jardins de Bagatelle (1983) and Poison (1985), Odalisque¸ launched in 1989, has removed the shoulder pads and muted her tone. It isn’t a hard-hitter, but a haze. The tuberose is no more than a hot pink brightness with a mint-cool blush; the gardenia is a traditional “gardenia parfumeur”, i.e. the rendering of gardenia in classic perfumery rather than a portrait of the living flower with its slight mushroom stink. The lily of the valley is an abstract, fresh green feel. The jasmine is barely a whisper, underlined by a fruity note (listed as bergamot and mandarin, but it smells a lot like apricot to me), that brings to mind the much later Dior J’Adore (1999).

There is also some interesting action going on underneath the powdery iris-musk cloud halo, with a tiny hint of Shalimar (the warm, ambery opoponax) and the unmistakable woodland whiff of Evernia Prunastri. It is the oakmoss that grounds Odalisque’s diva-ish white floral accord by lending it an intriguing bitterness, and pulls it towards the chypre family (the PdN website lists it as a green chypre).

The scent is beautifully composed, a little retro and excellent value for the money, if you don’t care for packaging (the Parfums de Nicolaï bottles and boxes could definitely stand some revamping: they don’t do justice to the quality of the line).

If you love Odalisque, though, I would advise stocking up immediately: because of the oak moss, it is definitely slated for reformulation. 
Have you ever learned of the launch of a new niche line and sighed oh no, not another one? I swear, every time I read Now Smell This I find some other brand’s popped up overnight like a mushroom (bless you Robin, I don’t know how you keep up); over half of Sniffapalooza Magazine is dedicated to lovely people I’ve never heard of (no reflection on the people, just on their necessarily limited distribution system). Every week, envelopes appear in my mailbox, stuffed with tiny vials sent by my online friends. Heeeeeeeeelp!

I mean, good God, the mainstream’s hard enough to catch up with as it is. Just keeping pace with Guerlain could be a full-time job. But across the Atlantic, micro-niche lines seem to be proliferating like Gremlins after midnight when you let them drink; Italy is fairly festering with them; even Sweden’s joined the game (smell the Neotantrics and repent), for Freya’s sake…

Okay, so I’m very happy lots of people are getting to play with aromatic materials in their kitchen/basement/backyard shack and coming up with something pretty: I’m all for DIY and self-fulfillment. If they can make a little money out of it, more power to them.

Of course, some self-taught perfumers are clearly no amateurs; a few are true artists (Andy Tauer and Vero Kern, who did train at Cinquième Sens, come to mind). But lots of what I smell coming out of the artisanal perfumery business pretty much limits itself to repeating what mainstream perfumery has been doing for years: daughters of Shalimar, sons of Paco Rabanne pour Homme, sundry limbs of Miss Dior in the best of cases; toilet freshener in the worst. Hey, that’s probably a lot better than I could do and I salute those people.

I’m also glad that the graduates of the perfumery schools in Versailles and Grasse are getting to sell their work to the new niche brands, because clearly, despite the “I learned to mix perfumes with my grand-mother in the kitchen” back-stories you get from the people at the helm of some of those brands, there usually is someone competent writing those formulas in some lab: a ghost-perfumer, as it were.

Trouble is, the neo-niche brand owners often get sold formulas that are far from ground-breaking – the Italians in particular seem to specialize in blockbuster clones (yes, Profumum, I’m looking at you) – or that seem to have been languishing on a lab shelf until they could be fobbed off to a brand owner who can’t afford full-scale development, and can’t tell his Opium pour Homme from his Brut.

In the best cases, the brand owners are in earnest, and just don’t have enough perfume culture to recognize they’re being taken along for a ride; in the worst, they are cynical, and just want to make money from the niche boom by sticking their name on a line of bottles.

That un-bought formula offered up by the lab could have been genuinely too offbeat, too groundbreaking to be sold to big clients: often, though, you get the feeling the labs are just happy to recoup a little money from the time their perfumers put into tweaking a variation of this or a clone of that.

If the niche client has a large enough budget, those variations could actually be a lot better than original versions or templates that have been cheapened over the years, because the materials are better. Those are the canny industry players who can afford gleaming counters in department stores and big beautiful black bottles: they’re expensive, but they don’t cheat.

And then, every once in a while, you get someone who launches a niche brand and gets a perfumer who is sincerely interested in their vision (LesNez, Parfums DelRae, for instance), providing stuff that would be good enough to go out and compete with the big guys if the mainstream market weren’t already so flooded with rushed releases (the actual fragrance just being an afterthought) and derivative dreck. Or fragrances that genuinely veer off beaten paths, and herald new schools of perfumery.

Once upon a time, there were a few people who had a vision, a distinctive personality that they managed to translate into beautiful stuff you couldn’t find in department stores anymore because perfume houses had sold their soul to marketing. L’Artisan Parfumeur, Annick Goutal, Serge Lutens, Frédéric Malle offered us something outside the mall. Those are still the people who are (mostly) putting out things worth seeking out. These days, though, there really doesn’t seem to be that much difference between mainstream and niche except for the price tag.

But, for all it’s worth, I’ll keep on sniffing. 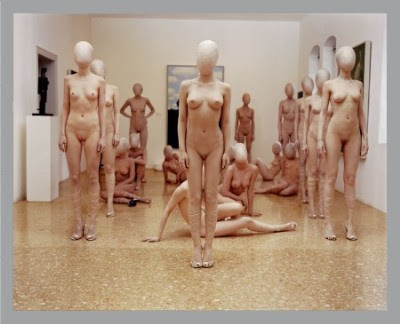