A Curious Case of Cloning… The Party in Manhattan 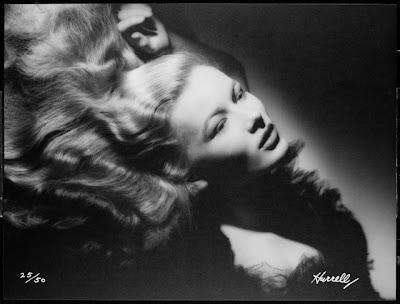 Talk about being late to the party… A couple of years late, at least. Nevertheless, I was thrilled when my friend Tara showed up with a sample of The Party in Manhattan, which as far as I can tell isn’t available in Paris.

And what a lovely scent it is. A fruity lactonic chypre with a distinct peach top note wrapped in a whiff of civet, a rose- jasmine heart and an oakmoss/patchouli/amber base… What’s not to love?

Except. That. I already own this scent. Or its twin. Acqua di Parma Profumo, in its pre-reformulated version (it was excellent remade by Nathalie Lorson last year). Not absolutely the same, but I’d be willing to bet the formulas to those two are practically identical, though the suppliers may be different (the peach in The Party takes on a more candied flavor because of the banana facet of jasmone).

A quick Google search… Yes, it figures. Who’s behind The Party? One Paolo Borgomanero, the very same gentleman who re-launched the Acqua di Parma line, along with Diego della Valle (Tod’s) and Luca di Montezemolo (Ferrari) in 1993, before selling 50% of it to LVMH in 2001 (it became sole owner in 2003).

Did il Signore Borgomanero take a few formulas along when he started The Party? Acqua di Parma Profumo is, according to the brand’s website, a 1930s formula, though no trace of the fragrance has been found in period magazines by Octavian Coifan, who owns quite a collection of them (which doesn’t mean it didn’t exist, but may point towards a little historical creativity). As for The Party in Manhattan, the inspiration is supposed to be a 1930s scent: the website doesn't say which, but inan interview given by Mr. Borgomanero to Cosmetics Business, he says it was called Galore.

Well, fiddledeedee. Galore, still in production, is a Germaine Monteil scent launched in 1964, and not a chypre, for that matter.

That’s quite a distinguished lineage for The Party, though not an entirely legitimate one. But as Profumo has been reformulated, Que Sais-je? is discontinued (though the 1980s re-edition orchestrated by Jean Kerléo can still be found online) and Mitsouko is… well, never mind, The Party can still be warmly recommended to vintage-style chypre lovers. The Perfume Posse trio who reviewed it found it quite high on the skank-meter: I don’t find it particularly dirty, but then, maybe my indole-setting is particularly high…