My Top Fragrances for Fall 2016 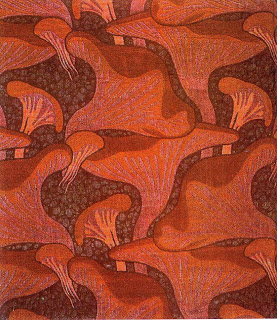 ELLA, Arquiste
It’s a tribute to Carlos Huber’s taste and Rodrigo Flores Roux’s peerless ability that Ella smells like a mash-up of every 70s chypre rubbed in sweat and venomous sap, without ever devolving into a hot mess -- except the most pleasurable type. One of my biggest perfume thrills of the year. More about it here.

Kimonanthe, Diptyque
Fabrice Pellegrin’s best work comes in two types of flavors: the materials-driven soliflore (as in Diptyque’s “Essences Insensées” collection). And the weirdos, like By Kilian’s cannabis-inspired Smoke for the Soul or Dear Rose’s mint-and-patchouli Mentha Religiosa. Named after the wintersweet blossom and based on zukoh, a Japanese powdered incense, Kimonanthe belongs to the latter group. Sweet and unusually camphoraceous, the scent comes strikingly close to its model and is therefore just off-kilter -- foreign -- enough to be fascinating.

L’Air du temps: Le Crépuscule,  Nina Ricci
Out in November, Calice Becker’s two limited-edition variations on L’Air du Temps, L’Aube and Le Crépuscule (“dawn” and “twilight”) extrapolate their accords from the original formula, an olfactory form so fertile it spawned Fracas, Fidji and Paris. In Le Crépuscule, Becker tugs out the benzyl salicylate used in the carnation accord to grow Mirabilis jalapa, known in French as belle-de-nuit (“beauty of the night”). Green, moist and indolic, with a faint whiff of tropical fruit, the scent smells like an actual flower, even if you’ve never stuck your nose in a Mirabilis jalapa blossom. Arrestingly lovely.

“Les Extraits Verts” collection, Tom Ford
Like Arquiste’s ELLA and EL, Tom Ford’s new “Les Extraits Verts” collection specifically references the 70s (this being Tom Ford, of course they decade is dubbed “decadent”). The vernal Vert Bohème falls somewhere between N°19 and Vero Kern’s Mito on the galbanum-hyacinth scale (did TF recycle the formula of his discontinued Ombre de Hyacinth -- eech, the Frenglish). Vert des Bois, which boast a novel poplar bud extract, gives off a tart-raspy sap scent with a smidge of umami -- a lovage-like note. The heliotrope-sweetened patchouli in Vert d’Encens, initially reminiscent of Dear Rose’s compelling weirdo Mentha Religiosa, adds layers of salted herbs and smoke to the mix, with a hint of box tree (which may go catpissy to certain noses). Perhaps the most autumnal of the three, but all are tremendously enjoyable and a little offbeat. (Ok, so that counts as three, right?).

N°5 L’Eau, Chanel
Like the Argo ship mentioned by Roland Barthes, whose pieces were replaced one by one by the Argonauts until they ended up with an entirely new vessel without changing its name or form, N°5 has crossed the century without changing its form, perfectly recognizable with each slight shift on the olfactory map. The new curator of this Modernist monument, Olivier Polge, has confronted it with a more contemporary sensibility by opening, within its notes, a habitable space; creating a clearing that makes them more legible. Here, aldehydes remember they come from citrus peels, and flowers plump up with that moist-petal feel that signifies freshness in perfumery. But it’s still N°5. The form holds up. And it’s lovely.

Eau Parfumée au Thé Vert, Bulgari
I poked my nose into this again this fall, and once more, I was gobsmacked by the perfect, so simple-it-looks-simplistic balance of Jean-Claude Ellena’s composition. Eau Parfumée, which introduced the slightly tannic hedione-and-ionone green tea accord in perfumery, was initially a proposal for Fahrenheit (Maurice Roger, the CEO of Dior perfumes at the time, had put out a brief for a tea note). Limpid, figurative and gender-free, it is one of the four game-changers of 1992, along with Angel, L’Eau d’Issey and Féminité du Bois, though considerably more discreet. Perhaps the word that defines it best is the Italian sprezzatura, coined by Castiglione in The Book of the Courtier to express "a certain nonchalance, so as to conceal all art and make whatever one does or says appear to be without effort and almost without any thought about it".

Cozé Verdé 2.1, Parfumerie Générale
When I saw him at the opening of his boutique (see below), Pierre Guillaume told me he’d dug up my first order on his website some 9 years ago, a sample set that included his maiden scent, Cozé. Dipping my nose into his earliest efforts brought me back to my early, heady days as a fledgling perfumista (remember when we could talk about the same thing for weeks because the number of launches was under 1000?). As a tribute, I walked out with Pierre re-reading of Cozé, Cozé Verdé. A perfect fit for early fall, with fig adding a sweet, milky-raspy splash of sap to the original’s tobacco leaf, and added licorice tying in with the fruit’s deep-purple woody effect.

Pierre Guillaume’s new Parisian boutique
For his brand’s 10th birthday, the maverick and adorable Pierre Guillaume gave himself a gift: a Paris boutique on the chic, soon-to-be-pedestrian rue Jean-Jacques Rousseau, just a spritz away from Serge Lutens at the Palais-Royal. In addition to the Parfumerie Générale, Huitième Art and Croisière line-ups, the shop features the Paris-exclusive Rhapsody collection, a series of accords Pierre Guillaume deemed too uncommercial for a wider release. Not to be missed: the secret closet full of raw materials, including rare, sexy bases like Prunol and Mousse de Saxe… Be sure to demand a sniff!
Pierre Guillaume Paris, 13 rue Jean Jacques Rousseau, Paris 1
Open Tuesday-Saturday, 11 am to 2 pm and 3 to 7 pm

And if you read French, this is what I've been up to (among other things...)