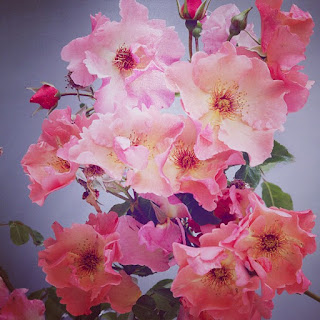 The most impressive thing I smelled this season can be had for neither gold nor silver: Femme, in the original formula, redone by Michel Roudnitska for the Fragrance Foundation France’s tribute to his father. The sweat of a goddess fed on spices. I made a point of waving a blotter under the nose of every perfumer I saw at the Fifi Awards, including Olivier Cresp, who authored the current formulation (which I like very much). Most marched off to get their own blotters, including Alberto Morillas. And of course, I’d like to salute the victory, for the second year running, of Parfum d’Empire for the French Fifi’s Prix des Experts, with Tabac Tabou, up against Ostara (sadly being discontinued by Penhaligon’s) and Noir Exquis (L’Artisan), both by Bertrand Duchaufour; Mimosa Cardamom (Jo Malone), À la Rose (Francis Kurkdjian) and Cologne Indélébile by Dominique Ropion (Frédéric Malle).

There’s no particular olfactory thread running through this season’s selection: I just pretty much grabbed what I’ve enjoyed wearing and/or thought was interesting over the past weeks… The entries are way too long: that’s what happens when you don’t post for months. You get talkative.

L’Eau d’Issey Pure by Dominique Ropion for Issey Miyaké
Along with bitter, mineral and tannic effects, saltiness is the most interesting avenue to explore right now in perfumery, and a deft segue from gourmand to gustatory. Not to mention it works with skin (via sweat). In providing L’Eau d’Issey with a 21st-century interpretation, Dominique Ropion shifts the aquatic genre into oceanic, ambergris territory. The IFF captive Maritima ousts calone, along with most of its cucurbitaceous effects. Like the perfumer’s previous composition for Issey Miyaké, Nuit d’Issey, L’Eau d’Issey Pure plays on mineral notes alongside the saltiness, managing to convey the scent of both wave-splashed skin and sand (a similar mineral-animal effect was achieved, very differently, in Alaïa). This being Ropion, the seawater-drenched floral bouquet, centered on muguet (the original aquatic note), is powerfully radiant. This is an oceanic scent aqua-phobics might want to give a squirt to.

Grand Chalet by Françoise Caron for Astier de Villatte
For me, the woman who conceived L’Eau d’orange verte can do no wrong, but with the unpromisingly-named Grand Chalet, François Caron has made me silly-happy. The trouble with capturing the scent of linden blossom is the scale:  you usually experience it as an atomic mushroom of scent, under dozens of trees. The honeyed, faintly anisic lime blossom composed by Caron for the furniture and tableware designers Astier de Villatte is a giant, bawdy floral whomp to Olivia Giacobetti’s delicate herbal tea Tilleul for Parfums d’Orsay, up to then the most satisfactory interpretation of the note. As for the “Grand Chalet”, it was the painter Balthus’ refuge in the Swiss Alps: his widow, the countess Setsuko Klossowski de Rola, has created a collection for the French designer duo, wanted to evoke the giant linden tree that shades the chalet.

Efflor_esce by Frank Voelkl for Nomenclature
Add Paradisone to any white floral blend, and it’ll be as though you’re smelling the soul of every jasmine blossom that gave up its life to scent, and went to heaven. A chemically purer, and therefore much more potent version of hedione developed by Firmenich, Paradisone is showcased in the first series produced by Nomenclature, a new American brand celebrating the contribution of chemistry to perfumery. As limpid as a glass of jasmine tea and intensely radiant, Efflor_esce was composed by the author of Ylang 49 (Le Labo), still one of my go-to fragrances.

Angel Muse by Quentin Bisch for Thierry Mugler
Seven years after starting Givaudan’s fabled in-company school, Quentin Bisch won the brief for reinventing Angel: the other finalist was none other than its creator, Olivier Cresp. Angel Muse started off as a flanker, but Clarins was so taken with Bisch’s proposal that the fragrance earned its own bottle design and color (a golden peach). Instead of upping the glycemic index – compared to today’s syrupy blends, Angel now comes off as practically Jansenist --, Bisch decided to shift the original accord on the scent map. The cotton-candy/ candied apple is replaced by hazelnut cream, while the huge patchouli block that balanced out the former gives way to vetiver. Already part of the hazelnut accord along with ambrettolide, a silky musk with nutty facets, vetiver cuts through the gourmand notes, adding a smoky, salty, bitter counterpoint. Angel Muse confirms, if need be, that Angel is a specific olfactory form, in that it can shift that form onto totally different notes and still belong to the Angel family. In doing so, it reasserts its innate toughness: this is no treacly Hallmark-card cherub. As the whiff of sulfur in the top notes hints, Angel Muse is closer to Beelzebub before the fall.

Narciso Poudrée by Aurélien Guichard for Narciso Rodriguez
I was pretty disgruntled that Narciso won no awards at the French Fifis. Out of last year’s mainstream output, it was the first one that immediately came to mind when I was asked what had impressed me. Though the giant rose-vetiver structure of the original is less in evidence in the new Narciso Poudrée, it’s got an interestingly cosmetic texture to it – that cool, powdery yet moist feel some spray-on body products have, like a petal.

Mentha Religiosa by Fabrice Pellegrin for Dear Rose
This is perfume as pun, both in the name and the notes. In French, mante religieuse is “praying mantis”. By matching mint (mentha in Latin) with incense, in an olfactory version of the word-play, Fabrice Pellegrin brings out the innate coolness of the latter. Against the chilly duo, heliotropin and patchouli add a warmer layer.  It seems like a riff on Pellegrin’s earlier iris and tobacco Volutes for Diptyque – a shift on the olfactory map with a playful After-Eight vibe.

White Song by Fabrice Pellegrin for Dear Rose
Despite its name and source of inspiration – the headspace capture of the Cestrum nocturnum, also known as night-blooming jasmine or queen of the night – what comes to mind when I sniff this wonderfully potent temptress is that song by the Runaways: “Hello daddy, hello mom, I’m your ch-ch-ch-ch-ch-CHERRY BOMB!”. A big mouthwatering cherry note set afire by ginger and clove, White Song, like Mentha Religiosa, has a terrifically loose, rock’n’roll feel to it.

LAVS by Filippo Sorcinelli for UNUM
When at least three niche brand owners tell you “Go see Filippo”, your ears perk up. When it turns out Filippo is the hipster Franciscan with the El Greco eyes who’s been taking pictures of you, you  get seriously curious. Especially since Filippo actually makes outfits for Pope Francis. LAVS, which is the name of his religious vestment studio, was initially designed to scent the parcels delivered to to the Vatican – a big, growling incense that could be a 21st-century Avignon, but with even radder credentials.

Eau de Néroli Doré by Jean-Claude Ellena for Hermès
The last-but-one fragrance composed by Jean-Claude Ellena for Hermès during his tenure as in-house perfumer, Eau de Néroli Doré is less strikingly original than Eau de Narcisse Bleu or Eau de Gentiane Blanche, but it is tremendously enjoyable and not quite as simple as it first comes off to be. There’s a lustrous, metallic edge to his neroli that’s boosted by the cardamom and saffron. The latter, in turn, lends an uncanny, umami aftertaste that musses (or messes) up the blossom’s pristine petals.

Still Life in Rio by Dora Baghriche for Olfactive Studio
I’d call it sparkling: the scent fizzes, shimmies and shakes with the most crackling of citrus notes, yuzu. It even has that salty tang certain sparkling mineral waters can have. Dora Baghriche is a bold young perfumer initially mentored by Bertrand Duchaufour, and she’s got an interesting take on the future of gourmand scents. To her, it’s more about a way of approaching notes than about drenching them in glucose – the first time I noticed her work, it was a pistachio-truffle accord: that woman walks her talk. Hence her willingness to take on a good-time, fruity theme for Olfactive Studio instead of heading straight for the woods (or incense, or leather, or any of the niche memes).

For more seasonal lists, check out my friends at: 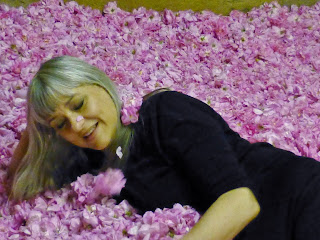 It seems someone at Esxence is going around saying I’ve quit the blog. They should’ve checked with me first, because I’m not, and I haven’t told anyone any such thing. I’ve just taken some time off because of a) work (as in : too much of it); b) a benign but tiring health issue, now resolved ; c) the need to reconnect with what made me write about perfume in the first place : the pleasure of wearing it, as opposed to trying to come up with clever things to say about it at least once a week.

So, definitely not quitting, just taking a sabbatical. I’ll be around for the April 29th Top 10 of Spring for sure !