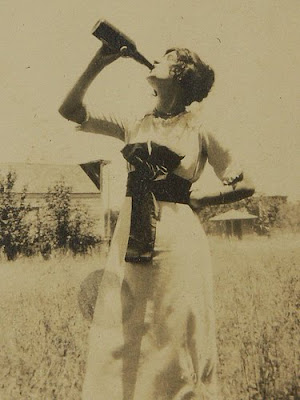 Immanuel Kant once wrote that the spirit of a nation resided in words that were untranslatable in another language – the lexical gaps. For the French, I would submit “gourmandise” as one such word.

It is one of the seven deadly sins – in Latin “gula”, in English, “gluttony”. But “gluttony”, which does have a strict equivalent in the French “gloutonnerie”, doesn’t begin to cover the nuances of “gourmandise”. The word doesn’t just relate to food; and for the French, it is definitely not a sin, but a mixture of lust for, and indulgence in the pleasures of the flesh – but also of the mind. A way of savouring those pleasures as you would a delicious meal, be it the body of a lover or a string of brilliant metaphors.

The concept of Guerlain’s Elixirs Charnels collection is predicated on the conflation between food and sex contained in the word “gourmandise”. Explicitly olfactory erotica, implicitly a palette of gourmand scents – in this case, the quickest way from the salon to the boudoir seems to be through cuisine – which of course dovetails neatly into the Guerlain heritage.

Each perfume family is obviously meant to be translated into the gourmand vocabulary, with the more complex bits removed and replaced by sweet pastry notes. Last year, a chypre, an oriental and a gourmand, composed by Christine Nagel and Aurélien Guichard. This year, Guerlain’s in-house perfumer Thierry Wasser authors a scent from the “woody” family with Boisé Torride – not “bois” as has been reported. “Boisé” is the adjective of “bois” ("wood"); but it is also quite similar in pronunciation to the word “baiser” (the noun means “kiss”; the verb means “to f*ck”). As for “torride”, it is an adjective commonly used in French for red-hot lovemaking and anything which may induce it.

Boisé Torride opens up all boozy, somewhat in the manner of Spiritueuse Double Vanille, with a fruity liqueur note which is possibly davana, though the material isn’t listed. Bergamot and mandarin are, but I’m also getting dried apricot, raisins and dates, as well as a tiny slice of green apple plunked in a glass of rum.

There’s a whiff of the tobacco leaf in there too, making Boisé Torride the least overtly girly of the Elixirs Charnels. That is, until Mr. Rum-and-Pipe Humbert gets distracted by Lolita bearing a cup of hot cocoa (that would be the patchouli) with a lovely plump marshmallow floating in it (the “marshmallow harmony”, i.e. orange blossom + ethyl maltol, “guimauve” in France being traditionally perfumed with orange blossom). This proves sufficiently “torride” to make them tumble into a huge white musk and patchouli goose-down duvet. Somehow, this phase conjures the image of a Dali forest made of trees as soft as marshmallows – more Hansel and Gretel than Story of O.

With its blend of candied fruit and sweet woods, this new Elixir Charnel is clearly a kissing cousin both to Serge Lutens’ extended “bois” family and to their trashy genius sister Angel. I’ve never been overly crazy about the Elixirs Charnels though I find them very nice, particularly Oriental Brûlant, but I’m definitely tired of what my reader Melisand61 wittily calls “fruitchouli”, which means that Boisé Torride is not my favorite of the line.

However, the next L’Art et la Matière may be an entirely different matter. But shhhhhhhhhhhhhhh…


Image: Woman drinking from a whiskey bottle, totally unknown origin and not very chic... but she looks happy and about to roll in the hay with some cowboy.
Posted by carmencanada /Grain de Musc at 03:44