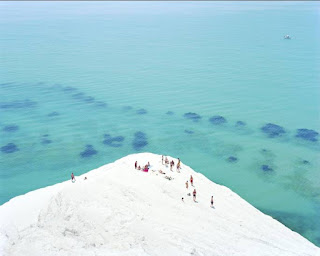 For over a year now, I’ve had something I never had in the two decades since I dove in nose-first into niche: a signature scent whose beauty never ceases to hit me at gut level though I know each of its inner workings. Séville à l'aube be launched in France and in London in the third week of July and reach the rest of the world, as far as I know, sometime between late August and September. I’ll be organizing a preview sample draw very soon.

I’ve still managed to fall in love with other fragrances and as soon as I’m able to shift back into full reviewing gear, the first four in this list are slated for full reviews, and I’ll soon be writing up my long conversation with the irresistibly charming Carlos Huber of Arquiste.

Fleur de Louis by Rodrigo Flores-Roux for Arquiste: a languorous iris, jasmine and orange blossom accord that feels both ancient and utterly contemporary, crisp and narcotic. Carlos and I agreed that though it was very different from Séville à l’aube, there was a kinship, and I definitely see a full bottle of this in my future.

Anima Dulcis by Yann Vasnier and Rodrigo Flores-Roux for Arquiste: Despite being as dusky as the patina of a Flemish still life, this ambery cocoa and vanilla aphrodisiac elixir has such a radiant texture it can withstand summer wear without being cloying.

Lumière Blanche by Sidonie Lancesseur for Olfactive Studio: Inspired by Massimo Vitali’s picture of a chalk-white Italian beach, it expresses both the searing heat of the sun at its zenith and the soothing coolness of a lotion with its cold (cardamom, star anise) and hot (cinnamon) spices, almond milk and iris accord.An essay in tones of white -- that's even the color of the juice. The picture above is taken from the same series. For the photo that inspired Sidonie Lancesseur, see the French version below.

Mito by Vero Kern for Vero Profumo: Only coming out in September, but a little sample has found its way to Paris and again, I’m smitten. This gorgeous green-magnolia chypre has the satisfying, old-school carnality of Vero’s three first compositions, but I suspect those who found Rubj, Kiki and Onda to be too much of a commitment for everyday wear might succumb. This is, in a way, a member of the Cristalle family on steroids.

Baiser Volé Extrait de Parfum by Mathilde Laurent for Cartier: In this version, Mathilde’s original idea – skin rubbed with lily, petals, stem, pollen and all – is more fully expressed than in the eau deparfum. When I first smelled Baiser Volé in this formula, the most intelligent comment I could manage was a throaty moan.  The Moan is good.

Lotus Rose by François Robert and Marie-Hélène Rogeon for Parfums de Rosine: This smells like those sprayed-on powders that produce a cool effect on skin – a huge, citrus-floral cloud of white musk with a slightly moist feel. The term “aquatic” in descriptions might scare some aficionados away, but what I get here is a lovely, fresh cosmetic scent. “Clean” is not always a dirty word.

Prodigieux le Parfum by Serge Majoullier for Nuxe: Along with La Petite Robe Noire, this review is what’s been getting the most French hits on the blog, and no wonder since Nuxe is a cult brand here. Prodigieux, the fine fragrance translation of Huile Prodigieuse, fits the slot for the tropical, tanning lotion scent in the summer perfume wardrobe.

Robert Cavalli for Her by Louise Turner for Roberto Cavalli: I’d actually started writing a post to diss this, but this  ambery oil slick of 1970s Bain de Soleil – “The Saint-Tropez tan” -- spiked with Fanta holds the same fascination for me as over-tanned Italian women wearing gold jewelry on the beach. In a way, with its orange blossom and balsam accord, this could be the script for Séville à l’aube filmed by Cinecitta at the height of its swords-and-sandals era. Sometimes, in summer, gaudy is the only way to go.