Eduardo Kac: "There is a true olfactory art to be developed beyond industrial practice" 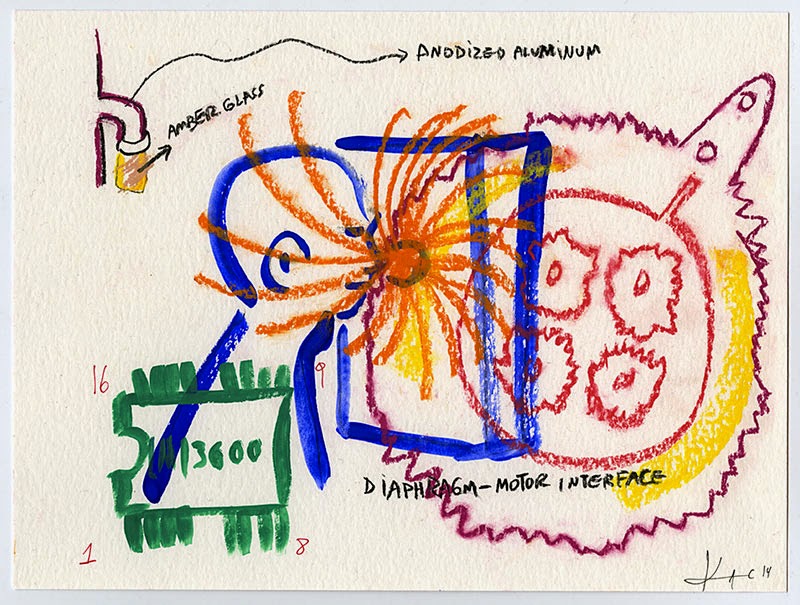 Thomas, Patrice and I are sniffing around the Galerie Charlot in Paris like slightly dotty, smell-impaired hounds. Eduardo Kac’s exhibition is made up of five black “Osmoboxes”, each containing a different composition based on the artist’s personal olfactory memories. When you lean towards the box, a diaphragm opens, releasing the scent. Though our noses are fairly well-trained – both of my companions are fragrance bloggers, and Patrice is studying to be a perfumer --, we grope around for descriptives. The first box? Felt pens, white flowers, fizzy fruit juice, banana (says Thomas), pineapple (I insist). The second: camphoraceous, medicinal, plastic, cut grass (Patrice is a little creeped out by it). The third feels like more of a cut-grass and thyme blend. The fourth is some kind of aqueous tropical fruit, we agree, possibly starfruit. For the fifth, we don’t go much beyond citric.

Perhaps Kac’s point is not for us to identify the smells, but to experience a certain disorientation; the disconnect between smells and words that seems to be hardwired into our brains (http://www.wired.com/2014/11/whats-up-with-that-smells-language/). In this show, unlike many artists who’ve used scent as a complement – sometimes as a gadget – to their pieces, the olfactory is the sole medium. There are no titles, no images to help us find our bearings. The formula is only yielded to the piece’s buyer.

“I invite the smeller to relinquish any attempt to reduce the experience to either words or familiar references and, just like the airborne aromatics, to abandon him or herself to the effluvium that flows with the wind”, Kac writes. 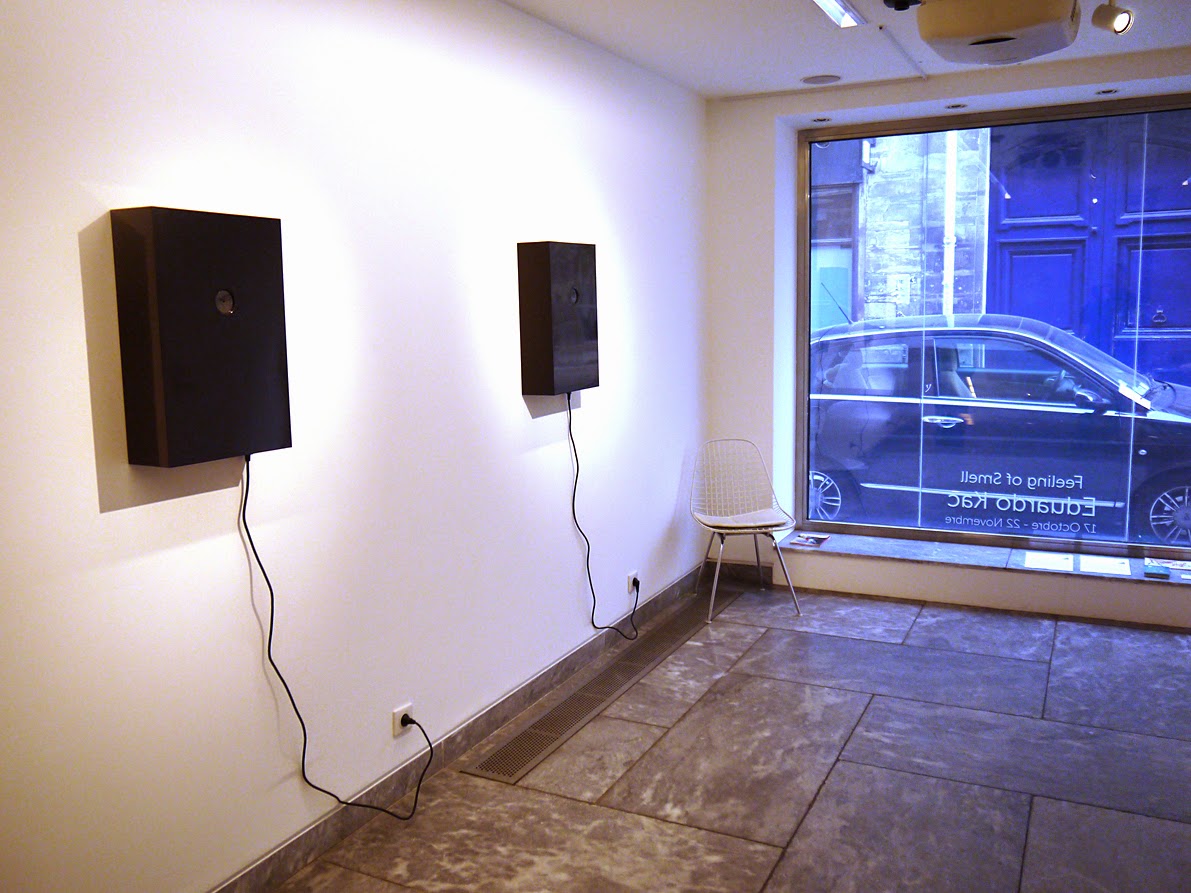 The Chicago-based artist is careful to distinguish olfactory art from perfumery, “which has as its primary goal the production of pleasant scents to adorn living bodies, inert objects, or physical spaces. There is a true olfactory art to be developed beyond industrial practice and mimetic approaches (such as the so-called “artist’s perfumes”). Olfactory art shall invent its own aesthetic realm and be understood as a form of contemporary art that explores the limits and possibilities of the most underrepresented of the senses. In so doing, it interrogates the sensorial hierarchy that privileges visuality and, at the same time, invites us to temporarily occupy the subject position of other living creatures, such as dogs, for example, which have in the sense of smell a central means of interaction with the world.”

The cellar of the Galerie Charlot displayed another piece, a limited-edition artist’s book entitled Aromapoetry containing a series of twelve olfactory poems. This is Kac’s description:
“Every poem in the book Aromapoetry employs nanotechnology by binding an extremely thin layer of porous glass (200 nanometers thick) to every page, trapping the odorants (i.e. the volatile molecules) and releasing them very slowly.” 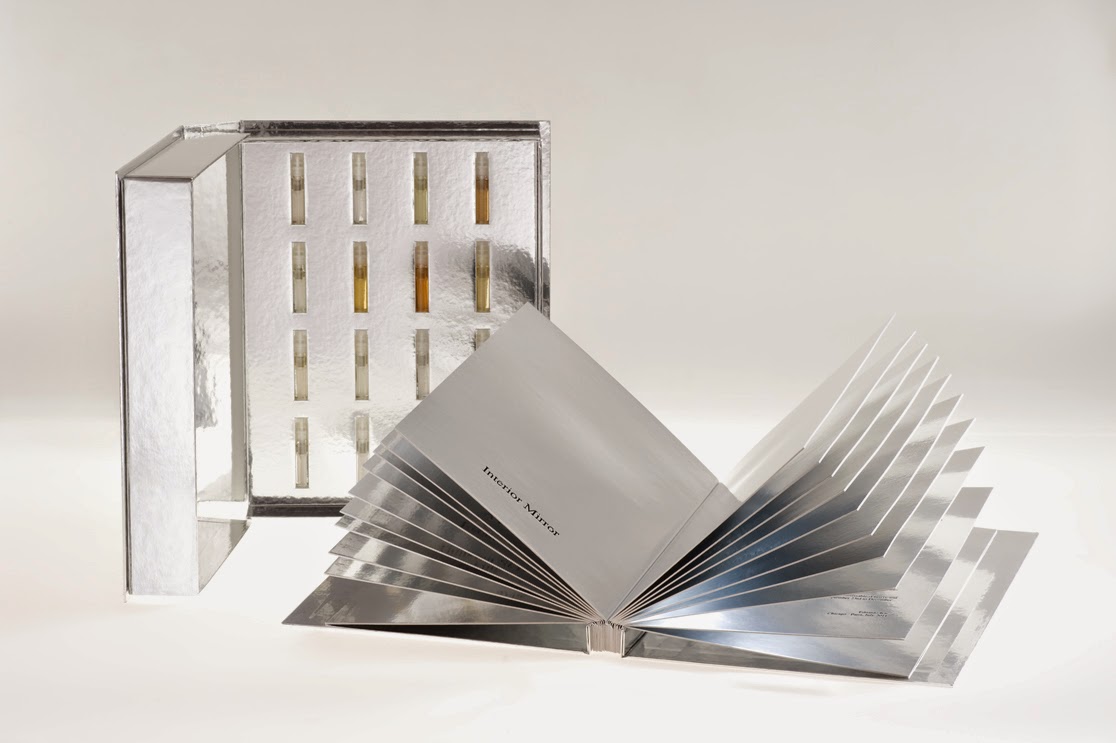 This time, we lean in one after the other to inhale the silver pages turned by the white-glove gallery owner Valérie Hasson-Benillouche (miraculously, no head-bopping occurs). “Phobos Photon” gives off the wet concrete wall facets of certain musks. “Manhattan Skyline” smells of popcorn and rubber. “Brown” is, somewhat predictably, patchouli with a hefty dose of skatol and indol. “The Slight Glitter of a Remote Breath” betrays said breath’s owner recent hazelnut snack. “Everything Nothing Always” has the sweetish metallic blood note of a metal coin on the tongue… The piece would have required more contemplation, but this privilege will be reserved to its happy owners (the books have all been sold but one).

One issue with writing a review of Kac’s exhibition is the fact that it’s difficult to know what, exactly, can be the object of criticism. Kac is, of course, well aware of it, but the way he addresses the issue in the press release is somewhat vague: “Art and literary criticism lack the vocabulary to describe, let alone criticize, a work of olfactory art. But this will change in the future.”

So, what is it in the exhibition that can be subjected to critical discourse? Is it the evocative or aesthetic qualities of the scents, only fleetingly perceived as the smeller leans towards the Osmoboxes? In this case, can they only be evaluated by people whose noses are trained – industry insiders, fragrance aficionados, wine lovers? Is it the very dispositif, which places visitors in a state of “blindness”, groping to connect words with smells? The displacement Kac operates by inducing us to use a different sense, within the context of a predominantly visual world (that of art galleries)? 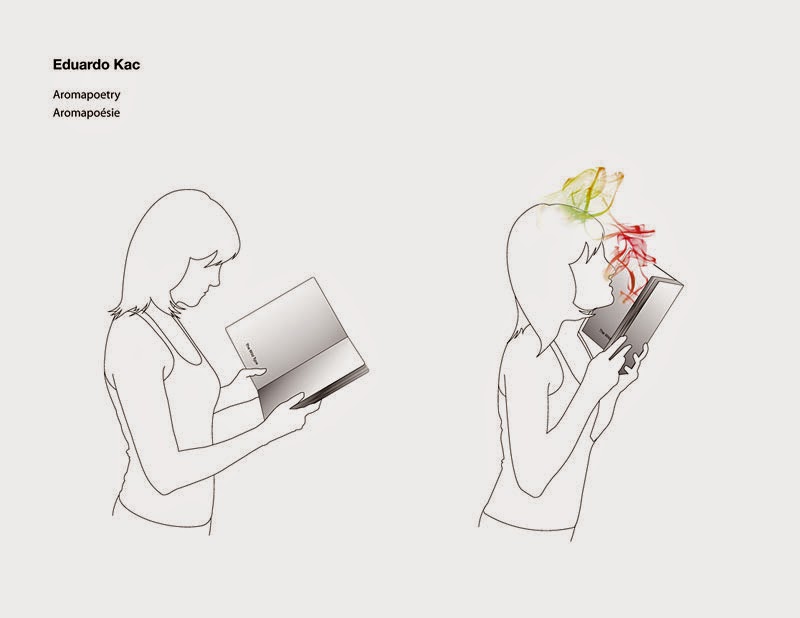 We could also ask ourselves in what way Kac’s pieces are more “artistic” than, say, the more experimental fragrances conceived by Christian Astuguevieille for Comme des Garçons. Or more “authored” than Jean-Claude Ellena’s for Hermès, since he claims total creative independence…

Whether it is olfactory pieces produced by artists or commercial fragrances, considering perfume as an artistic process may not be a matter of demonstrating that perfume is an art form (you’d have to define art first). A more relevant and fecund question may be: what occurs to the field of criticism when you extend it to include a new form of expression that it has never – or very seldom – explored?