Can perfumes be legally protected? Debate at the Société Française des Parfumeurs 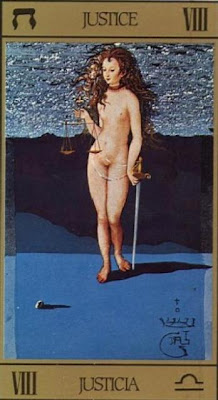 When you speak to “civilians” about perfume, they are usually astonished to find out that formulas aren’t protected by law and can therefore be unrestrainedly copied, twisted and otherwise modified without the assent of their authors.
Of course, knock-offs have always existed: before the widespread use of technologies like gas chromatography, mass spectrometry and headspace analysis, perfumers reproduced the competition’s stuff “by nose” (it is still part of their apprenticeship). The advent of the aforementioned technology has just made the copycats' task easier.
So how can the perfume industry protect itself from copycats and counterfeiters? How can it legally protect perfume formulas? And what impact could legal protection have on the industry, when many products are “twists” (i.e. reproduction of a formula with some of the notes changed) or “remixes” (accords plucked from different products)? When does “inspiration” stop and copying start?
The debate organised on October 20th by the Société Française des Parfumeurs was an attempt to lay those problems flat. Interestingly, attendance was untypically sparse for an SFP conference. No representative of a major player was willing to participate in the panel; the perfumers in attendance, at least those I recognized, were all either retired or independents like Osmothèque president Patricia de Nicolaï. The panel, chaired by the industry journalist Sabine Chabbert, was composed of Maître Emmanuelle Hoffman (a lawyer specialized in intellectual property), Frédéric Beaulieu (owner of Millenium Fragrances and administrator of the Syndicat Français de la Parfumerie), Bernard Marionnaud (founder of the eponymous chain of perfumeries and consultant of the French Prime Minister on matters of perfume counterfeiting), Jacques Vaillant (ISIPCA teacher) and Pierre Nuyens (perfumer and board member of the SFP).
Maître Hoffman told us about the different protection mechanisms in French law:
1)      The patent covers inventions with industrial applications, but it is publicly accessible and expires after 20 years. For these two reasons it is not applicable to perfume formulas, especially since many fragrances are produced for more than two decades.
2)      Trademark protection covers visual material and excludes chemical formulas, verbal descriptions and deposit of samples. So: no good.
3)      Copyright protection seems to be the only solution, since the list of eligible works, though it does not include perfume, is non-comprehensive and includes the wonderful little adverb notamment, “notably”, which means that although it does not mention works perceptible by the sense of smell, it does not explicitly exclude them.
However, as I remarked in another post, the French Cour de cassation (final court of appeals) ruled in 2006 that perfume formulas were “simple implementations of know-how” and could not be considered as oeuvres de l’esprit, “creative work” characterized by its originality.
Maître Hoffman did underline that this judgment had been disputed in several instances by juges du fond (judges ruling on the merits of a case), most recently on December 10th 2010 by the court of appeal of Aix-en-Provence, who found that “works perceptible by the sense of smell” could not on principle be excluded from protection under copyright laws.
This, of course, raises many vexing issues which were discussed during the Q/A session. For instance:
If Chanel decides to put out N°5 Eau Première, must it first apply for authorization to Ernest Beaux’s estate, since an author or his estate have moral rights to N°5?
Who would detain the copyright if a perfume were a collective work, for instance when a perfumer, creative director and designer were all involved in the conception? Should the copyright be owned by the brand?
What happens when a client-brand “repatriates” a product whose formula was conceived by a composition house, even if it introduces small variations?
What of reformulations imposed by changes in regulations or raw material availability?
And finally, how are the limits established between a product that was “inspired” by a previous one, a perfectly legitimate practise, and a copy? What are the criteria – two accords? Three?
Neither the big labs nor their client brands really want to go there, as strictly applying such a copyright law would probably empty three-quarter of the aisles: it is unimaginable, in the present state of the industry, for companies to start suing each other unless the copy is absolutely flagrant, as it was in the case opposing Thierry Mugler to Molinard, which had turned its Nirmala into a copy of Angel, and Clarins, owner of the Mugler license, could argue for unfair competition.
It’ll probably be a long time before perfume formulas enjoy some sort of legal protection, and the effort will involve strenuous lobbying at the French and European levels. What seems like a basic right in the case of musicians, painters or writers, and would protect perfumers’ brainchildren as well as ensure their children’s futures (should their perfume prove successful), is a long way off. The legal apparatus will probably be conceived first and foremost to protect brands from counterfeit products (fakes perfumes represent 10% of the counterfeit market), which represents a huge economic loss but also also a potential sanitary risk.
The meeting concluded with a unanimously voted motion proposed by SFP chairman Patrick Saint-Yves to set up a new panel to discuss the copyright issue more specifically. One hopes that the major players of the industry will take up the challenge of discussing this awkward issue.
Posted by carmencanada /Grain de Musc at 12:57