Sweet Redemption by Calice Becker for By Kilian: Love's Lolita, all grown up 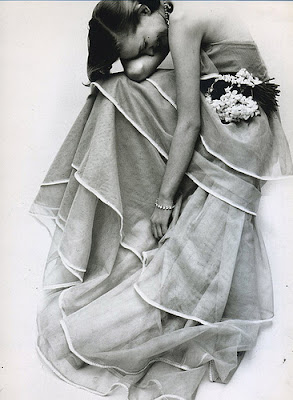 Love, a.k.a. “Don’t be shy”, a.k.a. “The Marshmallow”, a.k.a. “The Meringue that ate Paris”, is apparently By Kilian’s best-seller. Is this why Kilian Hennessy asked Calice Becker to reprise its orange blossom and vanilla combo in Sweet Redemption, as a way of coming full circle for the tenth and last addition to L’Oeuvre Noire?
Sweet Redemption is Love’s Lolita grown up: still sweet, but with a touch of bitterness. Love’s “caramelized sugar” note (ethyl maltol or the likes of it) has been ditched in favour of classic oriental base of myrrh, opoponax and benzoin, the latter’s cinnamon facets underlined with cinnamic alcohol, which brings together the balsamic and green/floral effects of the fragrance.
Ironically, though Sweet Redemption is rich in naturals including Givaudan’s stellar Orpur™ quality broom absolute, myrrh resinoid and benzoin, it might give off oddly synthetic effects, especially to American noses. For instance, the Grape Kool-Aid note often mentioned about Poison, which is produced by methyl anthranilate, one of the main odorant molecules of the orange blossom and broom which form the floral heart of the scent -- it is also present in Concord grapes and is therefore used as an aroma in grape beverages, hence the Kool-Aid association. Myrrh adds its characteristic shot of root beer (possibly through its liquorice-like facet combined with vanilla), but also slightly bitter moss and mushroom facets.
It is this hint of bitterness – green-tinged petitgrain, tobacco-honeyed broom, earthy myrrh and opoponax – that sets Sweet Redemption apart from Love despite their common theme: they are actually quite different.
If anything, about one hour into its development, Sweet Redemption is more reminiscent of Olivia Giacobetti’s Vamp à NY. Both scents, as befits great-grand-nieces of Poison, explore overlapping areas of the olfactory map – white floral, powdery/balsamic, sweet spice -- though the Honoré des Prés, being a tuberose, rounds the bend towards exotic, banana/coconut territories. The Kilian is a little soapier, more pastel-toned, and a gorgeous alternative for those who were a bit put off by the Vamp’s vivid Bohemian hues or who, like me, found Love so gourmand they had to undo the top button of their jeans. Once I use up my samples, I might even spring for the refill: this beautifully built, delicately erotic floriental is one of the prettiest launches of the season.
Photo by Norman Parkinson
Posted by carmencanada /Grain de Musc at 15:58