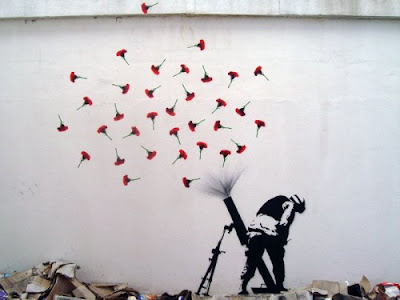 Though it’s been featured in some of the most mythical perfumes in history from L’Origan to Opium, and was once an immensely popular note – there must have been at least one hundred soliflores since the late 19th century, with a peak in the 1920s --, the carnation has been languishing in perfume purgatory. Not only because the ever-steeper restrictions on eugenols have made it harder to conjure the spicy flower (classified in the same family as ylang-ylang, stocks and lilies), but also because it is paying the cost of its former popularity and now feels old-fashioned.


The flower itself isn’t terribly glamorous either. In France, it has been considered bad luck since the 19th century: back then, when a theatre director sent an actress a bunch of red carnations, stinting on the roses, she knew she was about to be fired. And anyone who’s received on of those cheap bouquets picked up in gas stations can confirm that we’d have much rather stuck the lowly carnation in the bin than in a vase…
Trust Serge Lutens to pick up the wilted waif, thrust her into stilettos, tease her into channelling her inner couture-clad bitch and stage his own private Carnation Revolution.
The art of perfumery is as much about words as it is about smells: it is the weaving of verbal and olfactory threads that tells the story. And the pattern woven by the jagged blood-red petals of the carnation into European languages and lore is particularly luxuriant. The French œillet, “little eye”, also means “eyelet”, “hole” or “grommet”. “Carnation” comes either from the Latin corona because the flower was used to crown brides in Ancient Greece, or from carnis, “flesh”, because of its pink colour – the French oeillet mignardise is called the pink for just that reason. In Spain the carnation is clavel, from the Latin clavus, “nail”. This links the carnation, Dianthus caryophyllus, to Eugenia caryophyllata, the clove tree. Through a series of phonetic deformations, Caryophyllon became giroflier (“clove tree”) and giroflée (“stock” or “wallflower”) in French, garofano (“carnation”) in Italian and, gillyflower, which designates all clove-scented blossoms, in English. Add to this that Dianthus comes from the Greeks words for “divine” (dios) and “flower” (anthos), and you’ve got a potent symbolic and olfactory network at play.
So that the carnation is all at once an eye, a hole, flesh, and a nail: the three latter can’t help but conjure the Passion of Christ. And the carnation was used as one of its symbols in Christian iconography. Carnation, incarnation; flesh clove to the Cross. Which may or may not have been part of the subtext to Vitriol d’œillet: but as it is launched at the same time as De Profundis, which is named after the Book of Psalms, it is at least part of its subconscious. Add to this that the flower was carried by aristocrats as they went to the guillotine during the Terror in 1793, and gave its name to a revolution, when the Portuguese overthrew the dictatorship of Salazar in 1974, and you’ll see there’s blood in the garden…
It is this ominous blossom that Serge Lutens asked Christopher Sheldrake to “dis-figure” by subjecting it to the same treatment he’d inflicted on the tuberose. In other words, to distort its features by exaggerating its most startling, unpleasant ones – in this case, the clove facet of carnation. But this baroque distortion is also a dis-figuration in the sense that it is a leap beyond figuration. Vitriol d’œillet is not a literal rendition of the flower, but a fragrant pinwheel of carnation, stock, ylang-ylang and rose, pinned together by the clavus of clove.
All of these flowers do, in fact, have eugenols in common, but as these materials are restricted, Vitriol d’oeillet calls on other spices to boost its burn: eugenol’s phenolic partner-in-crime, black pepper, which in turn summons pink and red pepper, which takes us back to the carnation through its colour: in France, red pepper is called piment de Cayenne – a reference, according to Lutens, to the infamous Cayenne penitentiary. So that language brings us back to the world of crime. Fittingly Vitriol d’œillet opens with a nose-searing squirt of pepper spray; a flower on fire, red in tooth and claw.
The burn of hot spices lasts well into the development but, surprisingly for such an aggressively named mixture, Vitriol d’œillet is not hugely diffusive (and so won’t do as a defensive weapon). In fact, as it dries down, it performs the same about-face as Tubéreuse Criminelle and turns into a musky powdery scent with shots of jasmine and rose and a sprinkle of nutmeg. At this stage, not unlike Bas de Soie whose chic retro vibe it shares, it conjures the smell of old-fashioned soap.
But Vitriol d’œillet itself isn’t quite old-fashioned: smelled alongside the discontinued Floris Malmaison or vintage Caron Poivre, it’s distinctly more streamlined and, for obvious regulatory reasons, less of a eugenol monster. Bellodgia wilts a little and goes back to her game of bridge, twiddling her pearls. I haven’t got Etro Dianthus or Santa Maria Novella Garofano on hand to compare. But my sample of the late lamented Œillet Sauvage by for L’Artisan Parfumeur, possibly the best contemporary carnation soliflore, feels somewhat tamer with its sweet vanilla and (possibly) heliotropine, in keeping with Anne Flipo’s natural-feeling, tender style. Which leaves Vitriol d’oeillet as the top contender for the title.
It won’t be out internationally until September but is already available at the Palais-Royal. For those not lucky enough to be on the Lutens mailing list, I am offering a draw for a 5 ml atomizer decant: just drop a comment saying why you love carnation or what it symbolizes for you, and I’ll pick the winner on July 6.
And by the way, this is how you pronounce the name. “Vee-tree-ohl”. That wasn’t so hard, was it? “Duh-yay”, with that final “ay” pronounced like the vowel sound in “help”. So there you go.
Illustration: Mural tribute to the Portuguese Carnation Revolution
Posted by carmencanada /Grain de Musc at 12:30