A Peek at some Fall perfume launches... 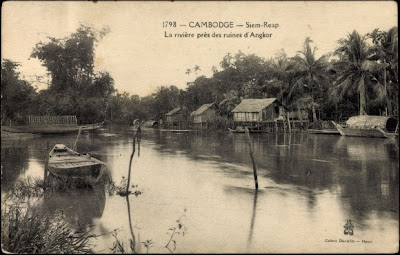 I’m hoping to get a sniff soon of Prada Candy by Daniela Andrier, which as its name indicates is a gourmand combination of musk, a synthetic caramel accord and a whopping 12% benzoin overdose.
I haven’t pinned down Isabelle Doyen and Camille Goutal yet to speak about Mon Parfum Chéri, a blend of plum, spices and patchouli which premiered at Harrod’s: hopefully coming up soon.
The flamboyantly-named Philippine Houseboy by État Libre d’Orange, a combination of lime, cilantro, steamed rice and a suede accord by Ralph Schwieger, announced for June, has been put off as it is still under development.
As for the next Comme des Garçons by Antoine Lie, announced as a surprising and typically iconoclastic CdG juice, its launch has been put off due to the tragic events in Japan.
But on the good news front, Frapin has just confirmed that they were integrating Bertrand Duchaufour’s 1697, formerly a limited edition, into their permanent collection due to the fragrance’s overwhelming success. It will probably be available in September, in a new 10% concentration which actually, in my opinion, works even better by allowing the notes to breathe (the limited edition was concentrated at 14%).
With Indochine (PG25) for Parfumerie Générale, Pierre Guillaume takes the oriental genre to the extreme by blending Far-Eastern materials to conjure a cruise down the Mekong in the 1920s. The scent is in Pierre’s trademark, sensuous and quirky gourmand register with prominent honey and sandalwood effects. It features benzoin resinoid from Siam, Kampot pepper, Ceylonese cardamom, Laotian honey. And a surprise ingredient which, to my knowledge, has only been used previously in Kenzo Amour, Burmese tanakha, a traditional cosmetic preparation. Gorgeous stuff, which I’ll be reviewing nearer the launch in September.
Azemour by Marc-Antoine Corticchiato for Parfum d’Empire is a rich, classic citrus chypre based on the perfumer’s intensely emotional memories of the citrus grove where he grew up on the Moroccan Atlantic coast. It conjures every aspect of the orange tree – the fruit, the flower, the leaves and the bark – with notes of orange, coriander, cumin, black and pink pepper, cassis bud and galbanum, neroli, rose, geranium and orange blossom, as well as hay, oak moss, henna and cypress.
Come October, Parfum d’Empire will also be launching its first four candles, the citrusy Lantana Camara, the lactonic Tubéreuse Corse, the animalic-leathery Ambre Absolu and the most fiercely indolic lily I’ve ever smelled, Lys Casablanca.
For L’Artisan Parfumeur’s forthcoming Batucada, Karine Vinchon in Grasse and Elisabeth Maier in São Paulo initiated a long-distance collaboration since unlike the perfumers of L’Artisan’s other travel-based fragrances, Karine never set foot in Brazil, and relied on her paulista colleague for authenticity. The scent also breaks with the much quirkier Dzonghka or Bois Farine by presenting typical, readily-identifiable Carioca notes. A shot of the popular caipirinha – lime, mint, cachaça and sugar cane syrup --; a beach-y, tropical tan touch of ylang-ylang and tiaré; a splash of coconut water and an ozonic accord (yes, it’s calone, I’m afraid) on a musk (ambrettolide), Brazilian vetiver and patchouli base.
Penhaligon’s goes on renovating their Anthology collection with Bertrand Duchaufour’s new take on L'Esprit du Roi, another fougère coming hot on the heels of Sartorial. The scent features two rather unusual materials: an absolute extracted from the leaves and twigs of the raspberry bush which presents resinous and sappy/green facets reminiscent of lentiscus, violet leaf, maté, cassis, moss, hay... The equally complex, cruelty-free animal material African stone (also known as hyraceum), reminiscent of castoreum, gives a velvety depth to the base notes.
Coming up soon, more news about the latest By Kilian, the last in his Oeuvre au noir series, Sweet Redemption.
Posted by carmencanada /Grain de Musc at 12:21