Ego Facto: 7 Hermaphrodites in a Bottle 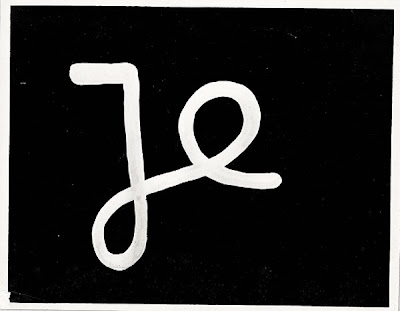 You know the concept of niche perfumery has been voided of all its meaning when… a niche line is distributed in a mainstream chain of cosmetics stores (the French Marionnaud). But if it had to be done, it might as well be with Ego Facto, the new line launched by the fragrance consultant Pierre Aulas, who has worked with brands such as Thierry Mugler (for the Miroir series).

Pierre Aulas, a former singer in the chorus of the Orchestre de Paris, sees himself as a conductor. His soloists are among the best in the business: Anne Flipo, Alberto Morillas, Jean and Aurélien Guichard, Dominique Ropion, and the regretted Laurent Bruyère.

Ring a bell? It should. Frédéric Malle has been doing it for years, and Ego Facto could be seen as a more mainstream version of the Éditions de Parfums: Malle for the masses, as it were. But while Malle, though fairly present in the media, puts forward his perfumers, the Ego Facto website plays up the personality of the very personable Aulas, perhaps understandably so , considering its stated concept – 7 portraits of 7 strong egos. As an artistic director, Pierre Aulas co-signs each fragrance.

The result of this team-work is a reasonably priced (59 € for 50 ml) line of seven eaux de parfum, each of which has got a twist, a little je-ne-sais-quoi that makes them playful in a very French, flirty way – the brand communication plays on humor, though in a much less provocative style than État Libre d’Orange. All are just edgy enough to be called “niche” and attract the attention of the discerning perfumista, without sending the basic Acqua di Gio/ Light Blue consumer home screaming. And for most niche brands, several blur the gender lines, though these do it in a yin/yang way: they aren’t so much unisex as hermaphroditic.

Me Myself and I, by Jean and Aurélien Guichard: the father and son team at Givaudan have come up with the unlikely pairing of tuberose and vetiver topped off with a hemlock flower accord (last seen in Ormonde Jayne’s masterful Ormonde Woman). The heavy, wintergreen-tinged tuberose is pulled towards a darker, almost licorice-like burnt smokiness by the vetiver, with slightly salty, yeasty, almost bread-like top notes; it eventually subsumes into a woodier base. The blend is so seamless it’s hard to tease out the individual components: yin (vetiver) and yang (tuberose) united in a solipsistic whole. Me, myself and I has one idea, and keeps to it until the end, but that one idea is so great – why has no one matched up those two materials before? – that you don’t mind listening to it over and over for hours. The best in the collection for my money.

Poopoo Pidoo, by Dominique Ropion (IFF): An evocation of old fashioned poudre de riz (rice powder). Orange blossom water, a milky cloudiness due to the almondy heliotropin paired up with a rice note in a swan’s down puff of white musk. This hovers on the edge of being the kind of fragrance you put in cosmetics, with a slight foodiness. Unexpectedly simple for the author of the masterfully complex Une Fleur de Cassie, but regressively delicious. The most outright feminine of the bunch.

Pièges à Filles, by Anne Flipo (IFF) is Poopoo Pidoo’s mate, a Fleurs du Mâle kind of gender-bending masculine fragrance with an overdose of girly heliotropin and orange blossom on a butchier vetiver-tobacco base with a pinch of human cumin. Both male and female, it seems like an olfactory shortcut to self-sufficiency for today’s metrosexuals, despite its being called a “Girl Trap”. Unless the trap is a mirror.

Fool for Love, by Laurent Bruyère (IFF) plays the foody side full-on on with a coconut punch accord on a buttery frangipani flower heart, with cinnamon thrown in to add a little fire, on a sharper woody base that makes it take an unexpected turn into a more masculine realm.

Sacré-Coeur, also by Laurent Bruyère, is quite possibly the most overtly masculine of the bunch with its patchouli-tobacco-leather accord. The top notes are meant to evoke the acid and flinty Chablis, with its tart fruity notes (lemon and green apple). A surprising variation on the traditional citrus-headed leathers.

Jamais le Dimanche, by Alberto Morillas (Firmenich) is another example of the neo-ozonic vogue we’ve been seeing lately. Although “Never on Sunday” boasts a marijuana note I get mostly incense and calone (or a similar material) and a lick of hesperidics. Clearly, this Sunday is spent by the sea after mass, with possibly a little herbal remedy.

Prends Garde à Toi, also by Jean and Aurélien Guichard, is easily the weirdest of the bunch. With a herbal top note that’s just on the edge of being vile – a real love-it-or-hate-it – but ends up being oddly attractive, it clearly deserves its name, drawn from Carmen’s “Habanera”, which means “You’d best beware!”. According to the site, this is the essential oil of nettle, but as I’ve never smelled or eaten nettle (the only way I’ve ever approached the foul plant is from behind – mine – in circumstances on which I’d rather not elaborate), I’d say that this reminds me of the sour, tangy sorrel I throw into my omelets in spring. There is also a slight absinthe-like whiff. Other reviewers describe this herbal smell as Artemisia (Octavian of 1000fragrances) or tomato leaf and anise basil (Jeanne of the French auparfum), which sound about right. Though there is a jasmine heart according to the site, it isn’t terribly perceptible after having my nose rubbed into nettle. I do get a lot of earthy, dirty patchouli in the drydown with a mineral whiff.

The scent was composed as a tribute Carmen – Pierre Aulas says he had the inspiration to start his own fragrance line while singing in the chorus of the opera – and it’s certainly an unexpected one, Aulas’ personal favorite.

As far as I know, the Ego Facto fragrances are not yet available outside of France, where they are sold exclusively at selected Marionnaud stores, but Marionnaud sells them online. The Ego Facto site is, for the moment, exclusively in French but an English version is in the works. Meanwhile, you can check the humorous Ken and Barbie visuals and check out the handsome Pierre.