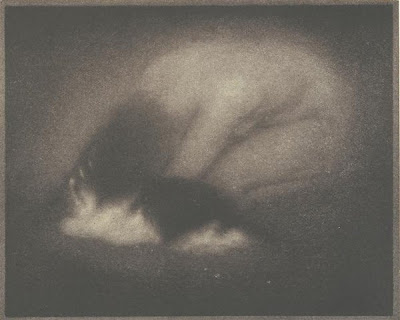 After the charred, clove-y blast of Serge Noire and the edible sun that is El Attarine – which I see as a weaving of several threads explored over the past ten years – Nuit de Cellophane finds the dark magus of the Palais Royal in a mellow, purring, white angora kitten mode.

This isn’t the first time Lutens goes soft on us: Fleurs d’oranger and Fleurs de Citronnier are both light-handed compared to much of the Lutens oeuvre, as is – inasmuch as jasmine can be toned down – the elegiac Sarrasins.

I am particularly delighted to see the Lutens-Sheldrake tandem use osmanthus as a star note, because I’d been hoping for it: Nuit de Cellophane somehow segues on the apricot facets of El Attarine and the indolic-leathery undercurrents of Sarrasins while considerably lightening up, both in mood and texture.

As has been remarked on boards and blogs, several major perfume houses – Chanel with Jacques Polge and Chris Sheldrake’s Beige, Hermès with Jean-Claude Ellena’s Vanille Galante, Annick Goutal with Isabelle Doyen and Camille Goutal’s Matin d’Orage -- have recently released fragrances that have an airy, silken, easy-to-like quality. Fragrances that don’t require a major commitment to be understood and worn. Maybe perfume houses need that to boost sales in the downturn. Maybe we need that ease – I certainly do, and have been turning more and more often towards this type of scent, enjoying their low-key, discreet sensuality rather than opting for the major-commitment-for-the-day, bang-for-the-buck bottles.

Nuit de Cellophane, though very different in style, has the same breed of delicacy. Despite the nocturnal name, it is a solar scent, opening with shimmering mandarin top notes anchored to the mandarin-like, stained-glass, candied facets of myrrh – there may also be a sprinkling of aldehydes boosting the effervescence.

The orange hue of the mandarin is matched by the apricot roundness of the osmanthus flower; the jasmine comes out with an indolic growl before melding into the evergreen astringency of tuberose. The latter material is listed nowhere in the notes, and simmers under the layer of jasmine. In fact, the effect of Nuit de Cellophane suggests layers of increasing density, from the sunny gossamer gauze of the mandarin-apricot to the flesh-like petals of jasmine, onto something that has the fuzzy, velvety texture of apricot skin and the thickness of suede – the leather-like facet of osmanthus, underscored by a smidge of castoreum and the barest whiff of civet, rising after several hours on the skin.

A vegetal-animal hybrid then; a chimera, but with an oddly edible quality. As though you could choose either to offer its female floral flesh to be eaten -- “abricot” is sweet French slang for the pussy-- or scratch its silken belly. This one won’t bite back.