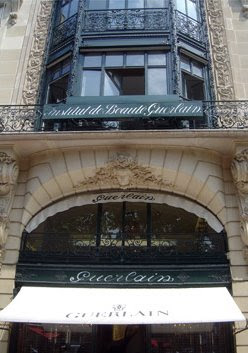 My last post has launched a passionate debate, especially in the French-language section. And a world first, since Sylvaine Delacourte, Guerlain’s artistic director, responded directly. I had intended to ask her to react – it’s done in journalism, why not in blogs? – before finding her comment…

For the benefit of my English-speaking readers, here is a translation of her response, which clears up the many points raised by the launch of her blog, Esprit de Parfum (in French exclusively).

I have read your attacks with attention and I want to inform you of many aspects which, it seems to me, should be pointed out. My blog is a personal initiative, in no way has Guerlain been involved; a friend (who has a web agency) set up my blog, and I started posting. I write my articles myself, with my heart and my desire to share my knowledge about the world of perfumery.

Some of articles, which I didn’t want to publish first, had already been written, which explains that the archives go back to January 2008 (I have corrected that mistake), and I was thinking of officially launching the blog in early March with the contents I had been preparing since the end of 2008.

Concerning the criticism addressed to my work, I hear them and I am listening carefully. Criticism is more constructive if it is followed by a debate… Let’s exchange on our various blogs! The discussion has already started on Esprit de parfum…”

I’d like to thank Sylvaine for responding so courteously. And I am quite proud that a dialogue – a stormy one, granted, given that no house arouses such passion as Guerlain – has been initiated between Guerlain lovers and the person responsible for the house’s destiny. This is also a first and I am delighted that it took place here, on Grain de Musc.