Berlin with Christophe Laudamiel (1): A Toad in the Grass 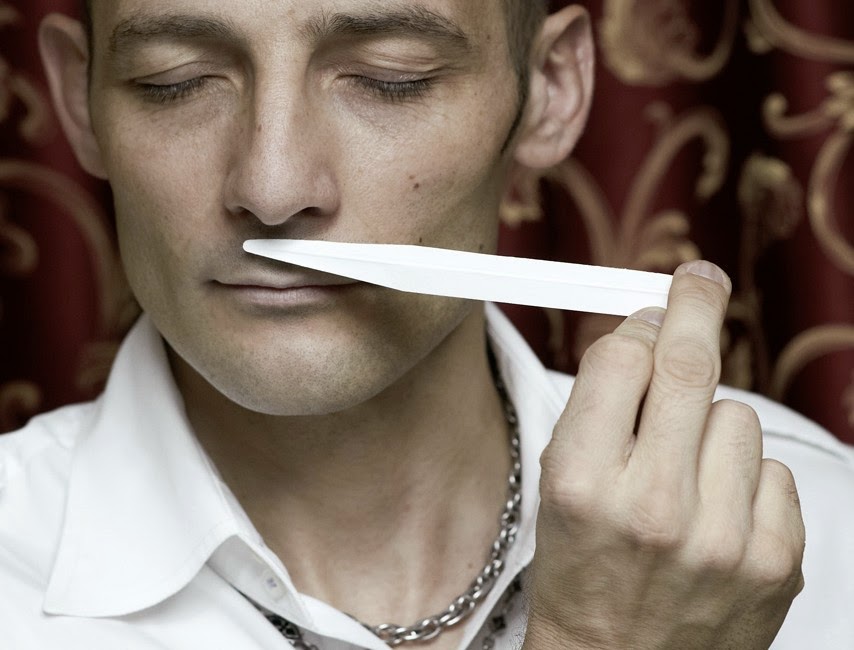 When Christophe Laudamiel sent me an invitation to see his most recent exhibition at the Mianki Gallery in Berlin, I figured I might as well poke my nose into it. To my knowledge, he is the only formally-trained perfumer to be represented by art galleries (Dillon in New York and Mianki in Berlin). Therefore, one of the very few actually walking the perfume-as-art talk.

So off I fly to Berlin, landing square in the Schöneberg district: the QuentinDesign Hotel is on the very same street as both the gallery and the lab of DreamAir, the company Laudamiel co-founded with his partner Christoph Hornetz.

We start off by popping in to see Les Christophs’ neighbors, the lovely Wolfgang and Melanie Gampe, who’ve just opened a shop around the corner. Laudamiel has equipped them with a Plume Scent device emitting a green tea fragrance he composed for them – a fresh scent to contrast with their Japanese-inspired, mostly black collection. I walk out of Studio Gampe with five pieces, including the red jacket Wolgang is wearing in this series. 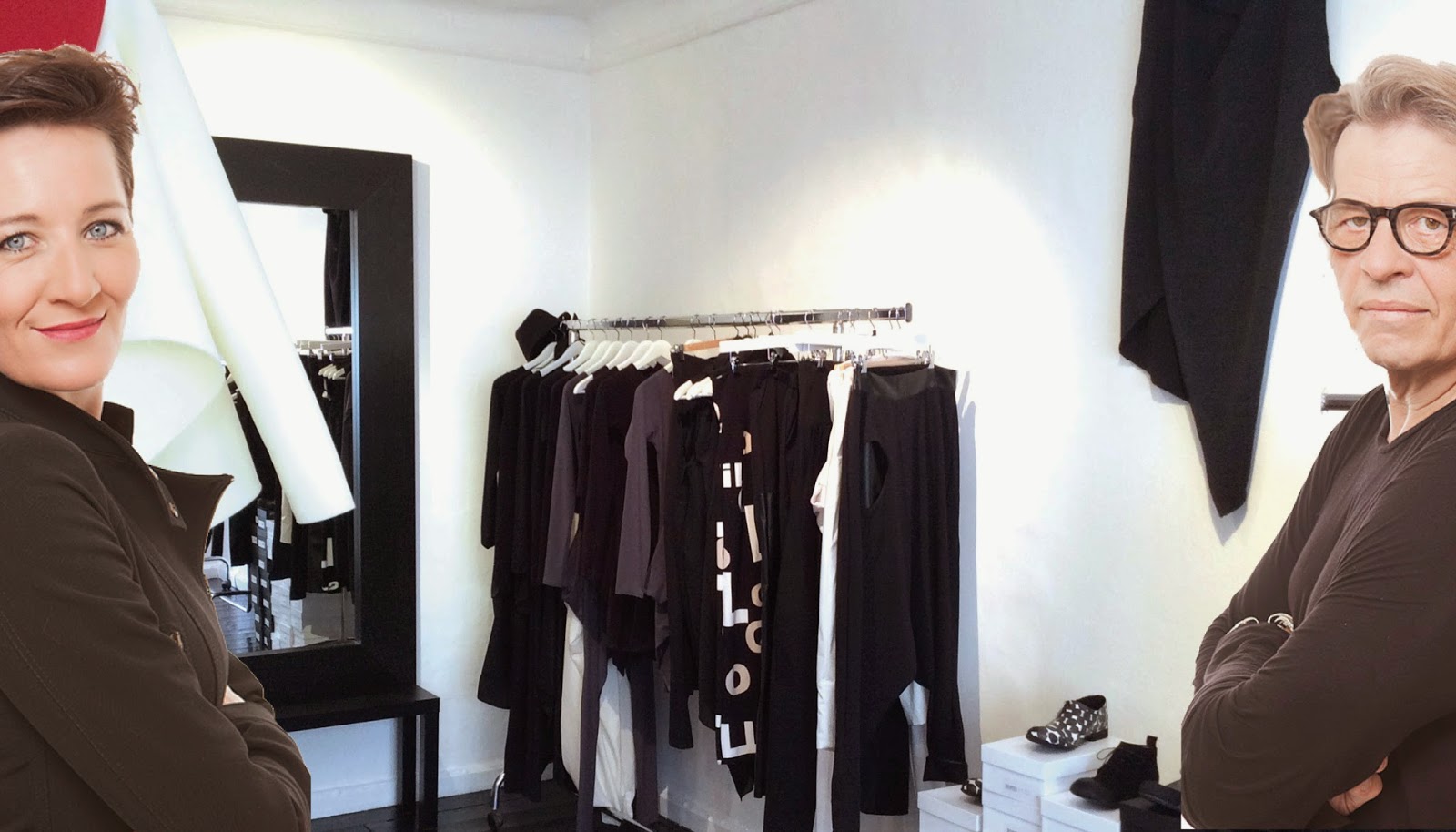 Back at DreamAir, we start exploring the Air Sculptures created for Laudamiel’s previous exhibitions at the Dillon Gallery in New York. This, for instance:

Lovely, dewy grass. With – eww, what’s that? – something icky squatting smack in the middle. Slimy metallic sickly. Then Laudamiel tells the story: that’s a big, warty toad you’ve stepped on while walking barefoot in a field. Squish. And the toad hops out. Your nose can’t unsee it.

Like much of his work, the toad-in-the-grass piece rests on conjuring things that don’t normally belong in the register of perfumery (even in fine fragrance, he loves to work with hard-to-handle stinker ingredients). The notes define the space: a slimy smell sitting in the middle of green dewiness. The words give it shape: a mash-up of fairy tale and a kid’s gross-out story.

While this is a fictitious composition (who knows what a toad actually smells like?), another piece, the smell of a roasted suckling pig, is more strictly figurative: an oh-my-God-it’s-really-that conjuring trick that triggers a surprised giggle. But though it might drive a vegetarian to order pork chops when he steps out of the gallery (Laudamiel swears this happened), one can easily imagine it triggering a PTSD attack in someone who’s had to deal with burn victims.

Emotion/memory is an ingredient of olfactory art in a more gut-driven way than in any other artistic medium. Smells penetrate. You can’t block them out unless you stop breathing. This potential for being repulsive or even traumatic is one of the limits of scent-based art. If you choose to designate commercial fragrances as artworks, you need to acknowledge their limitations compared to other media. Since they are essentially designed to please, they cannot embrace the full scope of emotions, sensations or narratives olfactory compositions are able to express.

If you restrict the “art” label to compositions created for galleries, collectors and cultural establishments, using this scope to its fullest extent stays tricky. How do you display? Limit the “invasion” (collectors have to live with what they buy)?

Scent-art is not only a matter of technique, but a technical challenge. It is also a medium that can only be explored by a very select few people. Art schools churn out hundreds of freshly-minted artists each year. Mastering scent involves years of training and practice: but this protracted learning process, and the career it enables, are practically designed to smother what art schools are meant to foster. (Of course, artist/perfumer partnerships have been a thing for years: who says a piece needs to have a single author?)

Laudamiel’s work defines itself as art, and operates within its institutions (museums, galleries), so that the issue is not whether it is art: it is. But hinc sunt leones : it ventures into such an uncharted territory, so bereft of any form of critical apparatus, that it is tricky to determine where his production as an artist stands in relation with other contemporary artists’.

Though a few brands, most notably Comme des Garçons, have transposed the codes of artistic avant-gardes into fine fragrance, there is practically nothing that compares in scope with Laudamiel’s work. By exploring the forms, narratives and delivery systems that lie beyond the commercial constraints of perfumery, he has initiated his own critique of the medium. His work will certainly contribute to shape the critical apparatus

For parts 2 and 3 of this series, click here and here.
Posted by carmencanada /Grain de Musc at 09:00