4711 NouvEAU Cologne: How do you say Kölnish Wasser in Mandarin? 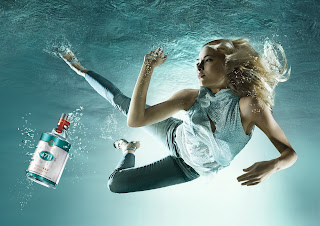 Though the French perfume industry pulled the rug under all the other nations’ juices thanks to the prestige of Parisian couture, France isn’t the only country to have made major contributions to the art. The proof is in three words: eau de Cologne.

The Aqua Mirabilis (the “Miraculous water”) originated in Italy, the land of citrus and herbs, but was commercialized in Köln, hence its name. It seems impossible to underestimate its impact when it started flooding the market in the mid-18th century. Its freshness and natural feel were much more in tune with the era’s sensibilities – Rousseau’s back-to-nature philosophy had swept Europe, and as his fellow philosophes Diderot and d’Alembert wrote in their Encyclopedia, “noses [had] become more delicate.”

Even today, sniff 4711, the German branch of the family (the French one being Jean-Marie Farina Eau de Cologne by Roger & Gallet), and you’ll realize it’s more than a scent or even a fragrance family: it’s a cultural fact of life. It’s been around for so long that it might well be encoded in our genes. It’s the smell of morning ablutions. A million soaps and toiletries must have knocked it off. A splash of it could strip any morning miasma.

Originally owned by Mülhens, 4711 has changed hands several times since 1994. It was bought in 2006 by Maurer & Wirtz, the German company that produces the almost equally iconic Tabac Original. Aware of the value of its historic acquisition, the new owner expanded the brand with a collection of six Acqua Colonias (including one by a famous German nose), a wink to the original’s Italian roots. Last year, it made a bid for the thriving “faux-de-cologne” market with 4711 NouvEAU Cologne, composed by Dr. Vincent Schaller of Firmenich, better known to aficionados for his fiercely animalic Le Labo Oud 27.

Its 18th century forebear was used as a remedy and in fact, the 4711 website still claims the beneficial effects of the original Kölnisch Wasser. In 4711 NouvEAU Cologne, the therapeutic ingredient is the evodia fruit, used in Chinese medicine to cure inflammations and headaches: this is the very first time it appears in fine fragrance. The essential oil is extracted from the fruit of the Evodia daniellii, also known as the bee-bee or honey tree because it is attractive to bees, which belongs to the rutaceae family like citruses; its name comes from the Greek euodia which means “sweet smell”, due to its fragrant flowers.

Evodia is a Firmenich captive developed by the Chinese R&D branch of the Swiss firm, which has been exploring traditional pharmacopeia[i]. The essence itself is reminiscent of tagetes, with chamomile, clary sage and petitgrain aspects and a green, herbal dominant: one of its advantages is that it doesn’t contain tagetone, the active principle that limits the use of tagetes.   Of course, the fact that this is an ingredient familiar to the Chinese is another plus. Might 4711 NouvEAU Cologne actually be a bid for this juicy, naïve market? It boasts not only evodia but also litchi and yuzu, two other Chinese staples.

But where the original Kölnisch Wasser was a trailblazer, its successor doesn’t stray from the codes, with a fruity-floral accord on a woody base, though the florals are the fresh, his’n’hers geranium and peony, suitable for a unisex cologne. A slightly disconcerting set of notes for a fragrance selling a modern concept of freshness. But then fruity-floral-woody is today’s default setting of scent, just as hesperidic notes used to be.

That said, there is a logic to shifting the classic cologne’s citrus-herbs-neroli structure to a different part of the olfactory map, with yuzu instead of lemon, orange and bergamot, raspy green blackcurrant bud, geranium and the herbaceous evodia standing in for aromatic lavender and rosemary, and the fresh rosy-green floral notes like peony and litchi in lieu of neroli and rose. A diffusive “spiky wood” and a slightly metallic-ozonic effect do indeed give the scent a blast of airy cleanliness.

4711 NouvEAU Cologne is pleasant, well-balanced and upbeat. For the price (€30 for 150ml) it’s probably much better value than loads of fragrances that sell for twice as much. I’d much rather smell this in the morning than get my nose Axed.