With Guy Robert's passing, perfume has lost much of its living memory 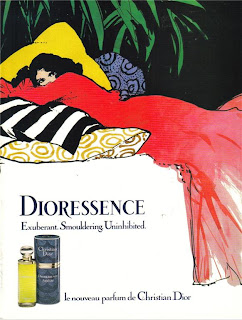 Perfume has lost part of its memory with the passing of Guy Robert, the author of Madame Rochas, Calèche, Doblis, Dioressence, Amouage Gold… His friend Jean Kerléo, founder of the Osmothèque, used to pick his brains when he needed more details for his conferences. Michael Edwards was fond of saying that whenever he had issues in classifying a fragrance, he’d go down to see his old friend Guy Robert. He shared his knowledge generously: in fact, when I emailed him to ask him where I could obtain Les Sens du Parfum, his out-of-print book, he lent me one of his own, few remaining copies, on the condition that I ship it back to him, which I did. When I found an extremely rare bottle of his Chouda, the scent that was meant to be the first Grès fragrance, I asked him for details and he readily responded.

To pay tribute to this great gentleman, here is my translation of the prologue to Les Sens du Parfum (Osman Eyrolles: 2000), which offers a tender glimpse of the perfumer not only as an artist but as a lover…

This evening, we’re going out.

I love the dress you’re wearing, held on your patch of bare shoulder by that pretty golden thing.

You’ve applied this perfume, the one I don’t know whether it’s “finished”. Later, in the theatre, I’ll be able to “watch” it while listening to the play.

Then, later, when we’re having supper in the discrete, elegant little restaurant we love, I’ll know if it can withstand a change in atmosphere and setting.

You’ll want me to tell you everything about perfumery, which we are both passionate about. Even though your skin knows how to speak about it so much better.

It isn’t simple to speak about a sensuous thing, a thing which is after all the expression of a dream, which is also part of ourselves, of our hedonistic world, and which underlines our personality.

Perfumery is first and foremost a wonderful means of communication, an extraordinary evocation of our memories, a powerful tool, and it’s also an art.