Dear Alber: We've got to talk about Jeanne 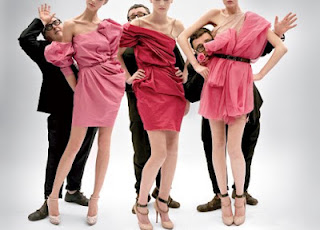 You can’t possibly remember, but back when I could afford Yves Saint Laurent and you were designing, I bumped into you in front of the rue du Faubourg Saint-Honoré boutique. You were arranging the window, and started explaining to me why you were bringing back the suit jacket. I told you how beautiful and strong your clothes made me feel. We parted with a hug. Somehow I couldn’t have seen this happening with your successor. I followed you to Lanvin, and though most of the pieces I bought are now over six or seven years old, they’re still the ones I pull out when I want to feel impeccably elegant without looking as though I’d tried too hard. Your designs have dignity – in fact, they remind me of what Yves Saint Laurent’s right hand, Mme M., once told me: “Yves would never put a woman in danger”.

I know designers aren’t asked much for their opinion on the scents the brand that employs them put out. But I was told by Domitille Bertier, who composed Jeanne Couture, that you did have approval on them. And I know that fragrances are intended primarily to make money for a brand. But I’m wondering why there is such a disconnection between the scents and your designs. Yes, the label is your trademark grosgrain, and there’s a pretty purple grosgrain bowtie on the bottle. Jeanne Couture is charming and it doesn’t feel like I’ve been dunked in a vat of syrup, but… though I utterly adore the smell of raspberries in a bowl, that fruit can be juicy, but never couture.

A plum can pull it off. So can a peach, without mussing a hair. In a pinch, I’ve even seen pineapple crown a Patou chypre. A cherry might play on its kinship with almond and licorice…But not the merry berry... Granted, Domitille Bertier hoisted that girly on cedar stilettos, and tucked some of that wonderful Monique Rémy magnolia absolute in her clutch. But she’s still popping bubblegum into her smartphone, and wobbling on her platform shoes.

Alber, Lanvin’s logo is a mother and daughter. Jeanne Lanvin had Arpège created for her beloved pianist daughter Blanche de Polignac. Does it ensue that every single fragrance the house now launches is made for girls, even though they're the ones who can afford to spend the most money on fragrance? How about whispering to Inter Parfums who own the Lanvin fragrance license that it’s time to think of their mothers? The women you actually dress or who’d love to be dressed by you?