My Top 10 of spring 2012: Scents that press the reset button 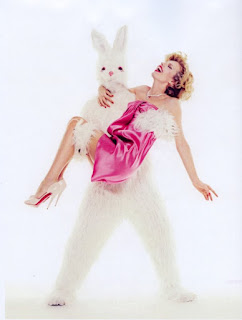 This spring has felt like a new beginning for me in many ways, since the book I started two years ago finally came out, and Séville à l’aube, which has been part of my life for as long, finally acquired its physical, commercial shape. Proud accomplishments both, though in truth they make me feel a little bereft. The book and perfume have become products, put out by companies to be bought by people in the real world, who will deal with them as they please.

I haven’t moved on to a new book yet since I am still finalizing the French translation of The Perfume Lover. But I am working on new fragrance developments. Since last December, I am also the perfume editor of Citizen K. This is hugely fun, since my boss, the brilliant and fearless Maïté Turonnet, encourages to be irreverent and quirky, a rare privilege in the glossies.

Between evaluating mods and going to launches, I am smelling more things than ever before, which means that every once in a while, I need to go back – or discover – scents that will hit the reset button. Edmond Roudnitska’s Diorissimo and Eau Sauvage (the pre-reformulated version) and Le Parfum de Thérèse work a charm for that, but I’ve already quoted them several times in these seasonal round-ups. So here is my selection of products that feel, for various reasons, like a fresh start.

Molecule 01 by Geza Schoen for Escentric Molecules. Surely the ultimate reboot: starting from scratch with a single molecule, ripping the discrete but ubiquitous iso E super from the depths of perfume formulas where it smoothes out bumps and gets other notes to play nice with each other. Therefore transforming our odor sui generis into the formula.

Aedes de Venustas eau de parfum by Bertrand Duchaufour. Twice a revolution: giving the tart green rhubarb accord unprecedented power and using it to skewer the darkest chypre, slicing open the classic pyramid structure. The effect is an intensely contrasted green/black fragrance that feels like a plant shoot ripping open black earth on its way to the sun. A fresh start for the perfumer, who is keen to explore what he calls “crazy accords”.

Infusion d’Iris Absolue by Daniela Andrier for Prada. The original is already a modern classic: for Octavian Coifan, it is the Chanel N°5 of the 21st century. In this new interpretation of the heraldic iris, the blinding brightness of the sprightly green notes gives way oriental balsams, with added richness brought by orange blossom absolute. While I found the original too cool and clean to feel comfortable in, the added contrast of balsamic notes draws me in. Can perfection be improved on? Apparently, when you’re Daniela Andrier, it can.

Antonia by Annie Buzantian for Pure Distance. The IFRA-vandalized Diorissimo can no longer pretend to the “ultimate spring floral” title. Antonia is a contender: as impeccably modern and pared-down as Roudnitska’s masterpiece in its day. Too delicate to fit into any niche code, Buzantian’s abstract essay on the spirit of vernal flowers, centered on a tenderly fruity magnolia, is a fresh start on the theme. This is the type of new classic that luxury brands should be giving us.

Chanel N°18 by Jacques Polge. Clear and palate-cleansing like a shot of Poire Williams spirit, this iris-rose-ambrette accord is as facetted as the Chanel Joaillerie diamonds that purportedly inspired it, and just as limpid.

After Midnight by Émilie Coppermann for The Different Company. Like Chanel N°18, this “faux de cologne” plays on the limpidity of ambrette, associated with angelica, another vegetal musk, whose herbaceous facets blend with green lentiscus. Radiant and bracing.

L’Éther by Olivia Giacobetti for Iunx. Ether: “The element believed in ancient and medieval civilizations to fill all space above the sphere of the moon and to compose the stars and planets.” A prickly saffron-rose-myrrh vibration, underlain with incense and de-materialized sandalwood: this is what the Fifth Element – literally the quintessence – must smell like.

L’Eau de Chloé by Michel Almairac. The feel of a fresh start can also come from a new way of working a note into a scent. In L’Eau de Chloé, this new way is also one of the oldest: using rosewater for rose, a premiere in fine fragrance and an intensely natural effect.

Pohadka by Vincent Micotti for Ys Uzac. You can get the feel of a fresh start by delving into a note that is little explored, or discovering a new voice in perfumery. Though it is more autumnal with its harvest-time golden tones and deep hay-tobacco-moss hues, Pohadka felt like spring because I hadn’t smelled anything entirely like it before.

For more Top Tens of spring, click to: Bois de Jasmin, Now Smell This, Perfume-smellin' Things and The Perfume Posse.