L'Eau Argentine by Olivia Giacobetti for Iunx: A Scent of Silver, Powder and Tea 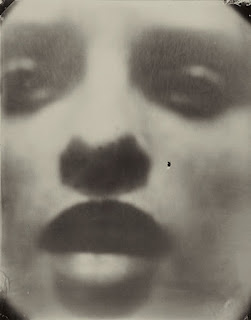 Argentine, in French, means both the country – name after the Rio de la Plata, the “river of silver” – and “silvery” as in sound or color. The notes of L’Eau Argentine by Iunx touch on both of these meanings: Argentina, with yerba mate, which has a bitter/smoky aroma along with strong tobacco-hay facets. And silvery, with the metallic tinkling of ionones, molecules present in maté, but also tea, violets and roses, which give off a powdery, iris-like impression in L’Eau Argentine.

In fact, tilt your nose away from the faded gelatin silver prints of the pampa – the maté leaves and that chill open-air sensation of tall dry grass –  or of transatlantic schooners bound for Buenos Aires – the smoky hemp rope smell – and you’ll brush it against a retro rice-powder swan down puff (rice straw is listed in the notes). This velvety-powdery rose-violet-musk accord plays against the bitter, teeth-gritting tannins of yerba mate, which gives L’Eau Argentine a fine-grained texture with contrasts of raspiness and smoothness, and a feeling of dryness.

Olivia Giacobetti’s scents are elliptical enough to let through other stories than the ones she provides and though she says L’Eau Argentine is the “fragrance of wise men”, you could just as well imagine some soigné señorita twirling from the arms of a sailor to those of a gaucho in a Buenos Aires dance hall… The silver might as well be a screen.

L’Eau Argentine has recently been re-issued but is solely available at the boutique of the Hotel Costes in Paris (150 ml for 130€, in case you need to send someone over…). L’Éther, L’Eau Blanche, L’Eau Baptiste, L’Eau Givrée and L’Eau de Sento have also been reedited.