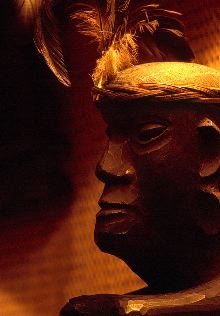 “This is the golden eye that reflects beauty and conflict, rapture and pain…”
The copy for Fils de Dieu, du Riz et des Agrumes on État Libred’Orange’s website drops a hint of the scent’s former name – an oblique reference to John Houston’s Reflection in a Golden Eye, based on Carson McCullers’ eponymous novel. The golden eye is that of a peacock painted by Anacleto, the artistically inclined Filipino houseboy-caretaker-companion of Julie Harris’s character.

But the most obvious Filipino narrative here would seem to be gastronomical. Ginger, coriander leaves, lime, shiso, bergamot, coconut, rice, cardamom, jasmine, cinnamon: half the notes listed for the “Son of God, Rice and Citrus” sound as though they should be served up with chopsticks and a tea bowl. Fortunately, they don’t smell that way. Ralph Schwieger, who signed Eau des Merveilles and Lipstick Rose, may have a yen for oriental cuisine, but clearly he’s studied it closely enough to tug the ingredients towards the vocabulary of perfumery. In fact, every one of those notes (even rice which popped up in Kenzo Amour and Ormonde Jayne Champaca) does belong to the perfumer’s palette.

Schwieger’s sense of humor, spurred on by État Libre d’Orange’s trademark irreverence, has been to put them together and translate them into something that belongs on skin; that even conjures the skin of a person who’s been handling fresh, tangy herbs and citrus fruit in a sun-drenched kitchen, then cut some flowers in the garden (a similar olfactory sleight-of-hand was performed by Mathilde Bijaoui in the mandarin, carrot, ginger and pumpkin Like This).

The trick here is to tease out the secret connections between food and flowers, conjuring jasmine out of coconut via their common lactonic character, or the affinities of rice and roses (underlined by Jean-Claude Ellena in his Journal of a Perfumer) – after a sparkling, citrusy-savory opening, the latter dominates a milky-powdery heart, anchored by a soft, musky-leathery base.

Whatever the name on the label, Fils de Dieu, du Riz et des Agrumes is a strikingly original, subtly playful scent, and proof that Ralph Schwieger, as well as État Libre d’Orange, are creative forces to be reckoned with: they’re believers.