IFRA gets a sense of Europe 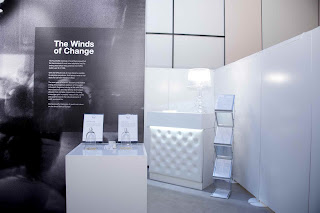 Pinning half the woes of contemporary perfumery on IFRA has become a quasi-pavlovian reflex for perfume lovers. But it’s worth recalling, because there’s still a lot of confusion around the matter, that our favorite bogeyman’s standards are not legally binding.  One of the reasons for these standards is that the industry decided to self-regulate preventively to avoid having even stricter standards imposed by legislators.

The fact is, the pace of restrictions accelerated after the EU lavishly funded research on the "dangers" of cosmetics ingredients in 2003. Throw millions at a group of scientists and oddly, they'll tend to come up with a lot of findings. A chill ran through the industry. The precautionary principle was applied. We could point out that the industry carried out its policy too zealously. That it would have better inspired to defend the integrity of its products and raw materials as soon as they started being threatened.

Well, now it seems that IFRA is, at last, attempting to reverse the trend with a positive imaging campaign directed at EU organisations and legislators. Since a significant part of the fragrance industry is in Europe, the laws voted by Brussels affect its production worldwide. But European MPs don’t necessarily know more about perfume than their constituents.  This is why IFRA now organizes visits to the labs so that lawmakers can get a better picture of the perfume-making process, and of the jobs and wealth the industry generates. In early February, it also presented the “A Sense of Europe” exhibition in the European Parliament in Brussels.

Throughout the exhibition, installations retracing the history of the European Union were illustrated by landmark fragrances such as Eau Sauvage or the scent of the Ariel washing powder for the “You never had it so good” decade, and by olfactory sculptures created by Christophe Laudamiel: the smell of the Italian palazzo where the Treaty of Rome was signed; “Oranges and Bananas” to celebrate the fall of the Berlin wall (Ossies famously feasted on the fruit when they crossed over to the West); “Sweaty Smoky Nightclub” for the creative boom of the 90s and, ironically, “The Smell of Money” to illustrate the recent woes of the Eurozone…And finally, “Community”, whose entire formula was disclosed to visitors along with Laudamiel’s short descriptions of each ingredient. This unprecedented move aimed to make MPs realize how complex a fragrance composition is (a common misconception is that the allergens listed on boxes are the actual formula), but also to convince them that disclosing perfume formulas would not help consumers determine whether a product presents potential risks, at a time when some groups are pushing for full transparency.

“Trial and error is the only way to advance and to create in this Art, which is sometimes considered as one of the most difficult Arts there is”, writes Laudamiel. “So please appreciate it, protect it and be inspired! Your nose is made to smell like your eyes are made to see. You will not damage your nose just by smelling scents, like you do not damage your eyes just by looking at pictures. Besides, unlike your eyes, your olfactory cells die and get renewed every couple of weeks, like the teeth in sharks. Perfumers smell every single day and much stronger things because of their jobs and still live very long inspired lives... Finally, smelling is even considered good aerobic exercise for your brain helping to protect against senility and keep a healthy sharp brain. So enjoy!”

Here is a video of the exhibition: