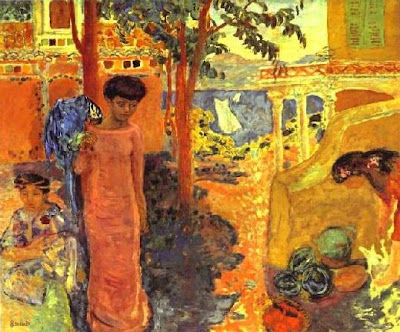 In her blog, Dawns Spencer Hurwitz yields two bits of information that hold the key to her submission for The Mystery of Musk, Musk Eau Natural, a fragrance she admits is fairly atypical of her style. One is that she thought the list of musk-related materials provided by Anya McCoy was restrictive. As a result, Musk Eau Natural is possibly the truest musk of the bunch.

Another is that as she composed Musk Eau Natural, she was also working on a series of Egyptian perfumes for an exhibition at the Denver Art Museum. And it shows. With its saturated, almost medicinal aromatic opening, Musk Eau Natural is less of a perfume than it is an archaic potion, the missing link between an aphrodisiac brew and the Guerlains of the Art Deco period which inspired Dawn. As she herself underlines in her blog, the Art Deco era was indeed swept by one of Europe’s period bouts of Egyptomania, fired up, this time, by the discovery of King Tutankhamen’s tomb by Howard Carter in 1922. But it was also, more significantly, a time when perfumers renewed their acquaintance with the balms and resins of Oriental perfumery: as though the sleek lines of the flapper’s shift dresses, their cropped bobs and naked limbs called for more elaborate ornamentation to compensate – hence the stylized embroideries, heavy makeup and heady, come-hither fragrances of the period.

But if Musk Eau Natural references the animalic interwar-period scents, it is only in their drydown. There is very little verticality to the fragrance: the intensely aromatic, herbaceous, almost anisic top notes burn off quickly, after which the scent is essentially overtaken by the muskiness angelica develops after its initial green/woody phase and the amber monologue of labdanum – in fact, the scent is so saturated by those two power players that the listed ambrette, rose, jasmine sambac, sandalwood, patchouli, oud, cumin and vetiver, are practically absorbed – wrapped in the honeyed animal fattiness of beeswax. A touch of costus, with its soft dirty hair and sheep wool notes, further welds Musk Eau Natural to the flesh. And there it lies, intimate, sweet and faintly fatty, as though exuded by the skin of some resin-eating hetaera. Musk Eau Natural is the scent of a forgotten age where women anointed themselves ritually in preparation for love. If it were presented in oil form, I’d rub it on my breasts and under my arms, then let a few drops wind their way where they would… And I’d save a few for Isis.

Musk Eau Natural, as well as three variations on the theme, is available on Dawn Spencer Hurwitz’s website in a limited edition of 20 bottles each.


P.S. I’m shamefully late in reviewing the remaining Mystery of Musk scents. My apologies to all the perfumers who are waiting for reviews, as well as to Anya McCoy and Elena Vosnaki who went through the considerable trouble of organizing this operation. I’ll be moving through the collection in the coming weeks.

P.P.S. You still have until Sunday to leave a comment on the Mystery 6T scent (see the previous post) offered by WaftbyCarol, to get a chance to win one of the only 22 bottles ever produced of this unknown fragrance from the Webber estate.