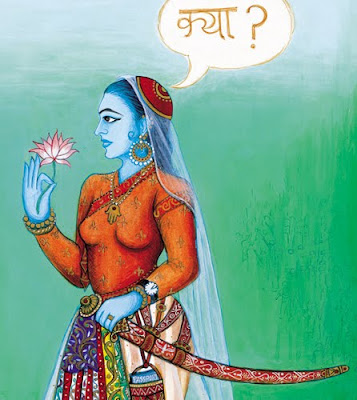 The more I delve into the Mystery of Musk series, the more I get the feeling that musk was actually just an excuse for most perfumers to let the animal in them take over the pipettes…

JoAnne Bassett’s Sensual Embrace is a case in point. Musky? Not so much. But animal? Call the Brooklyn zoo. Meanwhile, start singing “I can’t give you anything but love, baby” to that big cat on the roof.

The jarringly dense top notes blow off in a matter of seconds to give way to intensely honeyed ones. I’m getting a lot of broom from this – in other words, honey and tobacco – but that may be because JoAnne has put in an actual tobacco extract. I also get another animal from the floral kingdom, chamomile blossom, which smells delightfully like an overheated field choked with drying plants, but as it’s not listed, I think that could also be some combination of the tobacco, rose oil and labdanum. But the real star of this gig is the jasmine sambac, listed as “vintage” (how long does that stuff actually keep, JoAnne?) which comes along playing a rose-jasmine accord while packing a very un-ladylike indolic wallop, reinforced by an orange blossom that should really be taught a few manners, and a tuberose which, surprisingly, cowers a little in the background, its presence betrayed by the minty tinge it adds to the green facets of the jasmine and rose. The vintage sandalwood takes over in the final drydown and it’s all smooth milky smoky loveliness…

Sensual Embrace lives up to its name, with a good-natured messiness to muss up its classic rose and jasmine get-up – as far as embraces go, this one rolls all over the couch, with much knocked-over crockery. Too bad it’s a quickie – a couple of hours of skin and it left without taking my phone number…

From what I’ve seen and sensed of Anya McCoy in the various virtual hangouts we share, she seems to have a strong, bold, generous personality, and a willingness to take on both prickly issues (such as IFRA regulations) and tricky, unusual raw materials, many of which she produces herself. Which makes me all the more frustrated I can’t seem to get a peg on Kewdra, the scent she composed for The Mystery of Musk, which many of my fellow bloggers were clearly smitten with.

I knew neither pandanus (also known as kewda) nor boronia essential oils, which Anya uses in the blend, so I looked them up. I learned that pandanus has a honeyed, hyacinth aspect, which explains why, on smelling Kewdra, after an initial umami feel (the top notes give off something like lovage), I’m getting broom (the honey facet) and a green-tinged rose oil (rose overlaps with hyacinth on the scent map). As for boronia, I now know its essence contains ionones: the violet does pop out of Kewdra, loud and clear. Anya also lists green gardenia: is that what I’m reading as orange blossom amongst the suave, honeyed beeswax notes?

The opening, vegetal green note persists throughout the floral heart of Kewdra, taking on a slightly sour apple tinge that announces the ambrette is kicking in, along with its usual botanical musk partner-in-crime, angelica. After its initial, flamboyant hour, Kewdra is very much a skin scent.

Somehow, for me, the pieces don’t come together on this one. Maybe natural perfumery is just not my thing, though I did enjoy some of the compositions I received: the door’s not closed, just a bit jammed.

I’m feeling rather guilty that I haven’t posted the Mystery of Musk reviews in due time, and apologize sincerely to the perfumers who sent me their compositions. My question is: do I move forward on the Mystery of Musk reviews at whatever pace feels comfortable to me? Or do you people out there reading me think that these fragrances have been well and thoroughly reviewed by my fellow bloggers, and that I should just move on to stuff I’m more familiar with?