A Few Considerations on Natural Perfumery and Web 2.0 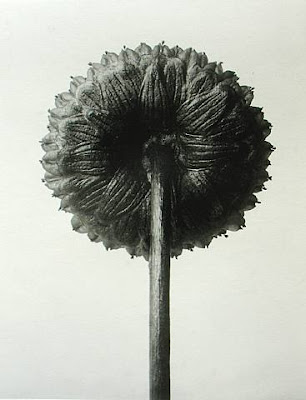 When Anya McCoy and Elena Vosnaki reached out to me to be part of the joint-blogging celebration of the 4th anniversary of the Natural Perfumers Guild founded by Anya, I thought it was an excellent opportunity to explore the world of natural perfumery. For a blog called Grain de Musc, it seemed, well… only natural to delve into “The Mystery of Musk”. After all, in my very first blog post, I mused on musk as the phantom of perfumery: the missing material – whether in its natural or now-banned synthetic form, nitro-musk – that haunted perfumers by its absence from the palette, after centuries of musk-mad humanity… So it was a fascinating perspective to see whether natural perfumers could come up with compositions that recaptured the suave-dirty charms of the elusive ingredient.

But after dipping my blotters in the ten vials that made it to me (Strange Invisible Perfumes and Alfredo Dupetit are still AWOL) and batting away my blissed-out cat, my first reaction was: now I know why perfumers were so happy when synthetics were invented. I mean no disrespect to natural perfumers. It is devilishly difficult to give structure and volume to scents without resorting to synthetics or isolated molecules. The problem is that my olfactory culture is strictly confined to compositions written by perfumers trained in the French tradition. The language of natural perfumery, largely devised by perfumers either self-taught, or taught by Mandy Aftel and Anya McCoy outside the “official” circuits, is essentially opaque to me. I am familiar enough with natural raw materials to “get” them: but it is their very rawness that strikes me first, rather than the artistic process that went into making the scents.

Perhaps it’s a cultural thing. I am not French but I’ve spent half my life in Paris, and have acquired all the cultural reflexes of a Parisian. The French culture is intensely institutional and indie perfumery is barely developed here. In fact, the whole indie culture that’s been thriving mainly because of the internet remains under the radar in Paris. Which brings me to the following digression.

Last week’s “Enchanted, disenchanted” post seems to have created a bit of a stir: some of the people who commented here or on other blogs were annoyed or distressed by what they perceived as a put-down of the “newer”, “smaller” blogs. I truly, sincerely apologize for that: it wasn’t my intention. On reflection, my reaction probably springs from my professional background and generation: when I started out as a journalist (with a typewriter, remember those?), writing was something that reached the public because a person other than the author, an editor or a publisher, decided that it was worthwhile investing money in. The pieces were fiercely discussed and edited: praise runs scarce here in Paris. I suppose I’ve carried over some of the reflexes of the Gutenberg era into Web 2.0…

I know the blog is a publishing medium, not a genre, and can host as many voices as there are authors, each with their own way of, and reasons for writing, each generating their own language and readership: we all love perfume, we are all seeking to delve further into its beauties by reflecting on it, and the cause of good perfumery can only be forwarded by the greatest possible number of voices claiming there is life beyond the latest celebrity juice or fruity-floral soup.

One thing’s for sure, though: as far as the online perfume community is concerned, we’ve definitely reached the point where it is starting to break down into several different communities, whose members each have their own itineraries (who they visit, where they comment). The general conversation is over. There is just physically no time to follow it all. That’s what I wanted to express in the original post: nostalgia, not for the time where there were just a happy few, but for the time where I could embrace the whole scene in my weekly browsing. Guess I’ll have to live with the idea that I’m missing out on some parties…

Which brings me back to natural perfumery, a party I’ve missed out of altogether. At some level, it seems to me it has developed much in the way that the Web 2.0 culture has, and is spreading thanks to that culture. The very nature of the activity – independent, small-scaled, self-edited – has released it from the criteria applied to “classic” perfumery, much in the way that online writing has been cut loose from the “classic” process of commissioning pieces, editing and publishing them. Each of the perfumers who submitted a composition for the Mystery of Musk operation has his/her own language, untrammeled by the demands and rules of more commercial perfumery, whether mainstream or niche. The sheer number of those voices and their very idiosyncracy make them very difficult to read for someone like me, whose training, such as it is (and God knows the more I learn, the more I realize I know next to nothing), is purely “classic”. But just as I’m moved, perhaps mistakenly, to apply some Gutenberg-era criteria to Web 2.0, I feel it would be dismissive not to apply the criteria used to judge more “classically” composed fragrances to natural perfumery. I mean, we’re not talking aromatherapy here: natural perfumers are engaged in an aesthetic process just like their “classic” counterparts. Some of them may explore pre-modern recipes, but their creative approach is contemporary. I know this discussion is old hat: it goes back to the kerfuffle that went down at the time when Luca had a blog, and where he promised he’d eat his fedora if he found a natural perfume as beautiful as Mitsouko. Anya McCoy published a thoughtful summary of the whole affair on Basenotes. I’m not quite sure the issue has cleared up though. In fact, I’m not quite sure of anything, except that I have great doubts about my competence to write anything enlightening about the fragrances I was so kindly invited to discover.

Guess I’ll have to live with that too. I'll do my best.