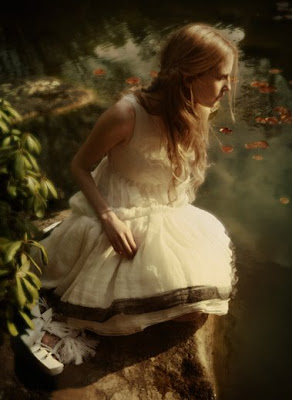 Straight after giving my December course at the London College of Fashion, I found a moment before jumping on the Eurostar to pay my first visit to Ormonde Jayne’s tiny black-lacquered shop in the Royal Arcade (God save the Bobbies – I had to ask several times for directions before getting my GPS-less tush there).

The shop was doing very brisk pre-Christmas business: at least seven sales were rung up in the half-hour I was there, mostly to men on a mission from the wife/girlfriend.

I immediately recognized the lovely, petite Linda Pilkington, identified myself and had a short, informal and off-the-record chat with her – she did tell me she had plans for expanding distribution, but not the line itself as she preferred to concentrate on selling the scents in her collection, which she is quite rightly proud of.

Thus Tiaré, the latest OJ jewel, will be the last new scent for the next two years. A new shipment had just come in – there were glitches in the tiaré absolute supply.

You could think of Tiaré as the sunny side of Linda’s sensational Ormonde Woman: a bright tropical orchard to its dark green forest. Like most Ormonde Jayne compositions (orchestrated by the German perfumer Geza Schoen if my information is correct), Tiaré is bathed in the powdery woody haze of Iso-E super and cedar which is the house signature (and sometimes seems to overwhelm the blend as the scent ages), melded with intense, narcotic salicylic notes that give it the plush texture of dense white velvet. It is this thick petal texture that sets it apart from the scents it has been compared with, namely Chanel Cristalle or the more recent Estée Lauder Private Collection Jasmine White Moss. The lime and mandarin citrus notes cut through this texture and infuse it with green bitterness but unlike Cristalle, there is no galbanum. The scent does, however, reference green chypres with a touch of moss (Evernyl rather than oak or tree moss).

As for the namesake tiaré absolute, lifted by a green floral heart of muguet and light jasmine notes, it is used more to add a layer of lushness that for its traditional, tropical effect. The overall feel is that of spring-like, amiably sensuous femininity. It smells rather more natural than Jasmine White Moss and a little more grown-up than Cristalle: lover of both scents would do well to check it out, especially since the discovery set is now available again, as everyone who’s on Ormonde Jayne’s mailing list now knows (Tiaré is, unfortunately, not part of the samples).

As for myself, I voted with my Visa and stepped out of the shop with a 50 ml eau de parfum. It’ll do wonders come April.