It's aquatic, Jim, but not as we know it: L'Eau d'Issey Absolue by Olivier Cresp 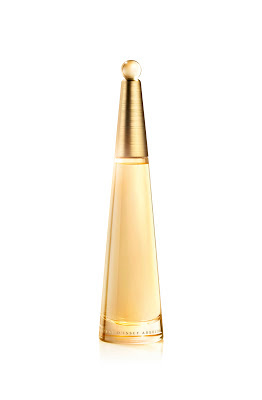 Perfumers have been re-exploring aquatic notes lately, as I noted in my round-up of 2012. In the upcoming Narciso Rodriguez L’Eau for Her, a cyclamen-muguet accord adds coolness to the rosy-musky-woody original, and most of the spring flankers soon to be flooding the aisles pay lip service to H2O, with Balenciaga L’Eau Rose (a variation on the signature scent only available in the brand’s boutiques), Nina L’Eau, Eau de Cartier Goutte de Rose or Valentina Acqua Floreale…

Ironically, the scent that started the drop of water rolling has flip-flopped away from aquatic so determinedly you’d barely recognize the original scent from its latest flanker. Though for all I know, some of those 15 flankers (or more: that’s where I stopped counting) strayed just as far. Despite my admiration for the 1992 version, there’s no way I’d ever let the Mother-of-all-aquatics near my skin, so  I wasn’t even intending to try L’Eau d’Issey Absolue, out on February 1st… but then I did.

And guess what?  Olivier Cresp has turned water into honey. After the merest hint of a fruity, slightly watery opening (pink lotus and freesia are the given notes), L’Eau d’Issey Absolue smells as golden-nectary as the hue of the juice.

The narcotic floral note is claimed as night-blooming jasmine, a.k.a. Cestrum nocturnum, queen or lady of the night, which isn’t actually jasmine but a relative of datura.  In Le Jardin Parfumé, Jean-Claude Ellena describes it as jasmine/narcissus with horse manure facets. None of the latter crop up, mercifully – the flower is an accord based on jasmine sambac, vanilla and a Provence honey absolute exclusive to Firmenich, which does add a soft animalic layer to the indolic jasmine sambac. The honey-smothered floral effect is quite intense for a couple of hours before subsiding into a subtler, sensuous haze. In the drydown, there may be a hint of the original structure. Unless it’s just the memory of water?
Posted by carmencanada /Grain de Musc at 08:30