Fragrances of the World, the 2013 edition 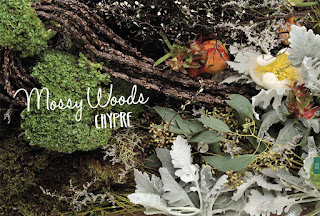 There isn’t a fragrance writer alive who hasn’t bemoaned the utter impossibility of testing every single scent that comes out. 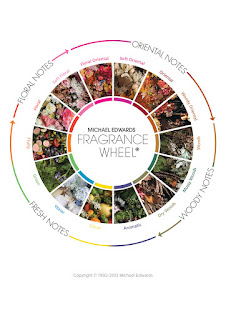 1992 saw the launch of a mere 11 flankers and no limited editions. They accounted for 459 launches last year. For Michael Edwards, “Limited editions remain strong:  206 in 2012, compared to 228 in the previous year. More and more, though, I sense that the seasonal fragrances are being used to test the market: if successful, they tend to join the regular line-up.”

Fragrances of the World is certainly the best resource to wade your way out of this tsunami.
You’ve got until January 28th to order the 2013 edition with a 10% discount, using the code FOTW13 at fragrancesoftheworld.com. 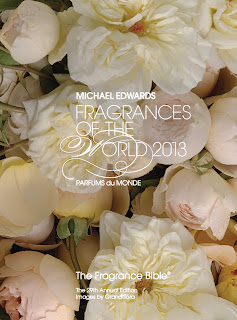 This new edition features gorgeous photographs by Gary Heery in collaboration with Saskia Havekes of Grandiflora Sydney, whose floral designs you can covet by clicking here.

Grandiflora will soon be presenting its signature fragrance, a particular thrill for me since I have long admired its author, who has signed very few scents and is featured in The Perfume Lover.
Posted by carmencanada /Grain de Musc at 14:36