Portrait of a Lady by Dominique Ropion for Frédéric Malle : The Other Side of Oriental 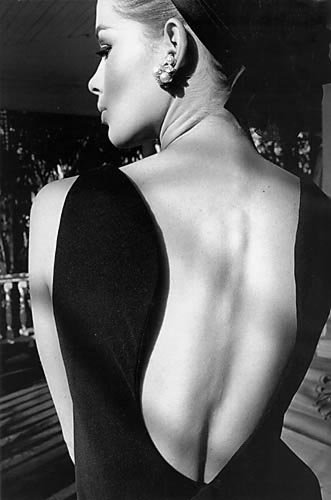 Tuck Henry James back onto the bookshelf and stop speculating about what scent would suit Isabel Archer. If anything, the lady whose portrait Dominique Ropion paints for his 9th collaboration with Frédéric Malle (counting his home fragrances) is a dark cosmopolitan beauty of Middle-Eastern descent, prone to wearing her mother’s vintage Yves Saint Laurent, with a degree in political science and a taste for mystical Sufi poetry… Whatever’s ladylike here is the dignified, unapologetic combination of sensuousness and intelligence – even at their most opulent Dominique Ropion’s compositions for Malle are fiercely cerebral feats of molecular artistry.
Frédéric Malle has been unusually forthcoming about the creative process in his press material: he states that since both he and Dominique Ropion are fond of wearing the latter’s Géranium pour Monsieur, Portrait of a Lady sprung from the idea that Géranium’s base notes – musk, benzoin, cinnamon, sandalwood, patchouli and incense -- would make the perfect starting point for a modern oriental fragrance. They set off to experiment around this core without knowing exactly where this would take them, Mr. Malle explains.
They toned down the sandalwood, amped up the musk and the patchouli cœur (i.e. a patchouli re-engineered using only the “heart” of the essence by removing unwanted molecules) and ended up with a composition which boasts “the highest dose of rose essence and patchouli coeur” on the market. In the perfume-speak equivalent of glasnost (and a delightfully catty dig at the competition) Mr. Malle adds that “Dominique Ropion didn’t give in to modern conventions in perfumery, which consist in not starting a formula without Hedione, Iso E Super, etc. These elements, smelled separately, are delicious, but they brought nothing to the formula of Portrait of a Lady, and thus are not part of it.”
With eighteen fragrances now in Frédéric Malle’s meticulously curated collection, any new offering needs to be thought of in relation to what it brings to the line-up. Thus, Portrait of a Lady falls within a quadrangle traced by Noir Épices (for the spices), Musc Ravageur (in the oriental family), Géranium pour Monsieur (for the original inspiration) and Une Rose (for the rose and wood).
The result is what I’d call a dry oriental, skinny on the cleavage-enhancing, traditional balsamic notes of the family. The Middle-Eastern vibe springs from the rose, wood and incense combination, a typical accord of what is now called the “French-Oriental” genre, which owes less to the classic French oriental family than to an interpretation of traditional Oriental notes by Western perfumers. The notes listed are Turkish rose essence, cassis, raspberry, cinnamon, clove, Turkish rose absolute, patchouli coeur, sandalwood, incense, Ambroxan and a white musk cocktail. Oud isn’t named, but Portrait of a Lady gives off a distinctly oud-like effect, down to the powerfully radiant woody synthetic used in many oud-themed compositions, the one I’ve nicknamed “the spiky wood”.
The whopping rose overdose doesn’t make the scent a soliflore: here, Dominique Ropion has teased out some of the facets of the rose to graft them on to a cartwheel of notes, starting with berries and a minty coolness which points to the fragrance’s filiation with Géranium pour Monsieur[i]. It also has in common with its “parent” scent a level of intensity that sets it apart from, say, Une Fleur de Cassie.
But the crux of the matter is the setting of the rose: unlike Une Rose which planted its realistic blossom in wine dregs and truffle, Portrait of a Lady plays on the burnt, mineral effects of clove and incense, barely sweetened by a cinnamon note, whose fumes wrap the rose in a charred black veil. The incense, a particularly difficult note to work with because of its harshness and metallic facets verging on blood, is kept in check by Dominique Ropion’s immaculate sense of proportion.
Divested from its earthy, moldy-leaf facets, patchouli becomes a couture material, as supple and heavy as a sturdy crêpe marocain, on a silky Ambroxan lining whose tobacco facets pick up the rose’s. This woody-ambery base, matched with the toughness of the incense, pushes Portrait of a Lady out of the women’s wing of the gallery, as it were, into gender-bending territory: there is no reason in the world why a man couldn’t rock this rose. In fact, it’ll probably be a hit with Emirati gentlemen.
The new scent’s high concentration in natural essences puts it in the Carnal Flower price range, but it is diffusive and tenacious enough to be used very sparingly – a squirt on the nape of the neck should do nicely (any more and you might venture into migraine territory: this is a potent brew). The last time I wore it, it was to visit a jeweler friend: though I was dressed in black without a single ornament or touch of color, she remarked that my perfume was all the jewelry I needed… Considering that she works with nothing but precious stones, I’d say Portrait of a Lady was a good deal.
[i] Geranium is a bridge between mint, raspberry and rose as it has menthone in common with the first, geraniol with the second and both geraniol and citronellol with the third. There is also a rose note in raspberry, and vice versa.
Illustration: Jean-Loup Sieff
Posted by carmencanada /Grain de Musc at 08:54