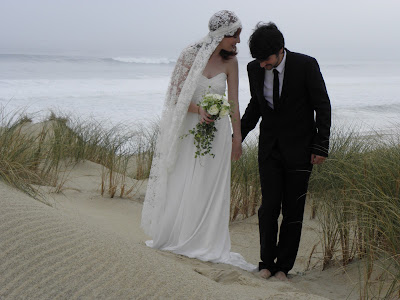 They met through perfume.


She read my blog, where she left poetic, thoughtful comments. I’d seen her once at the Palais-Royal, a snow-white redhead with the charisma and tense elegance of a purebred cat, when she showed up with a mutual friend on the day El Attarine was launched.
When S. told me I could invite a few people to an informal gathering of perfume lovers, I immediately thought of her. It was S. who invited him because she’d done business with his company and he was curious about fragrance: he’d brought a bottle of his current favorite, Byredo’s Fantastic Man. That’s what she nicknamed him with a giggle, as she walked away draped in a purple shawl.
I saw her again a little over one year later, in June. We sat at the terrace of the Café Le Nemours near the Palais-Royal. She told me she’d seen the young man again. She’d worn Mitsouko. He’d said it was his mother’s perfume. She’d thought nothing of it: to her, the date wasn’t meant to be a romantic encounter. To him it had been.
She talked as though it wasn’t serious but behind her sunglasses her eyes were twinkling and she had that little laugh women have when they’re remembering a delightful little secret.
I’d promised to take her around the shops to show her the new perfumes launched during the time she’d dropped out of sight to pursue a creative endeavour. Serge Lutens she’d already been to, and had fallen for Bas de Soie. As she was practically my scent-twin, I planned to introduce her to my latest loves, so we moved on to Penhaligon’s, where she decided that perhaps she’d ask for Amaranthine for her birthday the following week. Then to Iunx, where the shop manager claimed our floral print dresses clashed: he had to walk out to the sidewalk to rest his eyes. She loved Eau de Sento.
Then on to Le Printemps’ Scent Room. Vamp à NY was a great success: maybe she’d ask for that too as a gift. But it was Nuit de Tubéreuse she sprayed on her chest, as she shut her eyes and shuddered slightly.
That night, she dreamt of a wedding on the beach.
When she went to join the young man in Bordeaux, she took the bottle of Nuit de Tubéreuse her friend J., a fellow perfume lover had given her for her birthday.
When she left Bordeaux, the young man went to the L’Artisan Parfumeur shop, just downstairs from his apartment, and sprayed himself with the scent to remember her.
In August, she told me they were getting married. Both I and S. were invited to the wedding: it was, after all, thanks to us that they’d met.


In October, we joined a small group of friends and family on the dunes of Cap Ferret, on the bay of Arcachon near Bordeaux. It was raining lightly. We stayed in the car for a while, then opened our umbrellas and walked along the path between the tall Atlantic pine trees and strawberry trees hung with fluorescent orange-red fruit, picking them as we trudged barefoot in the sand, clutching our party shoes.
We climbed to the top of the dune and stood gaping at the ten-foot waves crashing under a slate-grey sky. She came, her head wrapped in a white mantilla, long and slender as an arum, between her two brothers. He joined her, arm in arm with his mother, to be blessed by the pastor. Her sister read a poem by Paul Eluard called “Je t’aime”, and her voice broke halfway through. Her friend, the one who’d given her that bottle of Nuit de Tubéreuse, sang the Beatles’ “I will”, and her voice broke too.
Then we ran down the dune to the ocean, hoisted up our skirts and rolled our trousers to dip our toes into the Atlantic: a huge wave crashed on the beach and soaked us to the waist, so we laughed and let the wind dry us, and ate more fruit from the strawberry tree as we made our way back to the cars, and kicked pine cones.


It was through perfume they met, and because of me, and because of S., their fragrant fairy godmothers. The rest is all them.
The night before the wedding, the manager of the L’Artisan Parfumeur boutique in Bordeaux, upon learning the story through one of the guests, cycled across town to reopen the show and give another bottle of Nuit de Tubéreuse to the bride.