L'Heure Diaphane by Mathilde Laurent for Cartier... and a draw 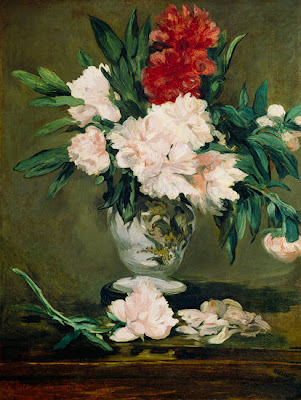 With its splicing of pale rose, geranium, litchi and peony, the Diaphanous Hour spins its delicate accords around the palest, airiest register of the rose family, the pink-tinged flesh of the litchi seeping into the disheveled petals of the peony, the geranium lending its cool mintiness to the dawn-tinged rose.

The blend has the charm of an informal bouquet brought back from the garden in the morning still heavy with dew, a watercolour in shades of dawn. Of the three new Heures de Parfum, it is undoubtedly the most conservative and the one which would have been the most likely to come out in the mainstream: it fills a missing slot in the collection, that of the straightforward floral. Though Mathilde Laurent has composed a perfectly lovely scent and thus proven she can do the transparent florals currently in vogue with the best of them, she’s made of sterner stuff, and within the creative freedom the Heures collection affords her, she must have had more fun elsewhere. Or maybe it's just that I don't have much taste for watercolours: clearly, Diaphane has been eclipsed for me by her more spectacular sisters, but one can just envision the Far-East clientele falling for it.

When the new trio comes out in November, Cartier’s Heures de Parfum collection will comprise eight fragrances, several of which are amongst the best stuff to come out in the past year – La Treizième Heure won both the Perfumers’ Award and the Specialists’ Award from the Fragrance Foundation France, which is saying a lot since it went up against 100 other launches in the long list. Though there's scant chance the same perfumer and house can win two years in a row, L'Heure Fougueuse fully deserves to make it to the short list again next year.

Now tell me: what would you like the missing hours (II, III, V, IX and XI) to be about? Here’s the recap:

Tell me in your comments what's the next Heure you'd love to see, explaining why the chosen notes would suit a particular hour, and I’ll draw a 1.5 ml sample of the Heure de Parfum of your choice from the first series, from the sample set I got when it was launched. I'll only include the comments that make a case for a scent, so put on your thinking cap!

For another take on VIII – L’Heure Diaphane, those of you who read French can click here for Ambre Gris’ review – as we discovered the fragrances at the same time, we decided to post on them simultaneously, but without comparing notes.