Thoughts on the death of chypre and Amouage Jubilation 25 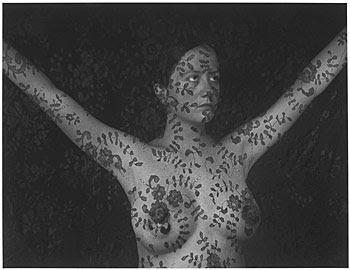 It wasn’t just IFRA’s de-oakmossing that did it in. That was just the final blow. It was the public’s disaffection with the genre – if people were marching on the Champs-Élysées to get their old Mitsouko back, as Luca Turin once said, IFRA would’ve backtracked on oakmoss just as it did on vanillin when the industry protested the 44th Amendment restriction.

Chypre is dead, despite the puzzling obstinacy of the industry to bestow the name on fragrances that barely carry a fragment of its DNA, as Robin from Now Smell This underlined in a recent post.

The thought struck me as I was taking notes for a review of Amouage Jubilation 25 – a scent that came so close to smelling like the proper thing that perfume lovers felt, well, jubilation -- while reading a collection of essays by the Italian philosopher Giorgio Agamben.

Writing about Venice, Agamben establishes the distinction between the specter and the larva, a creature of Roman mythology.

“Spectrality is a form of life. A posthumous or complementary life, which can only start once all is over and which thus has, compared to life, the incomparable grace and astuteness of what is accomplished, the elegance and precision of that which has nothing to look forward to.”
Larval spectrality, in contrast, is born of those who “reject their condition and try to repress it by pretending at all costs that they are endowed with weight and flesh.”

“While the first species of specters is perfect, because it has nothing to add to what was done and what was said, larvae must invent themselves a future to make place to torment about their own past and their inability to accept that they have reached their own end.”

I would say, borrowing loosely from Agamben’s distinction between specters and larvae, that a fragrance like 31 rue Cambon is a spectral chypre: it lovingly conjures the appearance of something that no longer exists, knowing full well that it is dead. MDCI L’enlèvement au sérail takes a pretty good stab at larval existence: its lovely old-style lushness a reminder of what we’ve lost, with a formula I suspect Francis Kurkdjian of having lifted/adapted from something much older.

Initially, I’d deemed it a fin de race chypre. In English, the expression translates as “degenerate”, but that translation doesn’t quite convey the aristocratic connotations of the French. Someone who is fin de race is the last of a noble lineage whose excessive inbreeding has exasperated every family trait to the point of caricature: think Habsburg chin or Bourbon nose.

Jubilation 25 is indeed fin de race in many ways: in it, Femme’s dark plum has fermented into boozy davana with its grappa and rum facets; spices have risen to nose-tingling prominence, while oak moss is furthered darkened by leather-scented clouds of incense. The scent also exhibits more than a trace of Opium’s DNA, with its aldehydic shimmer and resinous-fruity myrrh facets (Lucas Sieuzac is, after all, the son of Jean-Louis, Opium’s co-author with Raymond Chaillan).

Somehow this singularly opulent iteration of a classic genre seems to be a chypre that doesn’t know yet that chypre is dead. Is it because it has come to us all the way from Oman? Perhaps the Middle-eastern location of Amouage, in the very cradle of perfumery, is what gave the family its last burst of vitality, just as the first Amouage perfume, Guy Robert’s Gold, resurrected the grand aldehydic floral of yore – the first straight-faced interpretation of the genre since, well, Van Cleef and Arpels First in 1976 .

The Middle-east may actually be the last place to really believe in perfume enough to infuse lifeblood into the decaying flesh of old-school French perfumery, much in the way that the Japanese are the last who truly believe in fashion, as anyone who attends the Paris fashion week can observe.

It’s as though classic French perfumery, after a century of Oriental fantasies, was catching its last reflection in a mirror held up by the real Orient. Amouage produces idealized Oriental perfumes, archaic resins alchemically transmogrified by French artistry. In a way, Serge Lutens made the same journey before them, but starting from France, in his profoundly inactual, and thus eminently contemporary quest for something that was always already lost.

Meanwhile, we can let ourselves be haunted by Jubilation 25, the chypre that ignores the death of chypre. And that after it, there is perhaps nothing more that can be said about chypre.

And what if the darkness we perceive in chypres were our own nostalgia for a place we barely knew alive?

Quotes by Giorgio Agamben are my own translation from the French.