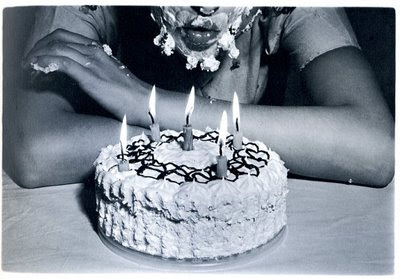 While the perfume blogosphere is all atwitter with Bertrand Duchaufour’s new Havana Vanille (for reviews, click here, here, here and here), let us pause for a moment in remembrance of Vanilia, which will be phased out of L’Artisan Parfumeur’s line-up as soon as the new one hits the shelves.

Dare I say it? I’ve never been a fan of any vanilla-centered scent, except Hermessence Vanille Galante, admittedly more of a lily-ylang than a straight-up vanilla. But I seem to be the exception, judging from the high number of them listed in the Basenotes directory, from cheap mall brands to high-end niche houses. Vanilla is the default choice in ice-cream flavors and label for whatever is standard and no-frills – from investment funds to sexual practices; a comfort blanket, non-controversial sillage when times get rough. But apart from the fact that I don’t aspire to compete with cupcakes, vanilla just seems too… simple.

But when Jean-François Laporte introduced his Vanilia in 1978, simple was just what the post-hippie crowd must have been looking for in a sea of Opium and Giorgio. Like Réminiscence and Comptoir Sud Pacifique, founded at about the same time, L’Artisan Parfumeur offered earthy, quirky “soli-notes” – up-market versions of head-shop oils and drugstore offerings like Coty’s original 1969 Vanilla Fields.

If Mûre et Musc anticipated both the berry and musk trends, Vanilia was over a decade ahead of its time in the über-gourmand stakes. Its overdose of “candy floss” material (aka ethyl maltol) gives the starring vanilla the sweet, crunchy quality of the white shell surrounding sugared almonds (without the almond).

But Vanilia isn’t quite as plain as it would seem, and the candy accord is wedged between the smoky woodiness of vanilla in the opening notes and the suntan lotion, salicylic shimmer that links it to ylang-ylang and lily (which would later form the structure of Serge Lutens Un Lys and Hermès Vanille Galante). The vanilla candy melody, the throb of wood smoke and the subtly spicy ylang harmony sing a pop ditty as sweet and good-natured as Debbie Harry’s tribute to girl groups in Denis, Denis.

If you’re a fan, stock up while you can.

Image: "She would sneak licks of icing before blowing out the candles on her birthday cake" by Marcia Resnick (1978), sourced from the photographer Timothy Archibald's blog.