Sniffing sugar: of gourmands in general and Lolita Lempicka in particular 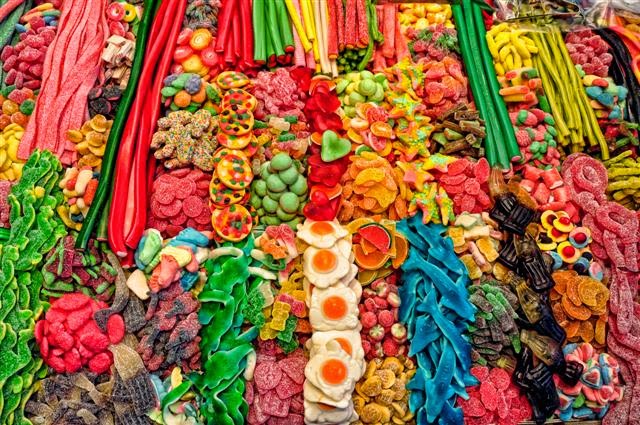 This past semester, I taught perfume history to 160 luxury marketing students. They’re 19, and when they sniff anything made before the 1990s, most of them will blurt out “this smells of old lady”– although one girl surprised me by identifying Mitsouko in a blind-smelling exercise, and further still by telling me it had been her first fragrance. But as a rule, their tastes overlap to a molecule with what the market churns out. Aquatics they like – they pick Shalimar Souffle de Parfum over the original. Gourmands, they adore.

The yen for sugar is so deeply rooted that some experiments have demonstrated it is literally an addiction. In 2007, a French team of researchers from theUniversity of Bordeaux showed that given the choice between saccharin-flavored water and intravenous cocaine, 94% of their lab rats picked the sweet stuff: “The preference for saccharin was not attributable to its unnatural ability to induce sweetness without calories because the same preference was also observed with sucrose, a natural sugar. Finally, the preference for saccharin was not surmountable by increasing doses of cocaine and was observed despite either cocaine intoxication, sensitization or intake escalation–the latter being a hallmark of drug addiction.”

As I was preparing my lesson on Angel, I suddenly wondered why the perfume industry had waited until 1992 to leverage this addiction. Ethyl maltol (a cotton-candy flavoring ingredient) had already been used in perfumery, but in minute quantities. Angel’s overdose of it was initially considered an aberration by professionals, and even the public took a while to embrace it – the scent was not immediately a blockbuster. It’s likely that until then, it had occurred neither to perfumers nor to consumers that this type of note was a “licit” ingredient in fragrance. Angel lifted the inhibition. Once it became a success, the dam collapsed: sugar, caramel and jam swept into the vats. And ever since, as the public’s tolerance for diabetic coma-inducing juices grew, the glycemic index of perfumes has been escalating in a glucose-driven armaments race.

In an article I wrote for the French edition of Elle, I argued that the most aesthetically successful gourmands were those that shifted the dessert menu onto classic fragrance structures. Anaïs Anaïs Premier Délice, for instance, is actually a chypre: pear stands in for the fruity top notes, and cocoa acts like patchouli. Candy by Prada is an oriental with caramel added. Serge Lutens Rahät Loukoum extrapolates on the anisic-almondy floral oriental construction initiated by L’Heure Bleue, as does Lolita Lempicka. But how far can perfumers go in this direction? When does a gourmand cease to refer to perfumery and topple over into industrial flavoring?

Lolita Lempicka is a fairly gutsy company, or has been up to now: though none of its fragrances has had the same success as its first one, two of its subsequent launches were attempts at doing gourmand creatively. The 2006 “L” by Maurice Roucel played on the burnt, salty caramel tones of immortelle. The 2013 Elle l’aime by Christine Nagel and Serge Majoullier (not to be confused with the 2014 L L’aime) turned coconut flesh into creamy petals. With Sweet, the brand breaks down and dives straight into the caramel cauldron.

Sweet is clearly aimed at my students’ age group: it chimes in with their olfactory associations, which mainly come from candy, toiletries or kiddie medicine, whereas to a more adult nose, it smells of lab-brewed cherry-flavored syrup. Granted, it does what it says on the bottle – but then so does Candy, in a much more sophisticated way, because it maintains a classic structure. Sweet actually smells less sophisticated than some industrial syrups. Short of diluting those in alcohol, it seems hard to go further down the sugary path. 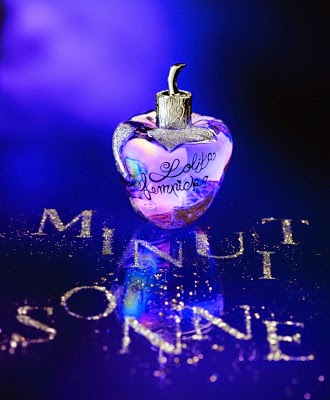 In retrospect, the pioneering, cheerfully girly gourmand Lolita Lempicka now feels like the epitome of restraint, tastefulness and maturity. Its structure is strong enough to withstand yearly limited-edition variations while still remaining totally identifiable. Of course, it helps that those variations are concocted by Annick Menardo, who authored the original. Minuit Sonne is the 11th such variation. It is not to be confused with the 2004 and 2005 Eau de Minuit, which lists amarena cherry in its notes. But it might be identical to the 2012 version. Whatever.

Though its glitter-bedecked bottle might leave your dresser (and fingers) looking like you were mugged by a mob of 5-year-old girls on a sugar high, the 2014 Eau de Minuit tweaks the original just enough to glam-goth it up. Annick Menardo has managed to make it chewier and darker – you can practically taste the myrrh-laced, mouth-burning liquorish – while opening up its heart with jasmine and iris. The woodiness of the liquorish, iris and violet keep the sweetness in check; in a side-by-side with the original eau de parfum, it feels more substantial and it is longer lasting. It may be called Lolita, but it’s all growed up.

Picture of a candy stand at La Boqueria in Barcelona sourced from Wikimedia Commons.