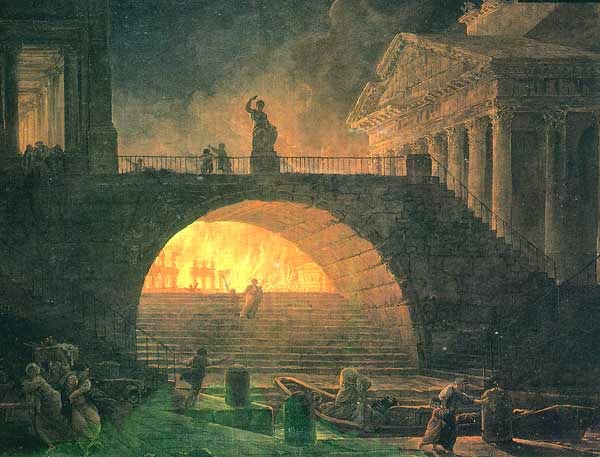 Why did I take a mini of L’Incendiaire along with me in Rome? Perhaps its name, “The Firestarter” made me think of Emperor Nero, accused of having caused the great fire that ravaged Rome in 64 A.D. -- in interviews, Serge Lutens has stated that he would like to set fire to everything that holds him prisoner. Or perhaps it conjured the dark, oily potions concocted by the unguentarii or incense blends mixed by the thurarii for the scent-crazed citizens of the Roman Empire….

Certainly, L’Incendiaire could’ve been scraped off the bottom of the incense burners that have been smoldering for centuries in the Eternal City. Brooding, charred leather and woods, sticky with sizzling resins and incense tears, oozing the caramelized jam of an imperial purple plum. A honeyed glaze of roses.  A haze of musk exhaled by the panther of Bacchus.

The new collection L’Incendiaire inaugurates, Section d’Or (a reference to the Golden Ratio studied by mathematicians and artists since antiquity) alludes to this desire to break away: “to section” meant “to cut”, “to sever”… And certainly the price of L’Incendiaire, which Serge Lutens claims was seven years in the making and which is now his personal fragrance, will cut it off from many perfume lovers. But then, even back in the Roman Empire, there were grumblings about the high cost of fragrance. In his Natural History, Pliny the Elder writes:

“These perfumes form the objects of a luxury which may be looked upon as being the most superfluous of any, for pearls and jewels, after all, do pass to a man's representative, and garments have some durability; but unguents lose their odour in an instant, and die away the very hour they are used. (…) In price they exceed so large a sum even as four hundred denarii per pound: so vast is the amount that is paid for a luxury made not for our own enjoyment, but for that of others; for the person who carries the perfume about him is not the one, after all, that smells it.”

It was wrapped in the archaic wafts of L’Incendiaire that I wandered from the ruins of the shrine of Isis, near my friends’ apartment, to the Galleria Borghese where we twirled around the Berninis, and then to bask in the golden light of the Byzantine mosaics in Santa Maria del Trastevere.

L’Incendiaire trailed along with me as I spent an hour contemplating the imaginary garden of Empress Livia, the wife of Augustus. The frescoes were lifted from the triniclium of her villa – an underground dining room used in the heat of summer – into the Palazzo Massimo alle Terme, which houses the National Museum of Rome. The plants represented are usually linked to myths, and many of them were used in ancient perfumery – rose, violet, iris, myrtle, laurel… These are the images that illustrate the post, linked with L’Incendiaire for no other reason than the fact I was wearing it as I evoked the ghosts of Ancient Rome. 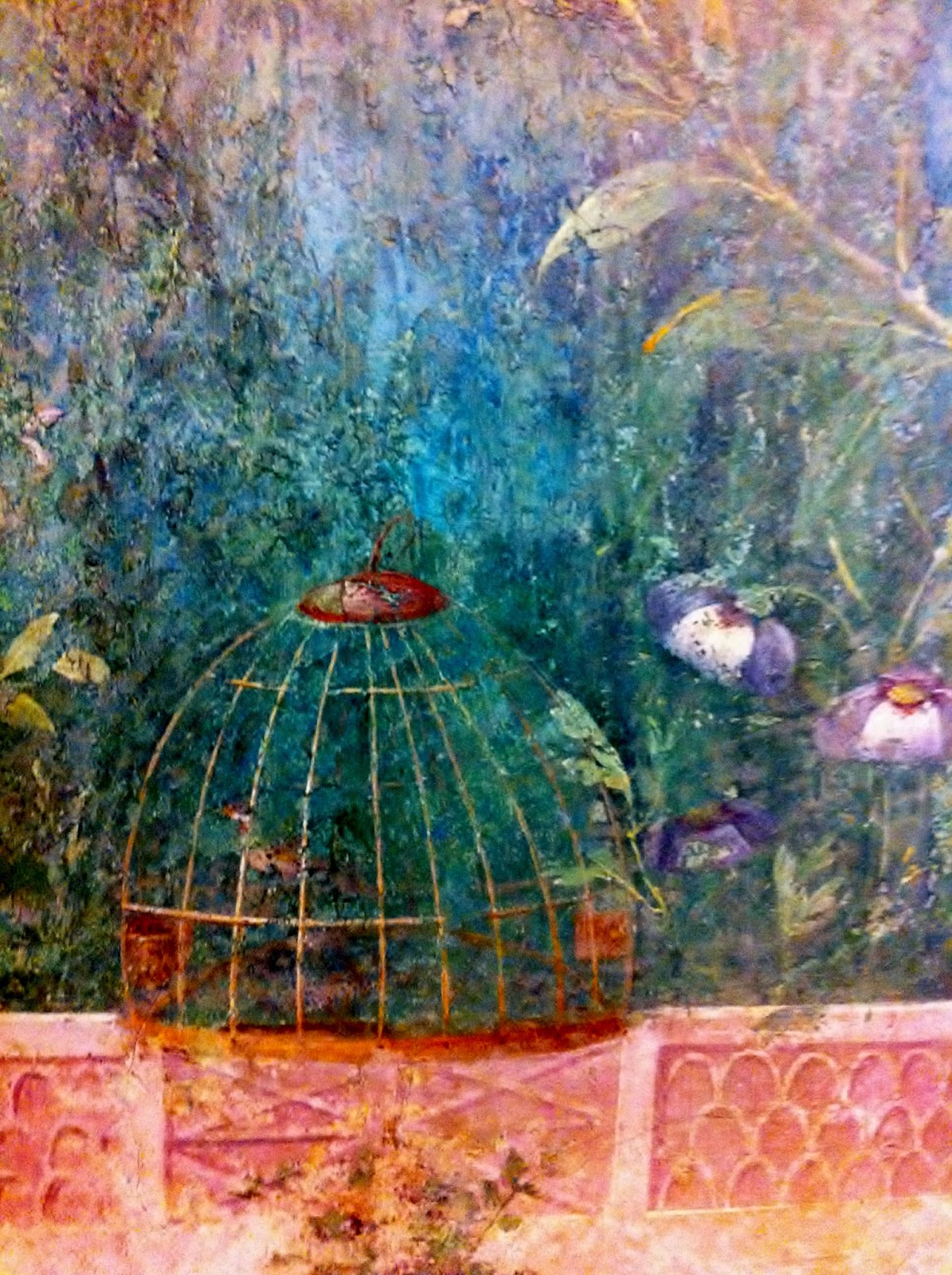 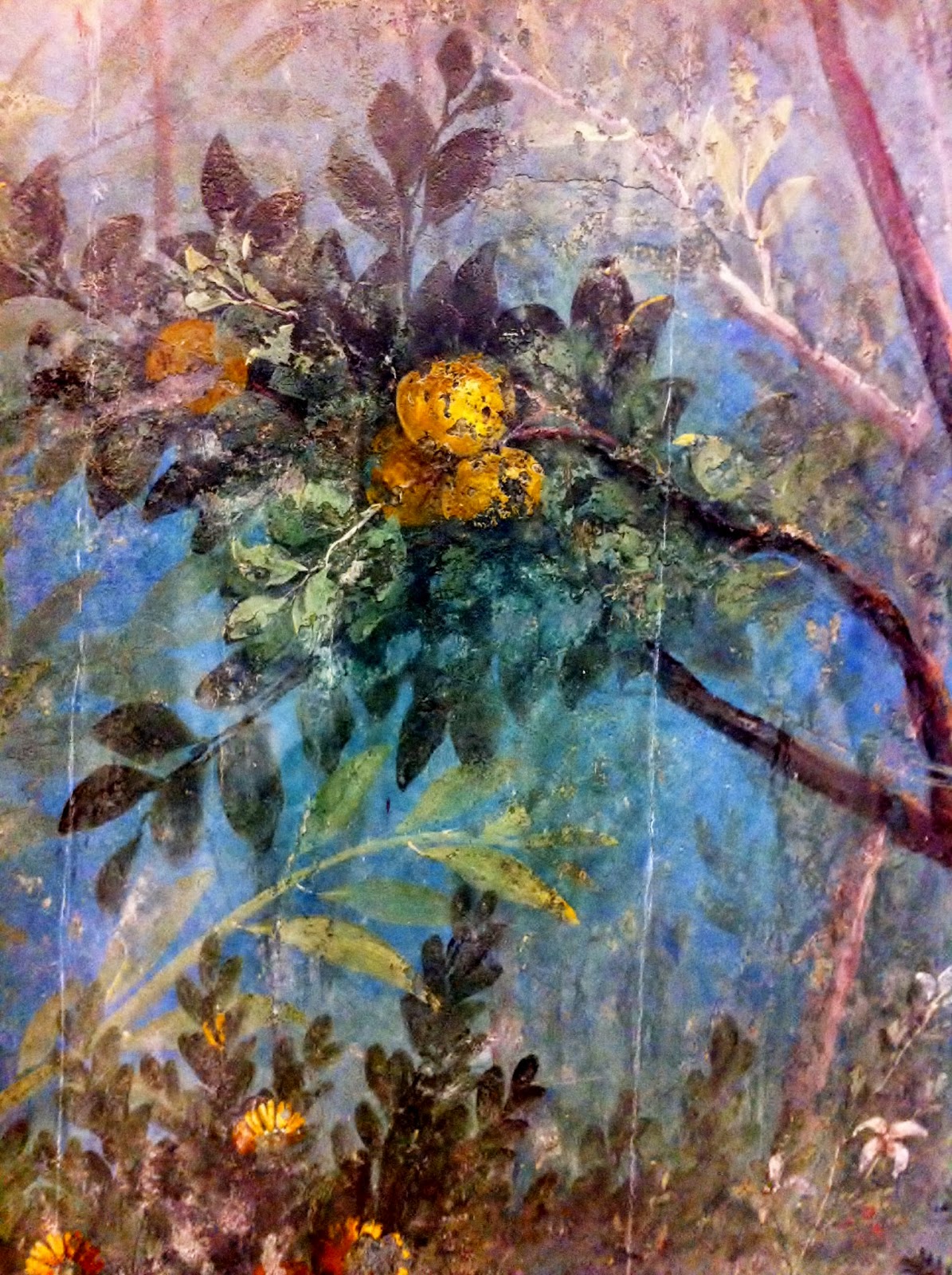 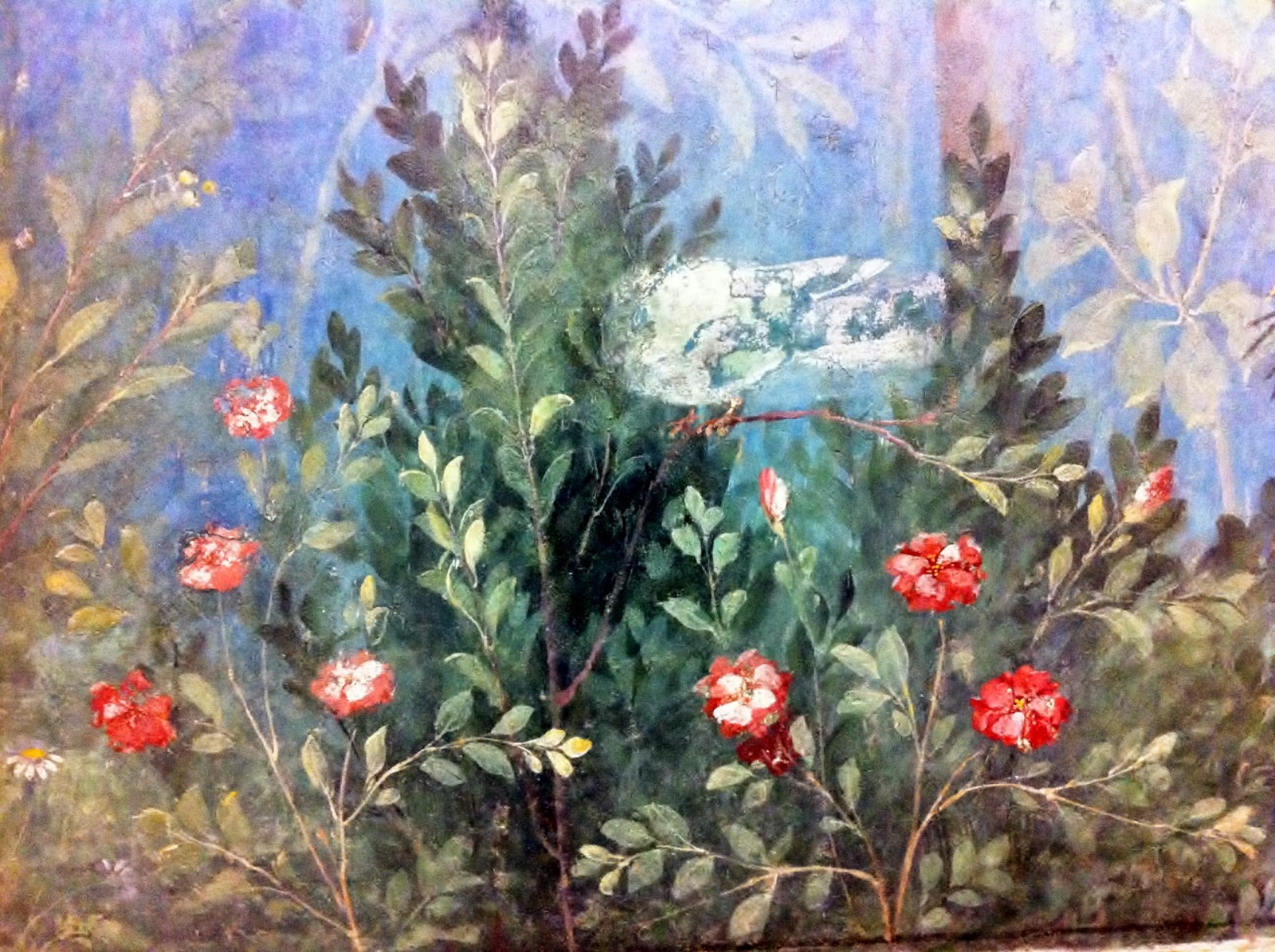 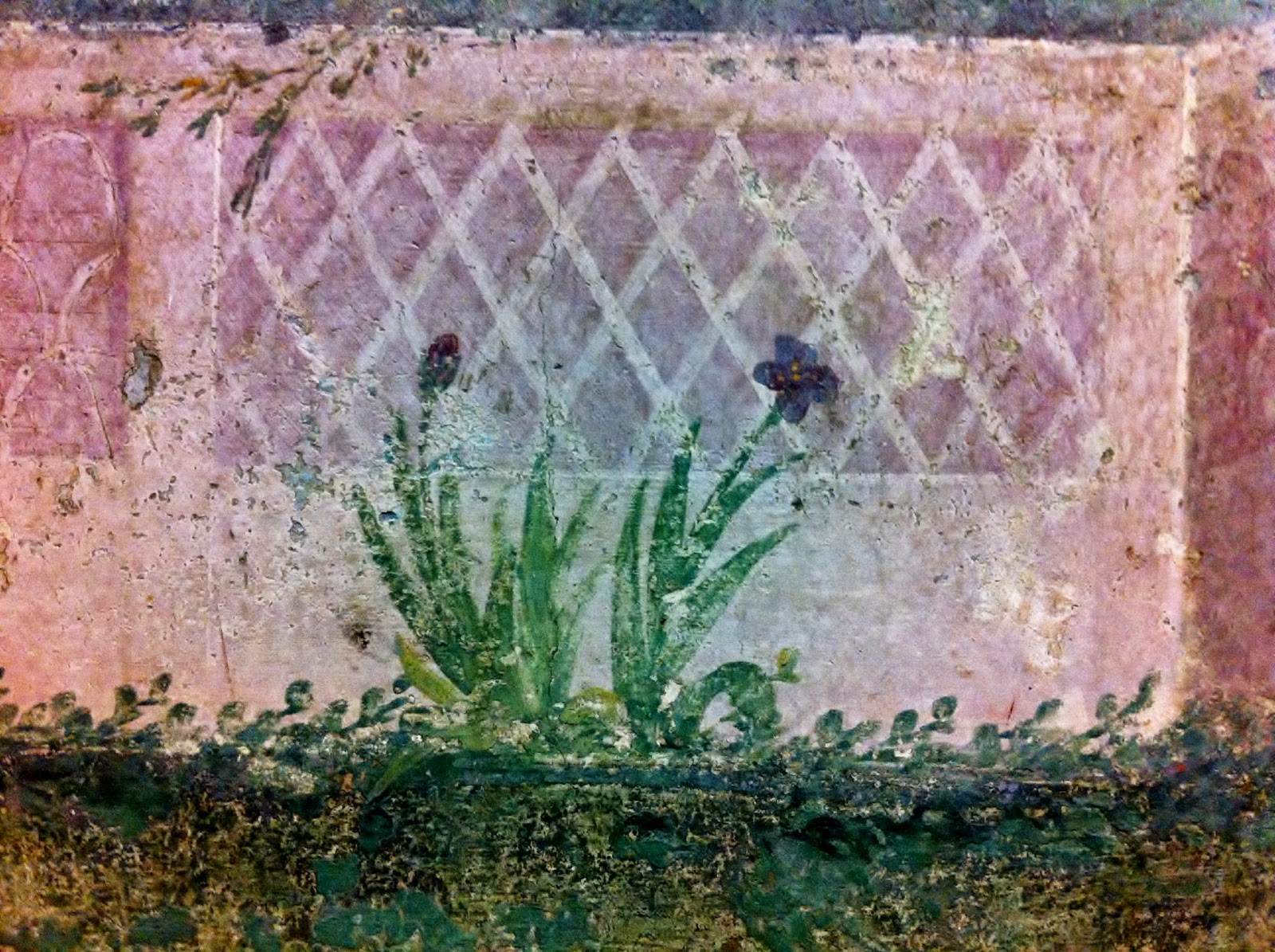 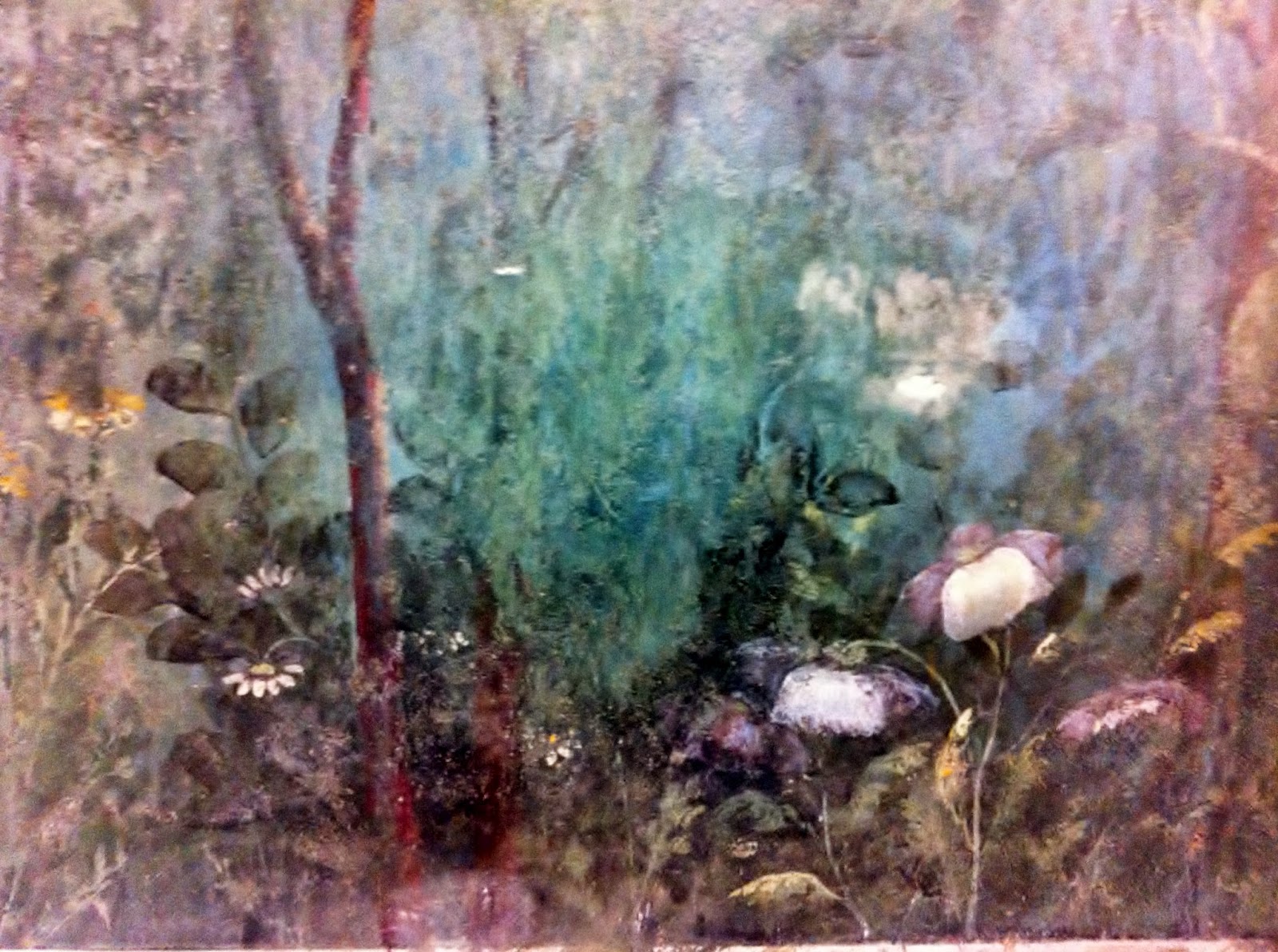