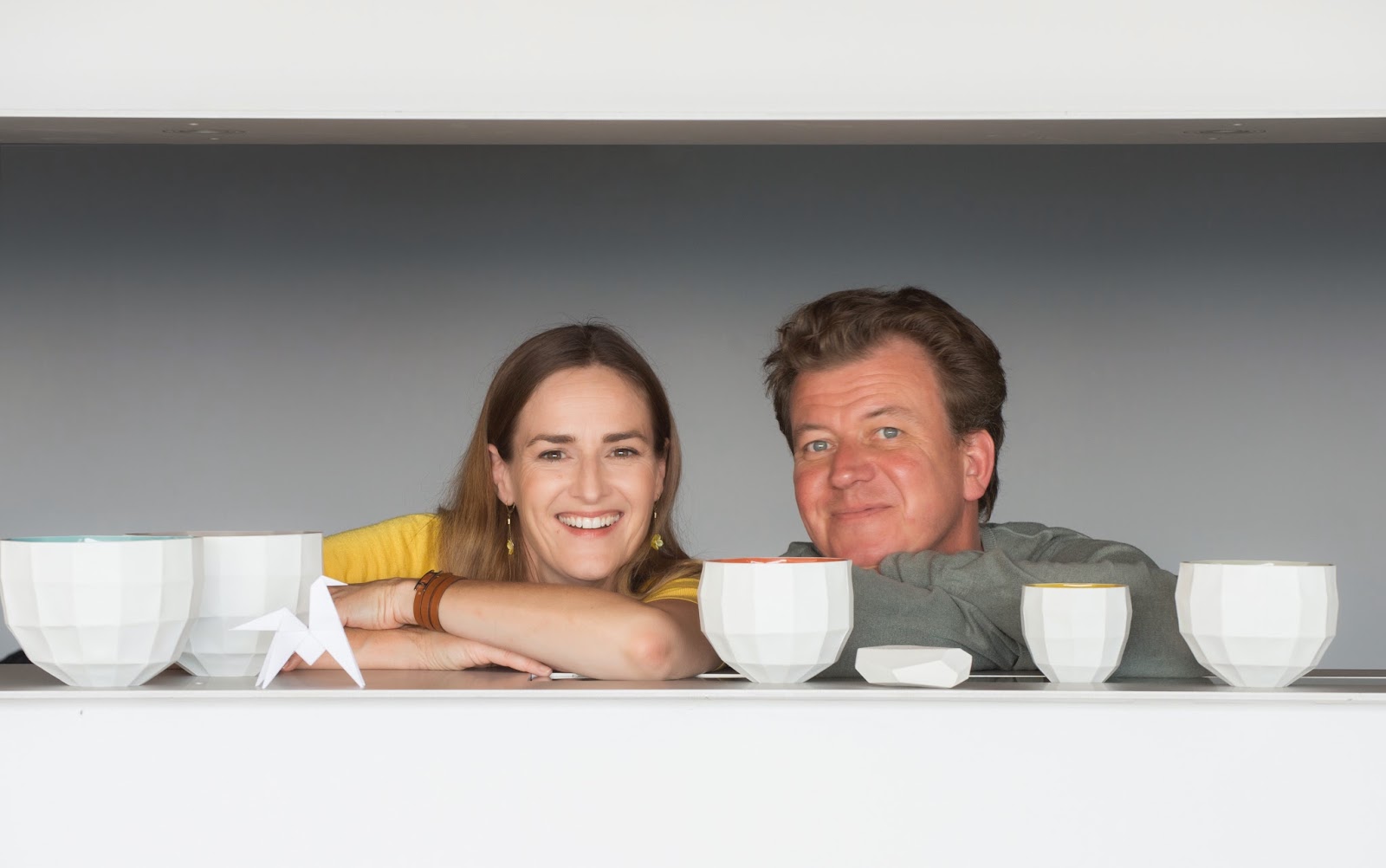 Jean-Claude Ellena has been known to bemoan the fact that fragrances are worn on skin, which warps their olfactory form – a stance he shares with Edmond Roudnitska, whose wife Thérèse tested his formulas on her suits (the drycleaner of Cabris is still grateful). Today, Hermès walks the Ellena talk by offering five home fragrances as poetic and intriguing as their wearable scents in their “Le Parfum de la Maison” collection.

And they smell like Ellena all right… But not Jean-Claude. It is his daughter Céline Ellena who has taken up the flame. A most welcome return, since she had signed nothing since The Different Company’s 2011 Pure Virgin -- when the company she worked for, Charabaud, merged with Robertet and suppressed several positions including hers, she moved with her family from Paris to Cabris, near Grasse, where her parents live.

But while there is an obvious kinship with her father’s aesthetics – a lightness of touch, fierce avoidance of clichés and poetic conciseness – none is a twist on his Hermès portfolio. If anything, these atmospheric compositions are more reminiscent of her De Bashmakoff for The Different Company. They are very much their own world, a world which Céline plucked from the air during her new life in the countryside…

At the press presentation, the warm, lively and well-spoken Céline told us how the move had first made her feel anxious: “I didn’t know what to do with the silence.” Her nose up in the air, she daydreamed and listened. “Houses have their own way of breathing. They rustle and crunch.” This was the conceptual springboard of the collection she composed for Hermès: “An interior perfume,” she explains, “is a scent that we listen to, an olfactory whisper that pushes us to escape. With it, spirit takes to the air.”

The five scents are presented in three forms, objects designed by Guillaume Bardet. A box of four paper origami horses, to cover “the international smell of hotels” when travelling, says the designer. The white ceramic “pebble” is conceived to scent a limited area, around a desk, for instance. The candle, in a matte white ceramic holder, comes in three sizes, 1,100 g., 620 g. and 220 g. 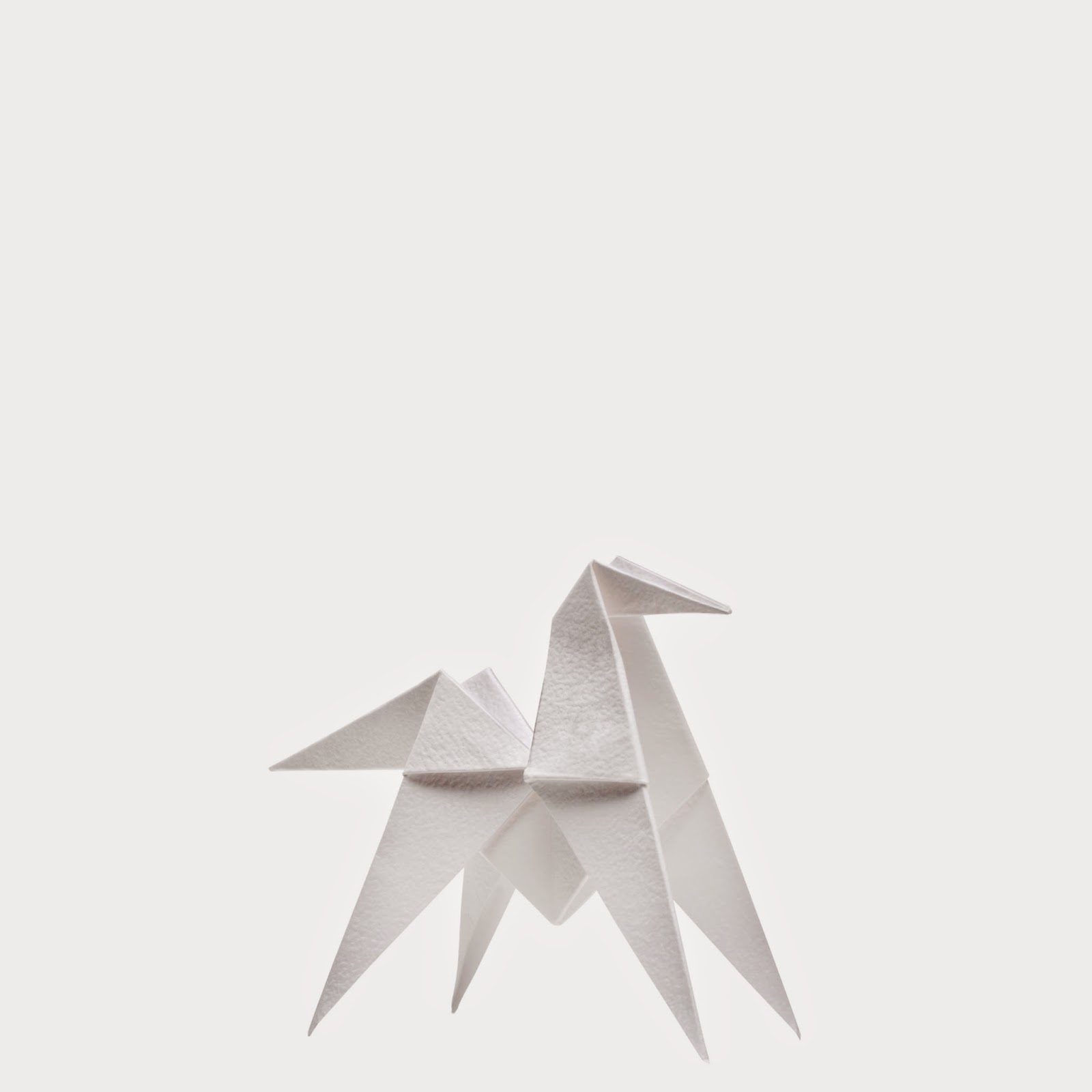 Each “perfume-reverie” is associated with an “in-between” color that somehow evades definition, as do the scents. Neither figurative nor entirely abstract, they tease up olfactory representations so that you can just smell them out of the corner of your nose – ethereal impressions of phantom landscapes superimposed on the different spaces of the house, like a parallel universe.

Thus, the taupe-hued Des pas sur la neige (“Steps on the snow”) gives off coolness, but also a bright, delicately almondy sweetness with accents of raw wheat-kernel.
Temps de pluie (“Rainy weather”), dressed in celadon, avoids the obvious aquatic route: it gives off clouds of musk and moss with a hint of wet pavement and a crackling, woody-aromatic undercurrent.
The lagoon blue Fenêtre ouverte (“Open window”) intriguingly blends ozonic and honey notes.
The sulfur-tinged Champ libre (literally, “free field”, but the French expression means “a free rein”) conjures sweet sap, the faint ghost of flowers and something I swear smells like jute or twine…
The pumpkin-hued À cheval! (“Saddle up!) is the most directly definable: its treatment of leather, though darker and slightly smokier, is not unreminiscent of Cuir d’Ange.

I’ve been sniffing these from scented “balls” on sticks provided at the launch: except for the À Cheval! candle, I haven’t actually tested any in the house, so I can’t speak for their true effect (the candle is glorious)… Especially since this haunting loveliness comes at a somewhat daunting cost: 85€ for a box of four paper horses, 200€ for the scented “pebble”, and 150€/250€/350€ respectively for the three candle sizes. Time to drop hints to Santa?