News from the fragrance front... 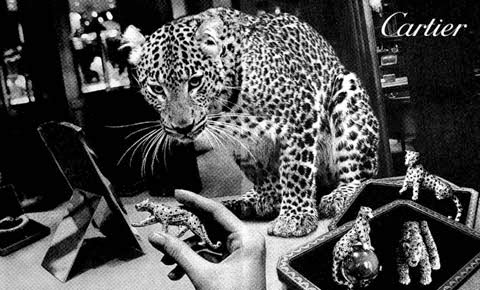 Yesterday, Mathilde Laurent presented her new feminine fragrance for Cartier, a silky gardenia chypre in a musky, animalic halo. A tribute to the jeweler’s iconic panther, the only animal to give off a suave scent naturally according to the legend reported by the ancient Greek philosopher Theophrastus. “La Panthère” was also the nickname of Jeanne Toussaint, Louis Cartier’s muse in the Interwar years. I’ll soon be getting back to La Panthère, due out on March 15th, but my initial impression is leaving me purring.

Meanwhile, Lancôme just announced that La Vie est Belle was the N°1 seller in France over the second semester of 2013, with 3000 bottles sold every day. An eau de toilette version with a magnolia note will come out in March. Don’t shoot the messenger.

And lastly, the figures are out in Michael Edwards’ indispensable Fragrances of the World, celebrating its 30th anniversary this year:

My nose has just officially asked for a raise.