Oud as a Cultural Object (notes on Incense Oud By Kilian) 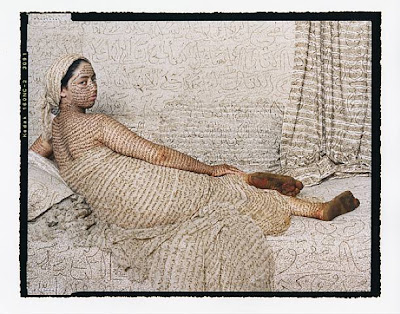 I’ve got nothing against oud per se. The real stuff is a knockout of a material. What bugs me is the cliché it’s become but more than that, what its near-ubiquitousness means: this rush to cater to the Middle-Eastern market which is quickly turning into an undignified scramble… Is it a successful one? It would seem Middle-Eastern buyers aren’t necessarily picking Western oud-themed products over other notes. On the other hand, Western niche product aficionados can’t seem to get enough of it – with its incense-y, resinous, animalic, woody facets, oud ties in several niche codes. Not to mention that what passes for oud is now firmly entrenched in the codes of mainstream masculine perfumery, as Octavian Coifan notes in a recent post.
It’s gotten to the point where oud can be thought of as a cultural object, a sign rather than a perfumery material or accord. It’s a tough note to like for Westerners so in a way, claiming a taste for oud (i.e. overcoming the initial weirding-out) is embracing virile values – you’re taking it straight, like a man. Pretty, pleasing notes are so mainstream…
Oud also functions as a new sign for exoticism, as Victoria points out in Bois de Jasmin: it is “authentically” oriental (as opposed to the fantasy Orient constructed by French perfumery). Is it going too far to note that the vogue for oud arose just when the Islamic world was perceived as increasingly threatening? Oud is the signifier of the “Arabia” that doesn’t freak out the West – of the Emirati who still spill their petrodollars in Western capitals while we go on shopping binges in Dubai… As such, it is as every bit as much of an oriental fantasy as Shalimar, a taming of the Other through what is most other, smell. Not to mention that splurging on such a costly ingredient puts us, at least symbolically, on the same footing as the sheiks…
At any rate, the note itself, in the form offered by most Western brands (and many Arabic brands I suspect) is itself a construct, since the real stuff is so rare and costly…
Which brings us to the matter at hand, By Kilian’s new Incense Oud.
With Calice Becker’s smooth animalic Pure Oud and Rose Oud, the most delicate rendition of the accord, By Kilian is already two lengths ahead of its competitors – and with a petrodollar price point.
The next instalments in the Arabian Nights collection were announced nearly a year ago on Basenotes as Amber, Incense and Musk (the latter may well be a coup de theatre, as a new perfumer joins Kilian Hennessy’s line-up of talents)… Meanwhile, instead of the expected Amber – maybe this was just a case of wishful thinking on the part of amber lovers? – the new scent is Incense Oud, authored by Sidonie Lancesseur who already composed the oud-centred Cruel Intentions for the brand (as well as the rum-themed Straight to Heaven).
Was the flight plan changed in mid-air? The fragrance, to my nose, is almost as much of an amber/musk as it is an incense. What it isn’t is an oud, at least not in the official formula, which lists Guatemala cardamom, pink pepper, Turkish rose, Egyptian geranium, methyl pamplemousse, Virginia cedarwood, Indonesian patchouli, Indian papyrus, Somalia incense (oil and absolute), sandalwood, Macedonian oakmoss, Spanish cistus labdanum and musks. So that like Frédéric Malle’s recent Portrait of a Lady, the fragrance is a non-oud oud, playing on the effect rather than on the actual material.
I don’t know Sidonie Lancesseur’s work outside of what she did for Kilian, but the two she’s done for the line strike me as much less delicately balanced than Calice Becker’s work. Similarly, Incense Oud is rich but less textured than the two first Arabian Nights. That said, with 25% incense, the formula is an olibanum overdose. Incense is a notoriously tricky material to handle, with mineral facets that can conjure blood: Lancesseur manages to polish off its rough edges and work it in smoothly into a rose-patchouli accord that spans from fresh (the geranium) and slightly fruity to a dark, almost chocolate-y effect with a bit of a spicy animalic pong. The result skews towards the masculine – Incense Oud smells like it’s just off an Emirates airline flight and on its way to the Ritz, clad in a blindingly white kandura. Without stopping at Montale, inch’Allah.
I’ll still be looking forward to discovering the next Arabian Nights, because as far as ouds go, Kilian’s are amongst the most sophisticated on the market.
Incense Oud will launch worldwide on March 1st. It will come out in travel spray on April 1st.
Illustration by the Moroccan artist Lalla Essaydi.
Posted by carmencanada /Grain de Musc at 09:01