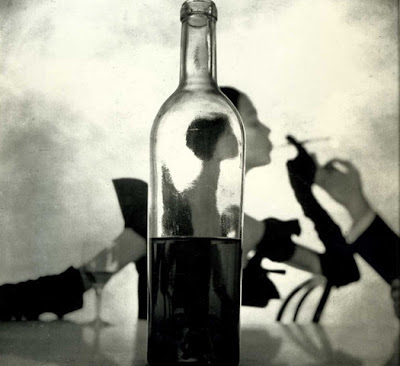 Was 2009 a good year for perfume? Judging by the number of additions to my personal rotation, I’d say it was pretty satisfactory. I’ve fallen in love more than once and been knocked out of my Louboutins often enough to say that not only have I not become blasé, but the more I dig into the workings of perfume composition, the more passionate I get about the art…

2009 was the year a perfumer finally came semi-officially clean about reformulations – Serge Lutens, in a comment given to fragrance historian Elisabeth de Feydeau on her blog, about Féminité du Bois. The year IFRA backed up on a guideline after industry protests about the restriction on the use of the massively popular vanillin.

2009 was the year where two renowned perfumers broke out of the big labs to set up on their own: Christophe Laudamiel quit IFF to found Aeosphere, a “fragrance media” company that clearly won’t restrict its activities to personal fragrance since one of its first endeavors was Green Aria, a “scent opera” in which the characters were olfactory.

Francis Kurkdjian founded his Maison along more traditional lines, with a well thought-out concept of his-and-hers or non-gendered scents with complementary room sprays, candles, incense papers, scented leather bracelets and laundry detergent. Though the compositions themselves stayed well within Francis K.’s known register, the mere fact that a perfumer could become a bankable name demonstrates the shift in the industry brought along, notably, by the online perfume culture and its focus on authors.

2009 was also the year in which fine fragrance got housebroken, with Frédéric Malle recruiting top talent (Dominique Ropion, Carlos Benaïm and Sophia Grosjman) to compose scents specifically for living spaces, applying the same exacting standards as they do to personal scents. Two patented diffusion systems, the “Fleur Mécanique” which continuously sends out the fragrance, and a perfume-impregnated mat resembling a mouse-pad, were added to the more traditional candles. Between the hundreds of yearly launches and growing workplace restrictions on wear, personal perfume seems to have come to a saturation point while house fragrance remains a huge potential market, and it is more than likely that it will develop in quality and variety of offer in the coming years.

2009 saw two fine jewelry houses getting into the “exclusives” game. Price points, limited distribution, the feeling that those houses were merely getting in on the bandwagon and the sheer lassitude of having to wade through multiple simultaneously offerings raised some groans in the online perfume community. Van Cleef & Arpels’ “Collection Extraordinaire” comprised six fragrances, by six different perfumers: while none was groundbreaking and there was at least one dud among them (the oddly unbalanced Lys Carmin), two managed to garner a number of enthusiasts, Bois d’Iris and Gardénia Pétales.

Cartier’s “Les Heures de Parfum” marked the eagerly awaited return of the maverick Mathilde Laurent, acclaimed for her work at Guerlain, who had all but disappeared from the public nose whilst composing bespoke fragrances for Cartier’s clientele. Her cult Guet-Apens/Attrape-coeur for Guerlain, as well as, I’m afraid, my own boundlessly enthusiastic reviews may have raised expectations a little too high for perfume lovers. However, not only do I stand by my initial assessment, but I maintain that Ms Laurent has been quietly inventing her own grammar of perfumery over the past few years to such an extent that it may take a while for her idiosyncratic language to be perceived. Clearly, she will be a voice to contend with.

Another voice that emerged in 2009 came from the distant French territory of Nouvelle Calédonie via Switzerland: with LesNez Manoumalia, Sandrine Videault may have single-handedly invented ethnographic perfumery, though the scent, inspired by the fragrant rituals of the island of Wallis, also meets the standards of the best French perfumery – unsurprisingly, since Sandrine was taught by none other than the great Edmond Roudnitska. I am eagerly awaiting her further olfactory explorations.

2009 is the year in which oud definitely became the new patchouli. In a bid to rope in the still-affluent and perfume-loving Middle-Eastern clientele, By Killian came up with Calice Becker’s gorgeously inky-velvety (but steeply-priced) Pure Oud, while Bertrand Duchaufour composed a gloriously whiffy Al Oudh for L’Artisan Parfumeur: it’s been drawing horrified howls around the perfume blogosphere, especially in the cumin-phobic USA, but it’s been selling so well in the Paris shops they can’t keep in stock.

2009 was the year in which vanilla finally broke free from the pastry shelves and its facile, foody register, subverted by two of the most intelligent perfumers around. With his remarkable Vanille Galante, Jean-Claude Ellena turned the pod back into an orchid/lily/ylang hybrid, then stretched it out into an impalpable mist. Bertrand Duchaufour spliced his with tobacco, drawing out the less-explored animal, medicinal and spicy facets of the pod along with its balsamic aspects, which turned Havana Vanille into a strange beast indeed, shocking to anyone who was expecting a variation, say, on Guerlain’s Spiritueuse Double Vanille. In a word: a vanilla for people whom vanilla bores to tears (count me among them: expect a belated review early next year).

Finally, 2009 was the year where perfumery went green: organic lines have been sprouting around, Honoré des Prés probably being the most interesting, if only because the scents were composed by Olivia Giacobetti, whom we haven’t been seeing a lot lately (and regrettably).

To conclude this far-from-complete retrospective, here are the past year’s launches that actually made it into my collection, the ones I voted for with my skin: my personal best of 2009, in no particular order…

3) Amaranthine by Bertrand Duchaufour for Penhaligon’s

These are only the ones I actually own and wear: otherwise, the list would also certainly include Serge Lutens’ Filles en Aiguilles, Frédéric Malle’s Géranium pour Monsieur by Dominique Ropion, By Kilian’s Pure Oud by Calice Becker, Annick Goutal's Un Matin d'orage by Isabelle Doyen and Parfums DelRae’s Mythique by Yann Vasnier. And I’m sure I’m forgetting several.

For another take on the best perfumes of 2009, see Now Smell This.

And now, on to you: what were your favorite launches of the year?