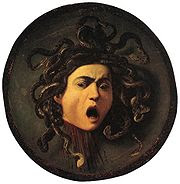 When I first saw the name, I envisioned Band-aids hurling abuse or mumbling snarky remarks to test my composure. In fact, the Human Repeated Insult Patch Test is one of the methods by which dermatologists evaluate the allergenic potential of substances, by applying them on the skin repeatedly over a certain period of time…

I know. I’ve been there. Allergy is my lifelong companion. As a child I tested positive to a bunch of things, including dust mites, cats and perfume. My parents decided to change nothing in our lifestyle – we keep the cat and the dust-gathering books, two things they deemed impossible to live without.

I feel the same way. So what if I get the sniffles once in a while? I’m still alive. With one cat, several billion house mites and a couple hundred bottles of perfume.

When I developed a facial rash, I went back to consult, though. I spoke to the allergist about my perfume habit, and she tsk-tsked sternly, reminding me of the nuns in high school – she had the white, chopped off hair and pallid skin I’ve only seen in nuns, come to think of it. You’ve no idea how much allergists detest perfume: they seem to view it as a futile reason to give them more work. And this one clearly steered clear of most cosmetics.

Well, it wasn’t the fragrance mix. I never knew what caused the rashes, but I suspected my fancy-pants wrinkle creams, so I radically simplified my skin care routine… My problem’s pretty much cleared up.

The moral of this story? I was exposed since childhood to allergens and didn’t die (I’m not saying people don’t die of allergies; I was lucky it wasn’t severe). And when I get a rash, I AVOID the suspected products. Simple as that.

But as it is, I feel repeatedly insulted by the members of IFRA[1], who seem to consider that putting an allergy warning on a box (like food manufacturers for peanuts, which can get some people dead, admittedly a worse problem that a rash) is not an option. No, they’d rather fantasize on a “zero-risk” approach, as though that existed. And they demonstrate the same blatant disregard for their heritage that they’ve expressed throughout the years by sneakily reformulating their products – which is, in itself, a repeated insult. I’m not talking about the people at the creative end of the process: those people are crying.

Now, the big labs have been suspected of having pushed for stricter IFRA directives in order to sell more synthetics. It’s possible, but none of us was there to witness the lobbying, if any.

That said, most of the restricted materials are either naturals (jasmine, ylang-ylang, oak and tree moss), or present in naturals in concentrations significant enough to indirectly restrict the use of those naturals.

Furthermore, most of the synthetic materials on the Amendment 43 list are “old” molecules -- hence their presence in the classics -- and thus, not under patent. They will still be made, as there is some demand, but presumably in lesser quantities. (Thanks to Octavian Coifan for checking up on this).

So the big, shiny, expensive new synthetics still under patent will presumably sell more. But the labs are responsible for composing the reformulations – the brands don’t pay for this work to be done. And as they won’t be willing to pay more for the oil either, it won’t just be a matter of removing the allergenic materials and finding combinations to replace them: if an expensive synthetic goes in, something has to be made cheaper elsewhere. If the lab produces the synthetic, it’ll be less expensive than if they have to buy it from another lab… In short, it’s a complicated matter.

So, is Big Aroma entirely responsible for the thrashing of one century of perfumery?

Or is it also the craven “zero-risk” mentality of our society, coupled with the explosion of allergies-- including a record number, it seems, of potentially fatal anaphylactic shocks, none of which are triggered by fragrance, by the way?

Is it a symptom of a more general intolerance of all by all, in a world in which we suffer repeated human insults great and small? Perfume is a sneak: it is perceived by a passive sense. And it can be a blatant revealer of intolerance (just as it can be a WMD if over-applied). You can choose not to wear it if it gives you rashes, but you sure as hell can’t escape smelling it. Which is, I suspect, the pinch: the neo-puritans aren’t petitioning to get a rash-free Mitsouko at long last -- they’re out for the old girl’s skin… And because fragrance is an elective product, and a gloriously useless luxury, it can be hurt by a puritan, anti-fragrance backlash. The money people know this.

So, in fact, this may well be a matter of censorship, with the industry caving in, in the hope that by chirping “but our products are perfectly innocuous”, they’ll escape the chopping block of the pleasure police.

At any rate, I’ll continue poking around and asking questions – if I can figure out which questions to ask: it’s an insanely complex matter and not one where I’m likely to get any answers – especially about the studies that IFRA based itself on to issue the directives.

In the meantime, I’ll be getting back to fragrance reviewing by the end of the week. If my allergies let up (hay fever season again!).

[1] Just to clear up a point that seems to confuse a lot of readers: The International Fragrance Association (IFRA) is an organization whose members include practically every company (be it a lab or a brand with an in-house perfumer) who produces fragrance and aromatic materials. All members must comply with its guidelines, and IFRA compliance is considered by most countries to be a sufficient guarantee for the safety of the product. So we’re not talking about a law that is imposed by European legislators. This is just the industry shooting itself in the foot.