Why would I want to smell like a place? 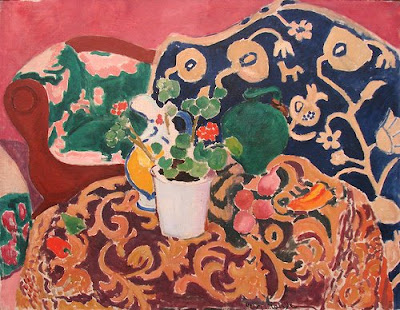 Sometime in the late 90s, I came home proudly wafting of Comme des Garçon’s Avignon. Waving my wrist under the nose of my flatmate, another nun-raised Papist wench, I blurted: “Doesn’t this smell just like church?” To which she replied, unimpressed: “Yeah, but why would a woman want to smell like a place?”

I’ve been mulling over this point ever since. And I’ve decided that, no, I don’t want to smell of a place, an atmosphere or a trip, thus missing out on a major chunk of niche perfumery gems. Something has to mesh with my idea of what a woman’s skin ought to smell like for me to actually wear a fragrance, as opposed to sniffing it greedily, admiring it, swooning over it, and not buying it. It isn’t a matter of liking or disliking certain notes; nor is it a question of the “masterpiece-I’m-meant-to-admire-but-just-can’t-get-into”.

So what’s missing – for me, at least – in the “smell-like-a-place” compositions? Is it a type of note or accord? Say the animalic base notes or the indolic florals that pick up on the scent of moist flesh? I’d say it is, in part: otherwise, why would classic perfumery have always woven its artifices around those notes? But I suspect it is more a matter of concept, and a rather post-modern concept at that…

Take the much-reviled Serge Noire. I bought a full bottle of this without even finishing the sample within two days of its launch. And there it’s been standing in its box on my dresser, periodically sniffed but untouched ever since. I love its incense-y, charred fumes but somehow, there’s nothing in there to actually link it to my body. It is what the French would call désincarné: disincarnated. Best left to its own devices. A skillful, beautiful evocation of some otherworldly, archaic temple where I have no place.

Same goes for Annick Ménardo’s gorgeous Bois d’Arménie, in Guerlain’s L’Art et la Matière collection. I would happily loll about in a wooden palace by the Black Sea that smelt of this, but I can’t be moved to carry it around on my skin. A great many of Olivia Giacobetti’s compositions have the same effect on me. They are brilliant evocations of atmospheres, complex and wonderful landscapes bottled up: her personal fragrances and her parfums d’ambiance (a much more poetic designation than “room spray”) have a seamless sort of creative consistency, which is probably why many commentators on last week’s post about room sprays said they could easily swap one for the other. Jean-Claude Ellena’s Jardins series for Hermès elicits the same response.

Perfume is a kind of portable aura: both an invisible bubble of beauty into which we can periodically retreat from mundane realities, and an olfactory identity badge (“Today, this is me.”). So there isn’t any reason why the smell of a place, an atmosphere, a mood, shouldn’t act as this portable aura – and clearly, for a lot of perfume lovers, it does.

But somehow, some of these compositions feel to me as a perfect still life or landscape painting: so self-sufficient my presence isn’t required, save to admire them. They can be moving, startlingly evocative and original – but they can’t be me, because they don’t need a “me”.

So what about you? Are there any “smell-like-a-place” fragrances you love to visit, but can’t see yourselves carrying around like some invisible snail shell?

Or is it just me?