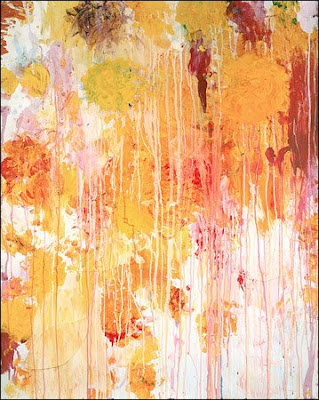 In the midst of the micro-Cologne revival of the Noughties that saw the launch of the ground-breaking Thierry Mugler Cologne, the aromatic spicy Cologne 68 by Guerlain, the pleasant Escale à Portofino by Dior and the impeccable Chanel Exclusive, Hermès had already staked its ground with a classic: Françoise Caron’s Eau d’Orange Verte, launched in 1979 as Eau de Cologne Hermès[1].

This beloved citrus splash blends the hesperidic tang of lemon, mandarin and orange with the greenness of mint (a natural with orange), buchu (an aromatic plant whose oil smells of rosemary and mint), petitgrain (extracted from the leaves and branches of bitter orange trees), and a hint of raspy, slightly sulfurous cassis bud, softened with neroli, on a dark oakmoss-patchouli base.

It has now been joined by two new references based on the same noun + adjective template: Eau de Pamplemousse Rose and Eau de Gentiane Blanche.

The Cologne aesthetic dovetails neatly with Jean-Claude Ellena’s avowed preference for short formulas (for which we shall never again use the "m" word, right?) and his relative disregard for lasting power. It also represents the kind of challenge he seems to enjoy. How do you add to Cologne’s multi-secular vocabulary, which is essentially based on the citrus=freshness meme?

The first answer stays firmly in the hesperidic camp, but it’s risky, as it involves grapefruit – as many who’ve recoiled from Guerlain’s Aqua Allegoria Pamplelune know, this particular citrus can veer into the B.O./cat pee territory because of its sulfurous undertone (which it has in common with garlic).

Ellena loves it, though: in Pamplemousse Rose, he delicately snips off the grapefruit/rose head of Hermessence Rose Ikebana and Kelly Calèche (the grapefruit is much more perceptible in the recently launched eau de parfum). The grapefruit and rose are spliced together by a tart rhubarb note[2] -- also present in Rose Ikebana.

The pink grapefruit opening is amazingly vivid and realistic, sulfurous notes included (these tend to come out on paper more than on the skin), with an (unlisted) minty, nose-tingling undertone not un-reminiscent of Cartier Roadster. The rose is transparent and slightly powdery in a white-musk way; this powdery veil is what remains on the skin; the vetiver base is not incredibly perceptible.

The second bid for Cologne freshness leaps clean out of the citrus groves of the Midi to land in the Alps, land of gentian, the “yellow fairy” whose distilled root has been used since the late 19th century in the traditional, bitter French aperitif Suze.

Though Jean-Claude Ellena states that this is the first time gentian is used in a perfume, once more, the Aqua Allegorias were there before, with Gentiana; L’Artisan Parfumer Tea for Two and Shiseido Zen (the 2000 version with the sex-toy-for-aliens bottle) also feature is as a note.

In Eau de Gentiane Blanche, the gentian is matched with another root, iris: in classic Ellena fashion, gentian links with iris through their rooty, bitter facets, and iris in turn links with the third featured player, white musk, through its powdery notes.

White musk is of course the alternative to citrus as a sign of clean-and-fresh: what is surprising is Ellena’s use of it, as he is definitely not a paid-up member of the just-stick-a-lot-of-musk-in-it club. But then, he didn’t like vanilla either until he came up with Vanille Galante. And this particular musk is just what’s needed to keep the gentian-iris duet, with its puff of incense, from lapsing into Jansenist austerity.

For their concentration, the three Colognes Hermès have quite a decent lasting power: they can be either splashed or sprayed. All come in 100ml and 200ml bottles (Eau d’Orange Verte is also sold in 50ml and 400ml). They will be available in May in Hermès stores and retailers.

Added April 23rd: The French weekly L'Express has published an interview of Françoise Caron and Jean-Claude Ellena, in which he says that gentian absolute is a very new material. This explains why he claims it's the first time it's been used in perfumery.

[1] Actually, this wasn’t quite the very first Hermès cologne since Germaine Cellier had created an “Eau d’Herbes” for them at an unspecified date (possibly the early Sixties).

[2] Listed in the press kit as Rhubofix, aka rhubarb oxirane, a Firmenich molecule described as “fresh woody spicy floral rhubarb”.