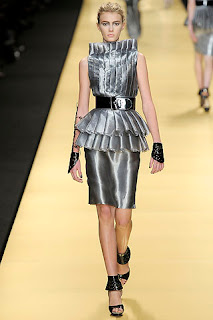 I’m not much of a one for layering. I figure the perfumer knew what he/she was doing in the first place – it’s hard enough to get those notes to work together without throwing more stuff into the cocktail. And if they didn’t, or I don’t like where they’re going, what’s the stuff doing on my skin in the first place? The last time I layered (accidentally) it was Tubéreuse Criminelle over Cuir de Russie (which I’d figured had evaporated after a long, long day). Somehow the tuberose woke up the leather, and the leather didn’t take to it very kindly. Sweet reader, it got pretty physical – though actually not that bad-smelling at all. But though I’d put my money on the tuberose, much fresher for having been spritzed later in the game, by 3 A.M., the leather just sat down and ate her, roots and all. There was barely a minty-camphory burp.

So second-guessing the chemistry kit always seemed a little risky to me.

Given the secrecy of the perfume industry, we’ll probably never know if the three Kapsule fragrances were indeed conceived with the intent of combining, or if that’s just more marketing-speak. Possibly, as I wrote in my first entry on the Kapsules, Buxton and Coppermann, working in the same lab and having worked together on a fragrance, had some degree of cooperation. But I honestly didn’t feel the various combinations opened new and exciting possibilities within the trio. None of them clash, which is the least you could expect. Each combination is pleasant. But I still haven’t decided if the three scents are really subtle, or a little on the vague side – not quite entirely committed to what they are, which I guess you would need if you were planning to layer.

Light + Floriental: The green muguet-type note in Light and Floriental’s ivy leaf instantly join forces, but they don’t produce a grassy slap, more of a slightly watery (dare I say aquatic?) coolness that subsides into what has to be, though unlisted, orange blossom on a bed of white musk. Floriental’s shy violet pokes its purple head out after a while and adds a little metallic sheen.

Light + Woody: Easily the most long-lasting combination, still going, though at a whisper, after 24 hours, and possibly the most interesting. Light’s spices (clove and cardamom) warm up a notch with the cedar, almost veering into carnation territory, with a little indolic jasmine.

Floriental + Woody: The violet pops out and then withers, leaving a vague smear on the green ivy leaf note, which in turn softens Woody somewhat nose-tingling cedar. There’s definitely clove in there. Woody brings a nice warmth to the blend.

Light + Floriental + Woody: Woody’s cedar and Light’s clove attempt to smother all the other notes, but an unlisted orange blossom manages to surface, pulls up something that smells a lot like the ubiquitous mainstream amber-vanilla base, and goes on being nicely sweet for several hours. Somehow reminds me of Gucci Eau de Parfum and even, at times and without the indolic kick, of Mona di Orio’s Nuit Noire.

I realize, rereading these notes, that my approach of perfume layering is somewhat different from the one I’d use to describe a “solo” fragrance – as though I’d been on the watch all the while, slightly weary of alliances and discords between the notes… Maybe this is another way of understanding the art of perfumery? After all, it’s probably after trying out things that ought to work, making unexpected mistakes and brokering unhoped-for marriages that you learn to compose…

P.S. There's still time to enter the draw for a trio of Kapsule minis. Just leave a comment stating you'd like a go. You've got until Wednesday October 7th, midnight in Paris (GST +1).