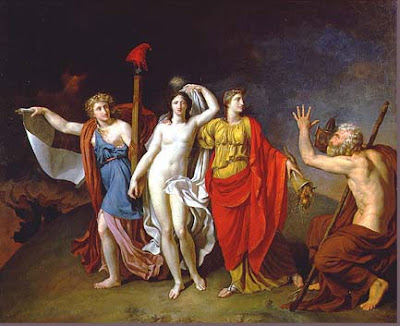 I haven't been lazy, but the latest posts on skank took a lot out of me, and I've been working on a book project...

However, I have found the time to have tea and pastries with two members of the French perfume forum Beauté-Test at the Salons du Palais Royal Shiseido, for the official launch of El Attarine.
I am happy to report that the sample I received, and reviewed, earlier this summer, was indeed authentic.

Secondly, upon more extensive skin and strip testing, the impression that this fragrance, like Serge Noire, is a sum of many previous compositions -- the Bois series, Santal de Mysore, Fleurs d'Oranger among others. On first sniff, the notes are so blended that they are difficult to pick apart. Then, as the fragrance develops, it gives off very different effects on our various skins -- proponents of the chemistry-doesn't-count be damned. On the fair-skinned redhead of our trio, the dried fruit came to the fore. On the fair-skinned brunette, a powdery, incense-laced benzoin emerges. On the olive-skinned brunette (myself), a woody, sandalwood and cedar base predominates. All smell quite differently than the strip. Cumin-haters may pick the spice out, but it's very well blended and didn't give off a sweaty or curry-like smell to our noses. It is in no way comparable to the spice-fest of Arabie.

In addition, the rumours about the discontinuation of Miel de Bois are strenuously denied by the Palais. I started those rumours, and I offer my mea culpa to the three fans of the scent who felt the need to stock up. The info had been given to me by an S.A. in a major Parisian department store: quite possibly, some stores will stop stocking it because it sells poorly.

Finally, those of you who've received the new wax samples (El Attarine, Encens et Lavande, Iris Silver Mist and Un Lys) may have noticed that the scents are no longer classified by family. This is Mr. Lutens' personal decision: he feels that all his fragrances belong to the Oriental family and should no longer be distinguished otherwise.

I'll be doing one more post this week: then I'm off for the weekend to Barcelona, where I plan to visit the Museum of Perfume, and hopefully bring back a story.