From the Sun to the Moon: Scented candles by Cire Trudon 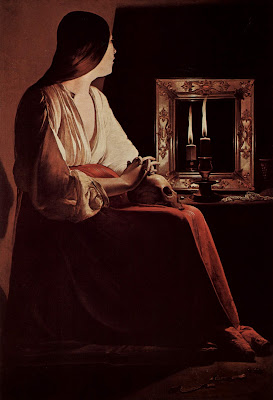 Trust an out-of-towner to tell you about shops on your own turf. When my friend B. emailed me from to ask about the prices of Cire Trudon scented candles, I went straight to their website and from there, to their boutique in Saint-Germain-des-Prés, quite intrigued by the combination of prestigious history and hip factor involved.

Cire Trudon is no less than the oldest candle manufacturer in , founded in the mid-17th century. Its candles have lit – and still light – churches all over the country, including the église Saint Roch where the funeral services of actors and artists (most recently, Yves Saint Laurent) are traditionally held; Trudon furnished the French court since Louis the XIVth; today, it manufacture candles for prestigious houses such as Guerlain, Cartier, Dior, Hermès, and supply the Ritz; in a throw-back to their own, royal history, they also furnished the set of Sofia Coppola’s Marie-Antoinette.

To these impeccable credentials, the Blondeau family who has owned Trudon since 1989 has added hip credibility when Ramdane Touhami became co-owner of the brand.

DJ/entrepreneur/fashion designer Touhami’s bio is an impressive and eclectic line-up of accomplishments: in 1998 he opened the concept store L’Épicerie as a trashier, hipper version of Colette; his Parfumerie Générale was the first multi-brand niche cosmetics shop in Paris; his Bureau Politique store sold his own brand of menswear, Résistance RT; he opened a chain of luxury shops in Japan.

Stepping into Cire Trudon boutique on the rue de , with its 18th century shabby chic décor, you wouldn’t think it had been redesigned by the intensely edgy Touhami. The 10-candle line he conceived is similarly inspired by the house’s prestigious history, from the Sun King to emperor Napoleon…

Each candle is placed under a glass bell, which is lifted: it is the air inside the bell that you smell. The scents are quite complex and aromatic, true compositions as opposed to single notes, with a predominance of citruses and mint. Manon is a lovely lavender which must surely have aldehydes: it gives off their characteristic, hot-iron-on-clean-linen note. Odalisque is citrus and orange blossom on vanilla; Trianon would be a fine complement to Balmain Vent Vert, with its galbanum, hyacinth, rose and musk accords…

A leap from the salons, convents and gardens of aristocratic lands you straight into the early 20th century, with Dada, a blend of tea, vetiver, mint and eucalyptus that is meant to open up “magnetic fields”… And you realize that something’s awry.

Then you stick your nose in Odeur de Lune and think you’ve tumbled down a worm-hole into the Comme des Garçons shop. Mineral, vegetal, animal? It doesn’t outright stink, but would you want your house to smell of the moon?

The candle was conceived by young French artist Philippe Parreno (who also designed one of the cafés of the trendy Costes empire and co-authored a movie with Douglas Gordon on French soccer legend Zinedine Zidane), and is supposedly based on NASA reports. What, then, does the moon smell of? Apparently, molten metal, sulphur, kerosene, salt-peter and coal, on a burnt wood base. This conceptual and disconcerting smell is to be the first of a series: another artist, Carsten Höller (who conceived a fitting room for the Dior Homme boutique in under Hedi Slimane’s tenure), is reported to be working on a candle based on pheromones.

Aside from this rather costly (€50) line, whose scents were developed by the decidedly gifted Mr. Touhami, Cire Trudon sells less expensive (€22.50 for the larger size, €7 for the small) line of 32 scented candles in more traditional fragrances, including a wide array of gourmands (caramel, chocolate, croissant, tea, cinnamon), a lovely old-fashioned violet and the very Caron-inspired Fleur de Coton (which smells a bit like Caron face powder) and Tabac Blond.

Please note that no bees were harmed or otherwise exploited to make the candles: Cire Trudon uses its own, secret blend of all-vegetal ingredients.

Cire Trudon candles are sold at ’s and Roja Dove’s shop in and in selected Barney’s in the , as well as in the L’Éclaireur boutiques in . But if you are in , it would be a shame to miss the shop…