Moon Dance by Juliette has a Gun: Of Kitsch, Nostalgia and the 80s Revival 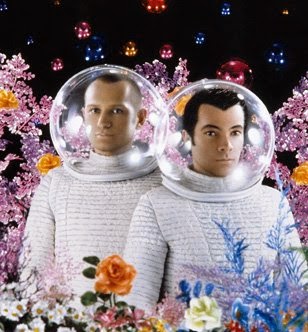 Juliette Has a Gun’s new Moon Dance should set fans of vintage fragrances aflutter. A zaftig, 80s-style animalic floral chypre in the lineage of Montana’s Parfum de Peau, it revolves around the mid-20th-century base Animalis. A fur-and-honey blend of civet, castoreum, sandalwood and musk, Animalis prowled in Piguet’s 1945 Visa; it dirtied up YSL Kouros and the aforementioned Parfum de Peau in the 80s; it was last spotted in État Libre d’Orange Vierges et Toréros (and might well have inspired Francis Kurkdjian’s Absolue pour le Soir).

So far, so feral. The unnamed perfumer who composed Moon Dance feeds Animalis bra-strap-popping doses of tuberose and rose absolutes along with patchouli “coeur”, a fractioned distillation version which is its sole concession to modernity. While the richness of the blend is initially as satisfying as a banquet after a diet, it quickly starts feeling cloying and unfocused.

Like any other creative field, perfumery moves forward by sifting through its own past to pick ancient forms to revive; to seek out aesthetic filiations out of forgotten or neglected paths. After two decades of gourmands with ever-increasing doses of glucose competing with skinny, market-tested iFrags, there seems to be a trend towards re-exploring the pre-Angel, pre-L’Eau d’Issey 80s. This trend is driven by two factors. First, quite a few perfumers fell in love with perfumery during that decade, either as children/teenagers or as fledgling professionals. The other is the ever-more-frantic catering to Middle-Eastern markets, whose clients crave hefty sillage.

There are two ways of going about re-exploring the past. One is truly contemporary: when Olivier Polge and Jean-Christophe Hérault, Frank Voelkl or Sidonie Lancesseur take on the rose-vetiver 70s/80s chypre genre in, respectively, Rosabotanica (Balenciaga), Ylang 49 (Le Labo) and Rose Infernale (By Terry), they deconstruct it to offer in a novel form. When Antoine Lie composed his “Poison meets Shalimar in Goa” Daphne for Comme des Garçons, he gave it a contemporary bent by juxtaposing broad, bold blocks of notes in a style that quoted the past without aping it.

Moon Dance represents the second option: a nostalgic, “this could be vintage” style piling up signs of “perfume richness”, more typical of London-based brands like Amouage, Roja Dove or Grossmith. But though these very brands lay claim to the “artistic” label, what they offer is often the olfactory equivalent of kitsch – an imitation of “serious” art that fosters a self-congratulatory sentiment in consumers; which reassures them as to their “taste” though it doesn’t enrich their associations with the depicted theme.

Nostalgia for the Golden Age of perfumery is actually embedded in the basic mission statement of niche perfumery – “we’ll make perfumes the way they used to be made”. The best niche perfumes are, of course, those that use this statement as a springboard to offer novel readings of the olfactory world; of the history of perfumery. Fragrances such as Moon Dance do not play on humor and irony in their neo-academic renderings of “Golden Age” perfumery – in other words, bereft of quote marks, they don’t even come under “camp”. This satisfies a certain number of customers, and why not? Perfume is foremost a commodity designed to please.